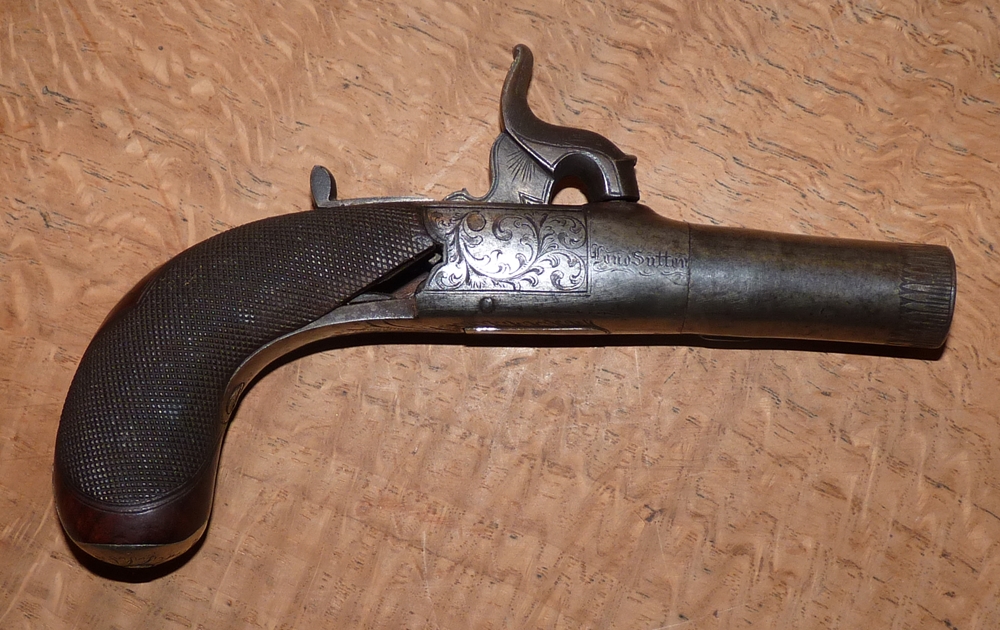 29/6/2015 – I’ve just finished boxing up the pair of pistols – I realised that they had the name on the left side and the address on the right – opposite to the normal convention, so they are in fact by Abbey ( no initial) of Long Sutton in Lincolnshire not far from King’s Lynn.

Here are a couple of pictures of the finished product – the box is an old cutlery box that I put a nice burr veneer quartered on the top – the pistols have been repaired, including making a very fiddly sear spring and inserting a bit into the butt and chequering it.  The tools are contemporary but not original to the pistols. 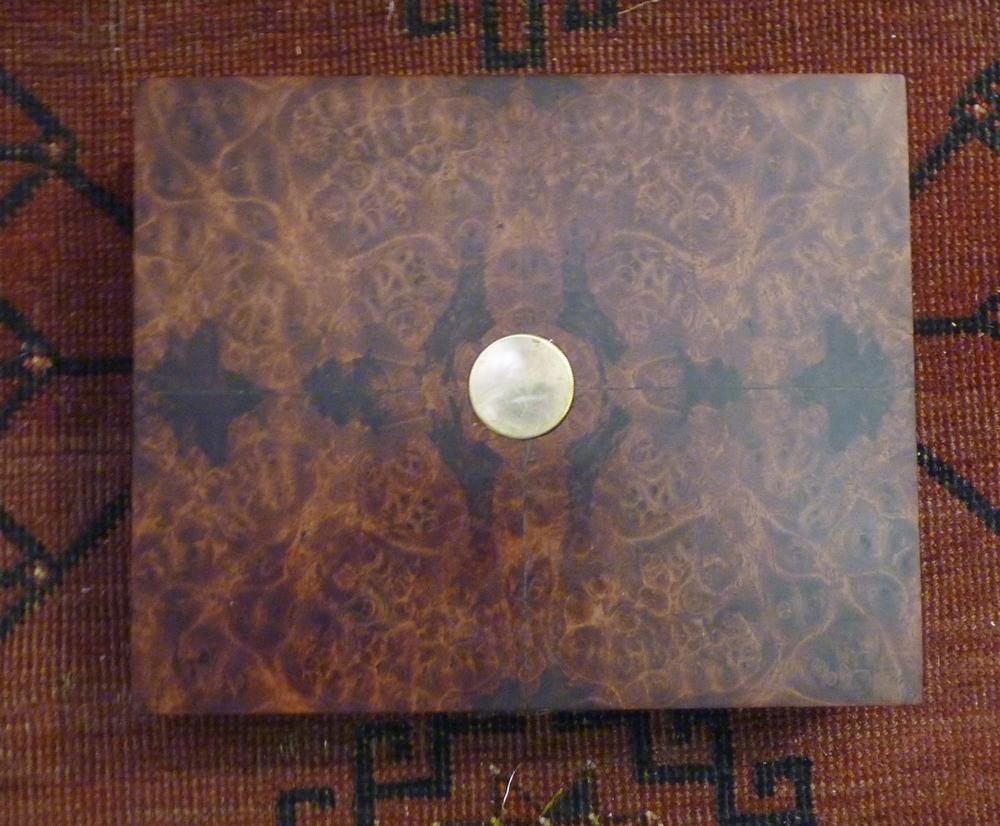 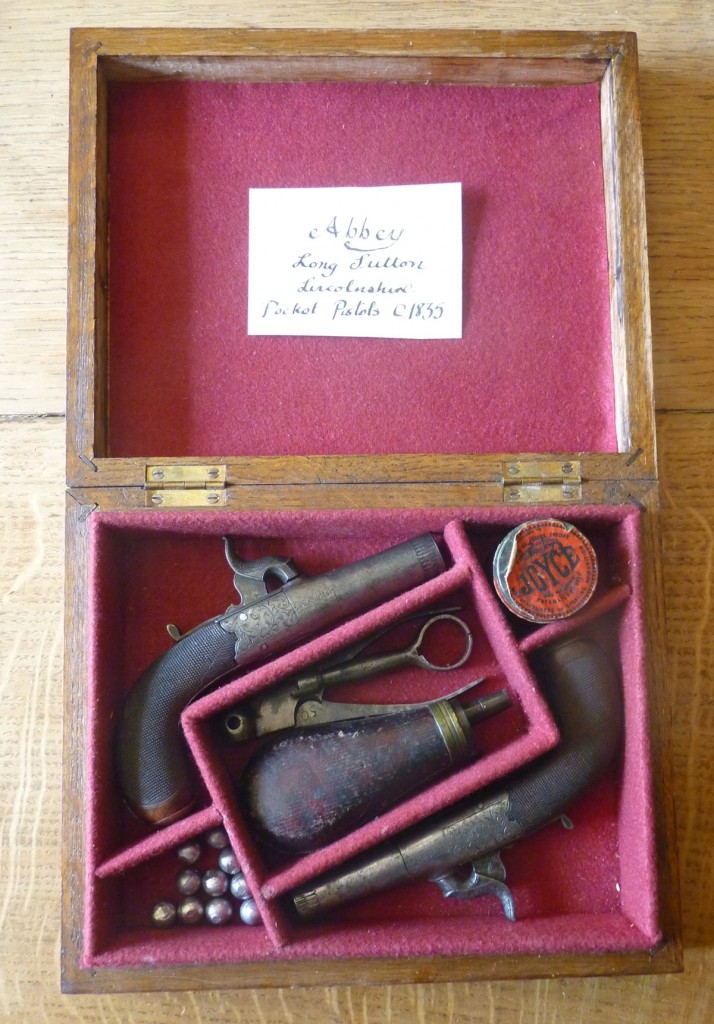