Here is a gun I borrowed from Dick to put on the website – its a fairly early French double 16 bore  made as a dual pinfire ( the notches in the barrel for the pins have been filled)/centrefire gun  (possibly a later conversion?) by ‘Le Faucheux a Paris’ according to the engraving on the locks – I don’t know if that is the same as Lefaucheux as its written in all the books, but it certainly looks right!    It has ejectors but, as one would expect on an early gun, the locks are non-rebounding so you have to put the cocks on half cock to open and  close the barrels.   The date(?) 1853 is stamped under the barrel, along with the barrel maker’s name and two numbers and several stamps with LF in an oval (Le Faucheux?)- the action flat is stamped 1854 and  LF in an oval and there are different numbers on  the barrel( 7688 & 1103  and on the flat (225).   Taking the barrels off involves opening the underlever and unscrewing a very large-headed screw that holds the front part of the metal fore- end in place.  This then lifts off the screw boss and a loose ‘packing piece’ that forms the front face of the hinge bearing falls off – the gun can then be opened and the barrels unhooked from the hinge pin at the front of the action flat.  You wouldn’t want to do that in the field as you would almost certainly loose the loose piece in the undergrowth! ( actually if you do it with the butt down it doesn’t fall off as its on a dovetail.)  The pictures speak for themselves:

As usual click on the pictures to see them at full resolution – browser back arrow to return to normal. 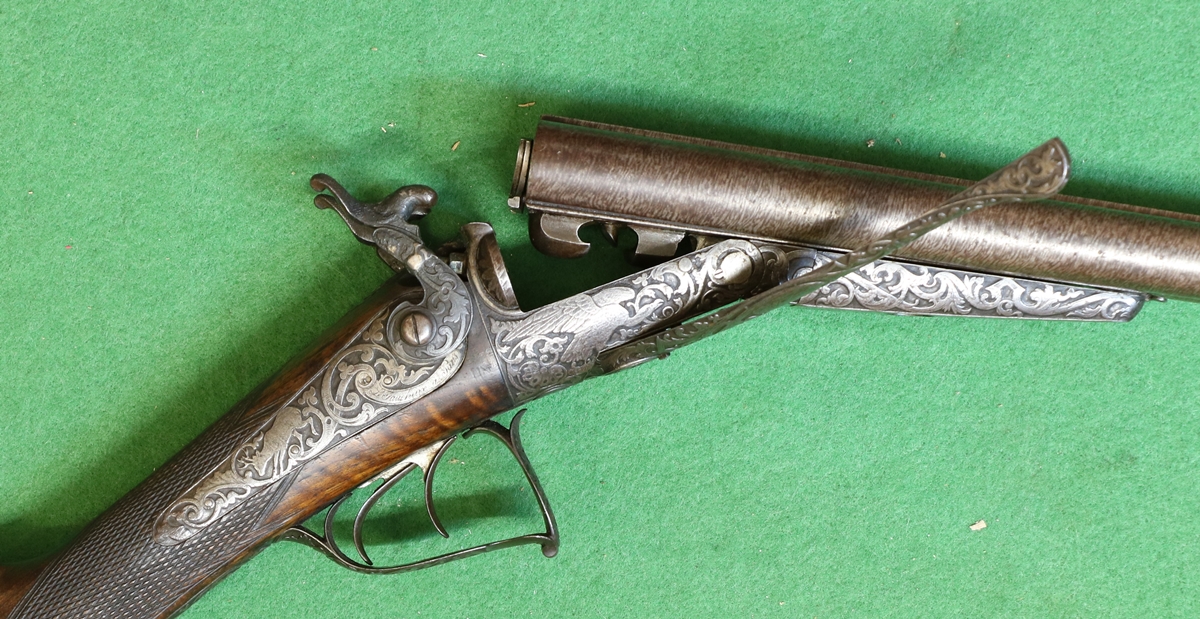 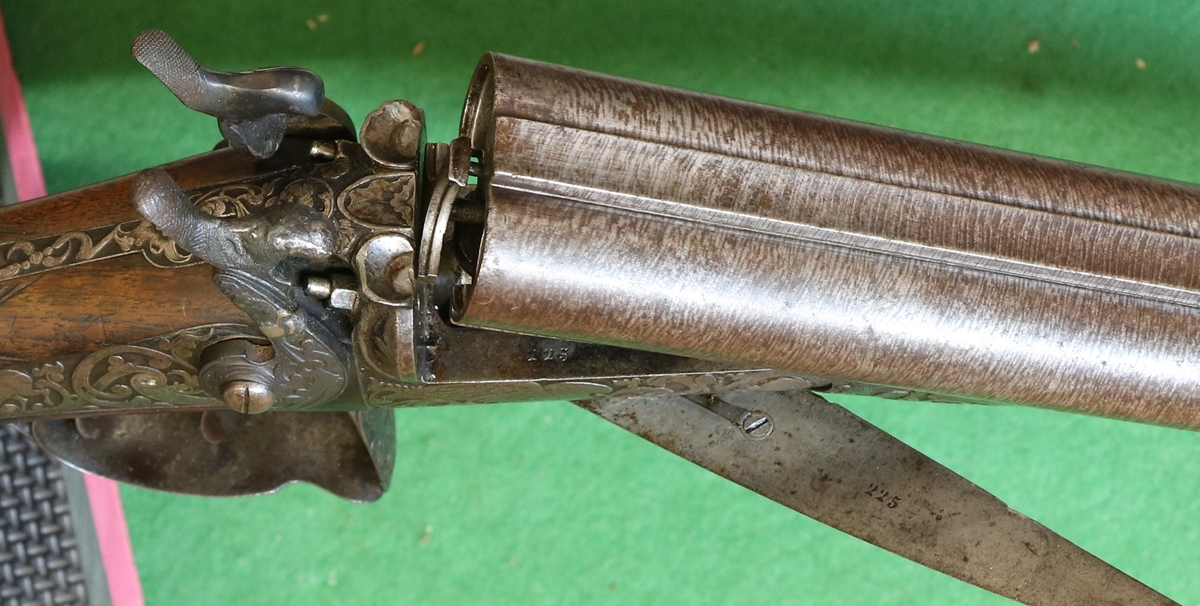 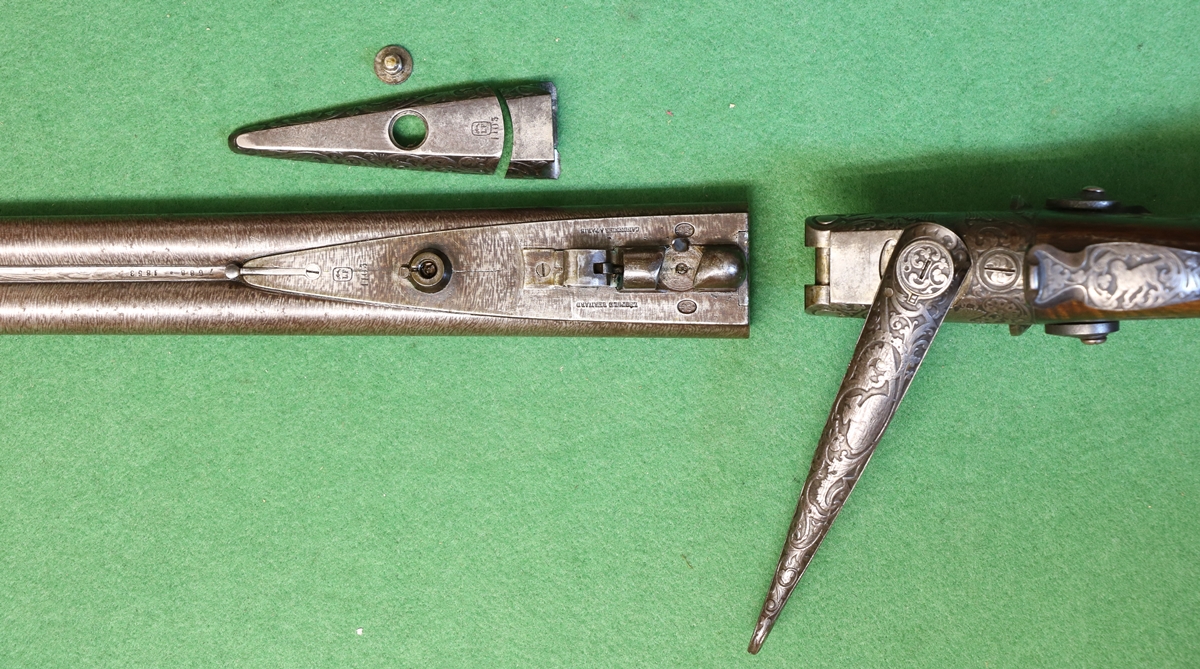