Here are some photos of the Joseph Manton double 22 bore ‘fowler’ of about 1791 converted from flintlock to percussion by the drum and nipple method to a reasonably high standard.  It looks as if it had quite a lot of use as a flintlock but not much after conversion. Therefore probably not an owner’s favourite gun converted for continuous use.  It is unlikely that it was converted by its first owner, as there would have been more than 35 years between original manufacture and conversion. It is one of the most elaborate straightforward drum and nipple conversions I’ve seen’ 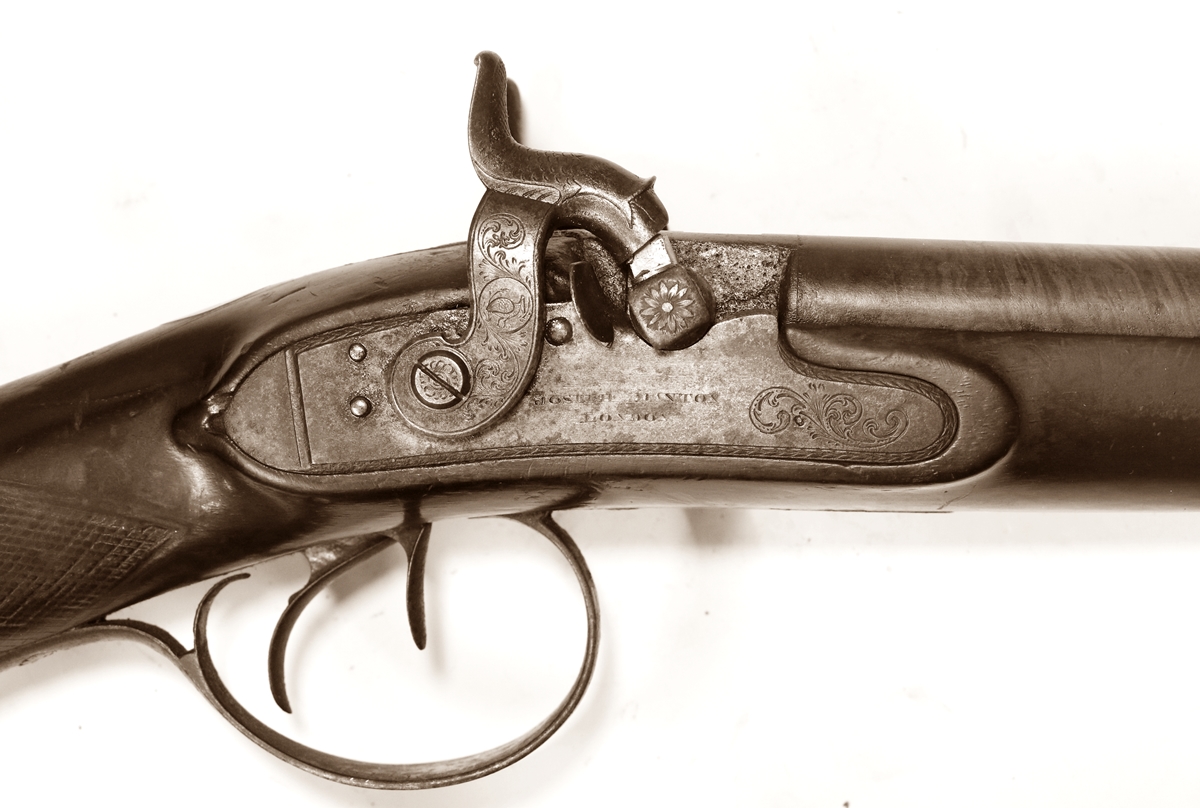 The scroll engraving on the toe of the lock is from the conversion. 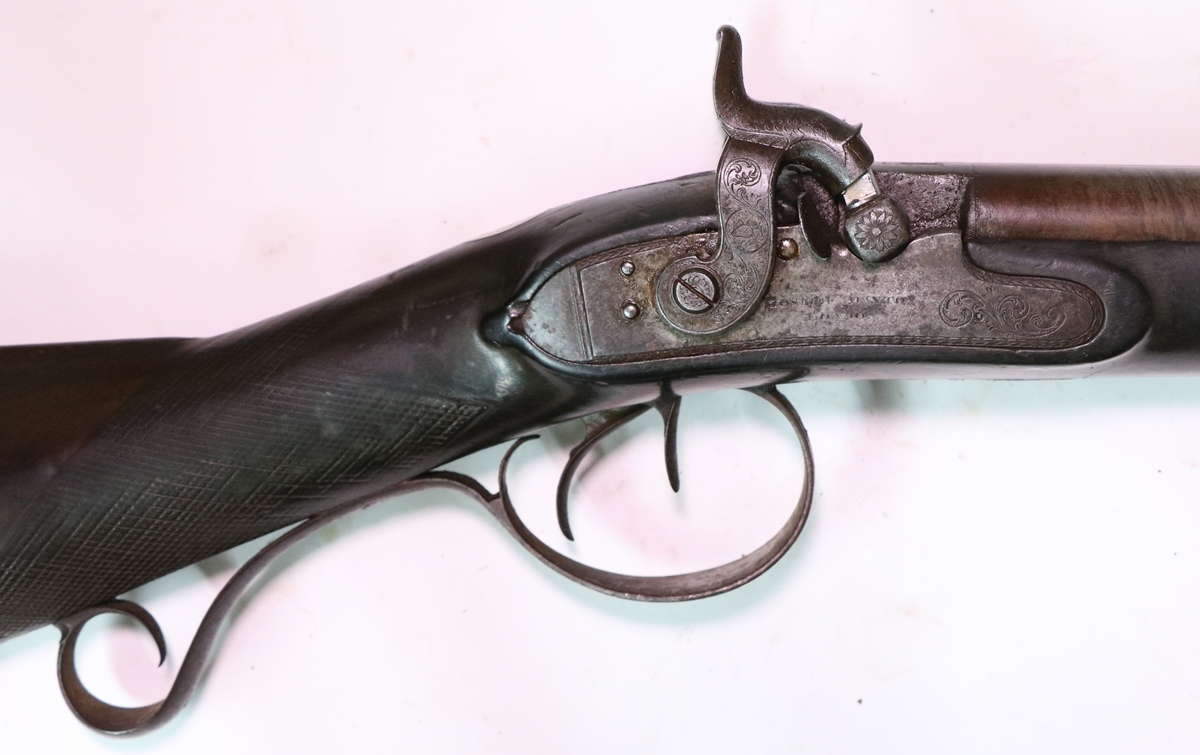 The sling eye is just off the photo , mounted in the stock.

Shame it has lost a bit of its gold poinson.  Note the False breech pin engraving 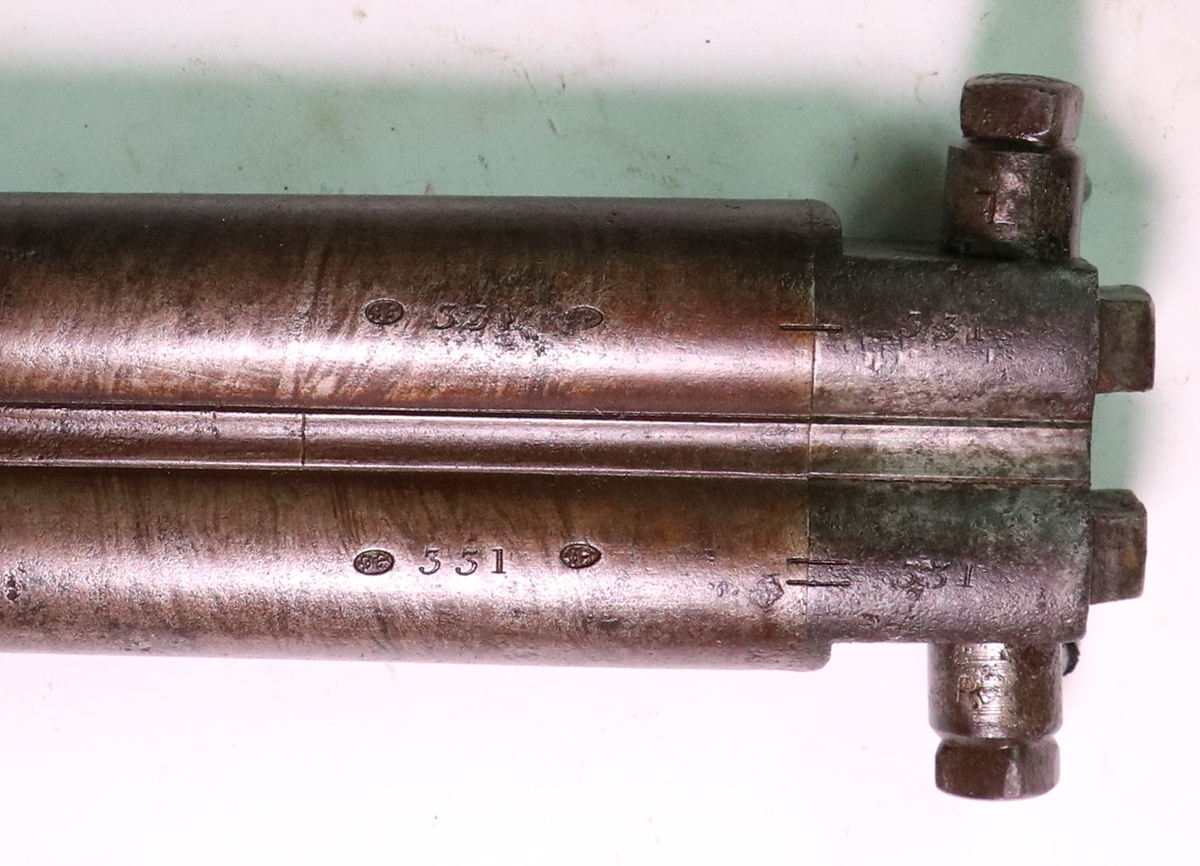 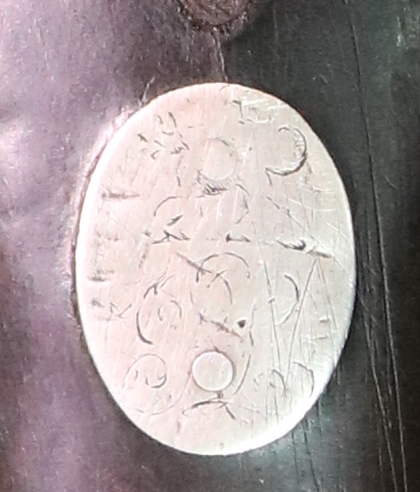 Initials surmounted by an unclear crest above.