Here is an interesting and very old blunderbuss – if it is as it seems it may be as early as the English Civil War (1642 – 1651) – certainly it is of a design that was current from about 1640 to 1670 at the latest as far as I can see – there can’t be many guns about from that date, so it may be something of a rarity and of significant historical importance – enough to keep one from ANY conjectural restoration work and anything but the most sensitive repairs !       Features that signify an early date are the general shape of the stock, the dog lock with flat plate and ‘teat’ tail, the sear pivoting on a vertical shaft, the barrel tang secured by a ‘nail’ from underneath, the ramrod pipe made from sheet and opened out to fix it and probably the key early feature – the cock secured by a post passing through the tumbler and pinned on the inside.  I’m not sure about the proof marks – London was using standard marks at that period but Birmingham was still 150 years from opening its first ordinance proof house – anything made in Commonwealth controlled parts   e.g London, would have used the Parliamentarian proof marks of a shield – I suspect that this has a private Birmingham proof mark along with the barrrel stamp E I T and another mark I cannot read.

Here are some photos ( taken with my travelling camera so not quite up to normal standard!)  – I’d welcome any ideas, particularly on the initials on the barrel stamp – they look like E I I or perhaps  E I T with a sun above.   One possibility for the maker is Edmund Truelocke (working 1660 – 1680?) with a shop in London.

The lock is held  in by 3 screws – an early feature. 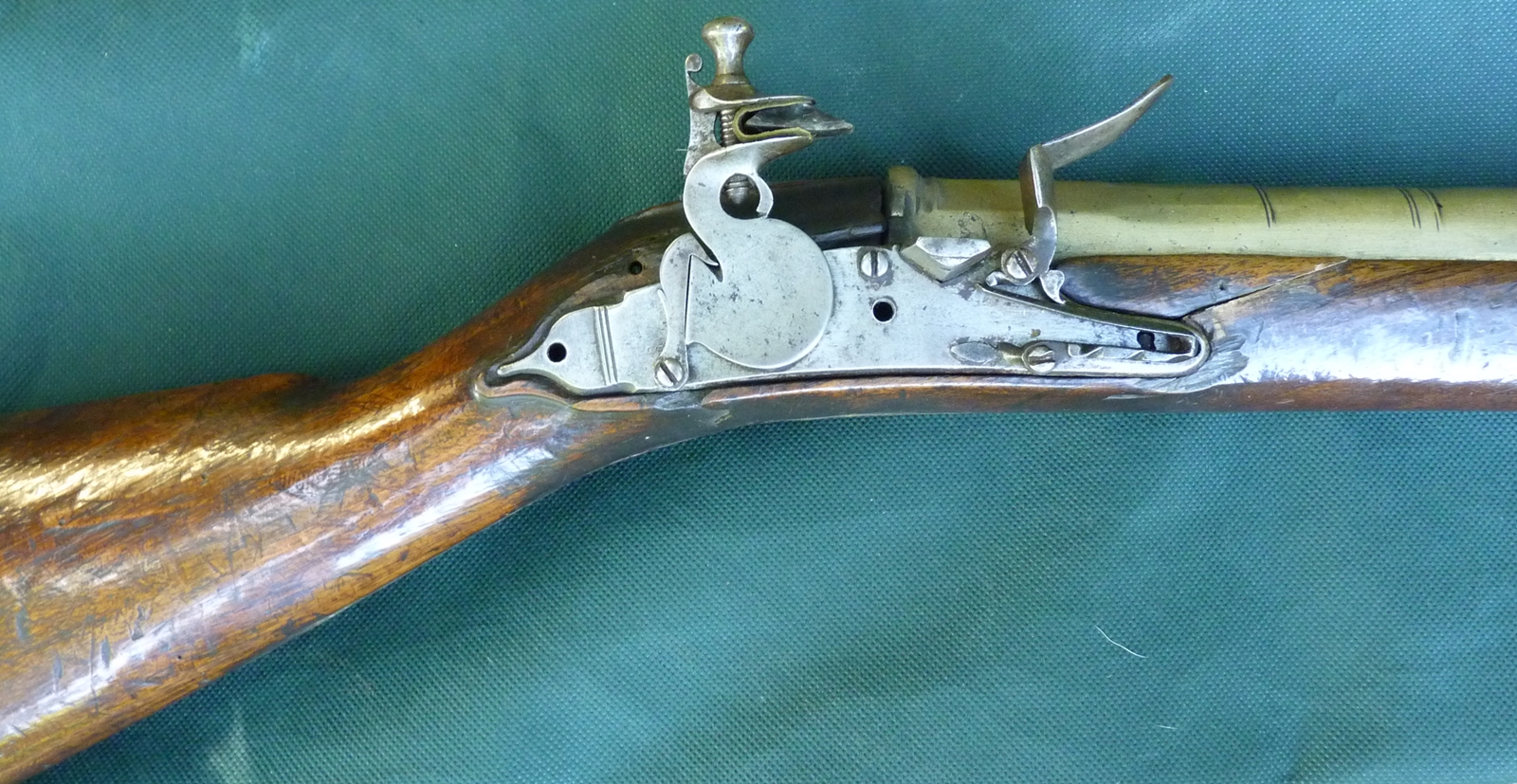 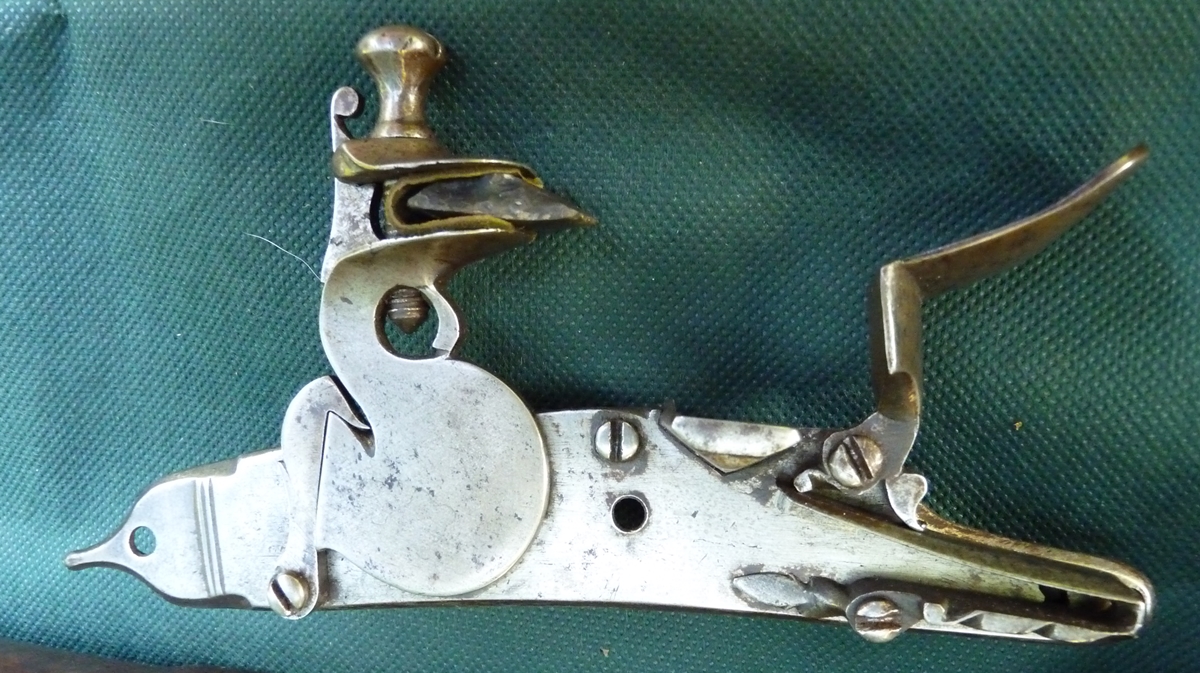 Note absence of cock screw holding cock to tumbler – its pinned inside – see below. 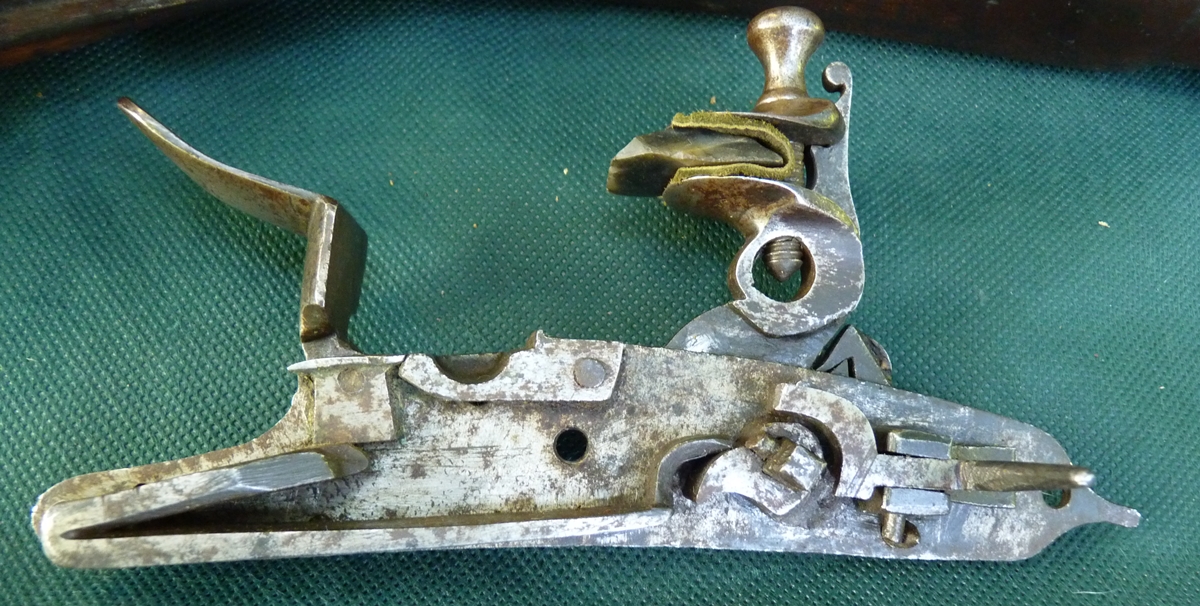 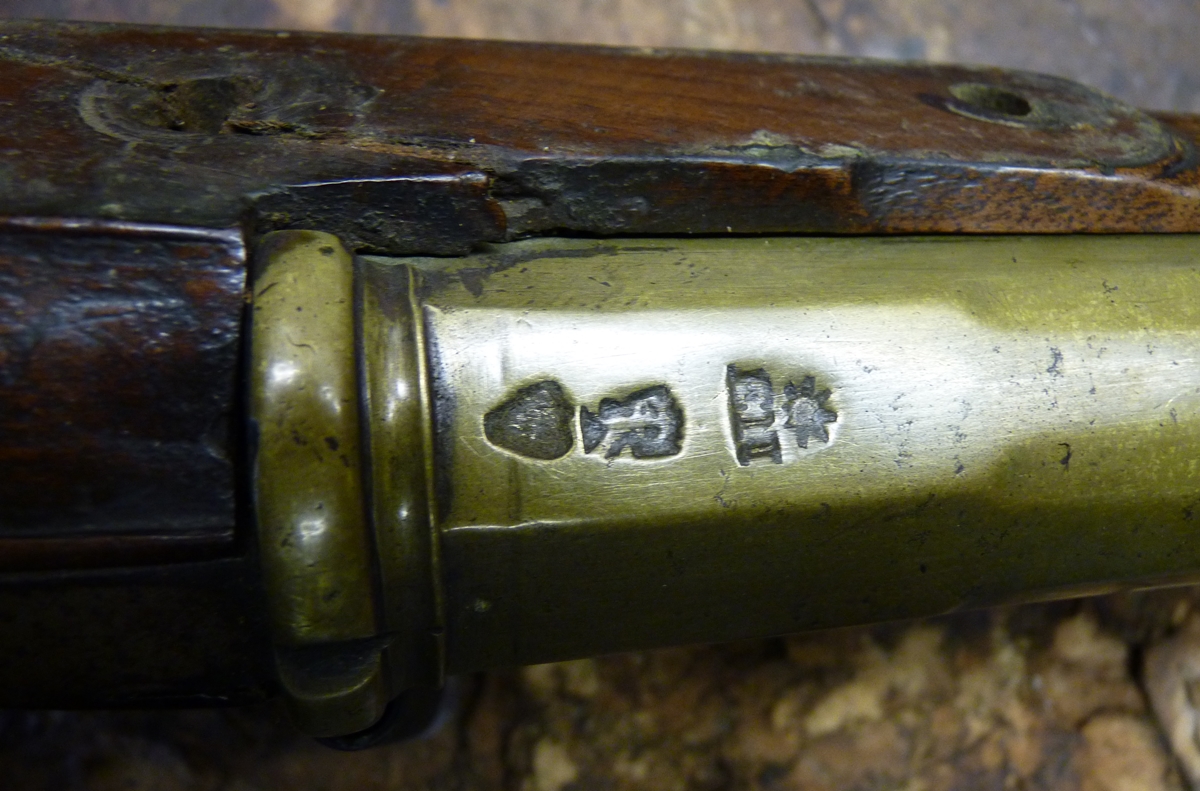 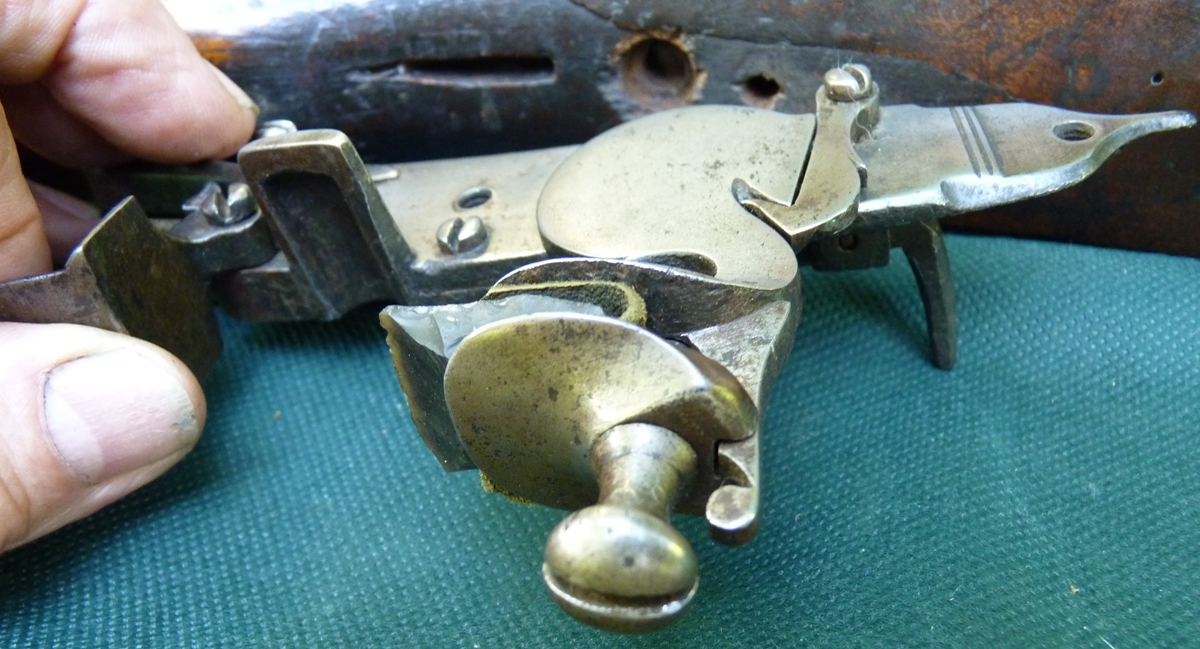 Nail secures tang from underneath.

The trigger guard looks a little flimsy although they were often  made of flat strip and screwed onto the wood at that date, not inset.

The trigger has been curled in a later way – a mistake.

There is a plain brass side plate that covers the whole flat – possibly original ? 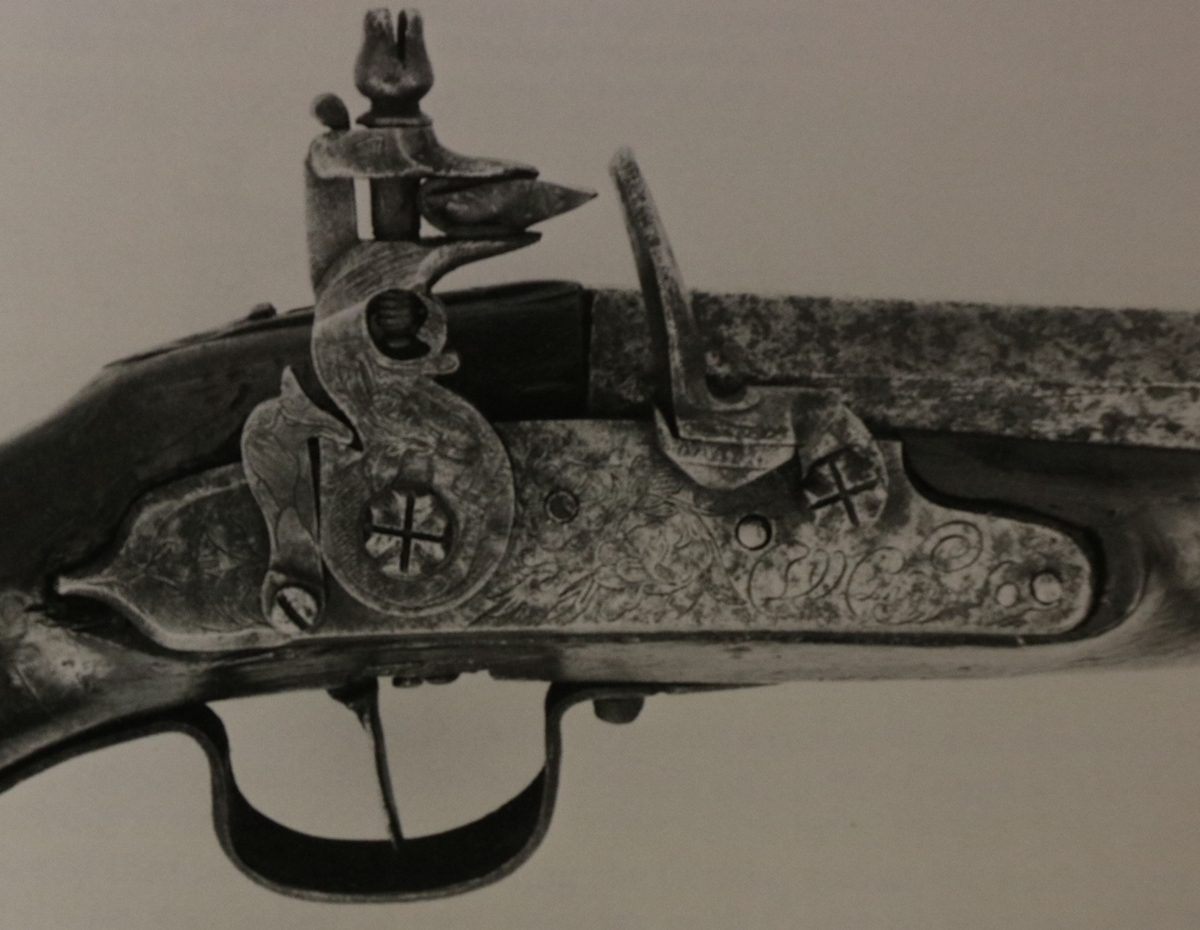 From W Keith Neil and Backs  ‘ Great British Gunmakers 1540 to 1740’.  Note straight trigger and flat strip trigger guard.   The three screws taht hold the lock are in the same places, but this one has a slightly later (?) cock fixing.