This little pair of pistols are marked ‘Public Office’ and ‘Bow Street’ and are signed Parker, who was the contractor to the early London constables and supplied various arms for the early London law enforcement patrols around the end of the 18th and beginning of the 19th century.  Interestingly there was some objection even then to arming the police, but the level of highway robbery on the roads leading in and out of London made it expedient to arm the patrols with pistols.  These little pistols are identical, but are not a pair – one is numbered 5 on teh trigger guard and the other is 13 (?check!).  They fire a hefty ball and would have been able to cause a nasty wound, although they are fairly light, so would not have had a very large charge of powder – in any event any gun wound was likely to prove fatal from infection in those times.  For details see ‘Those Entrusted with Arms’ by Frederick Wilkinson. 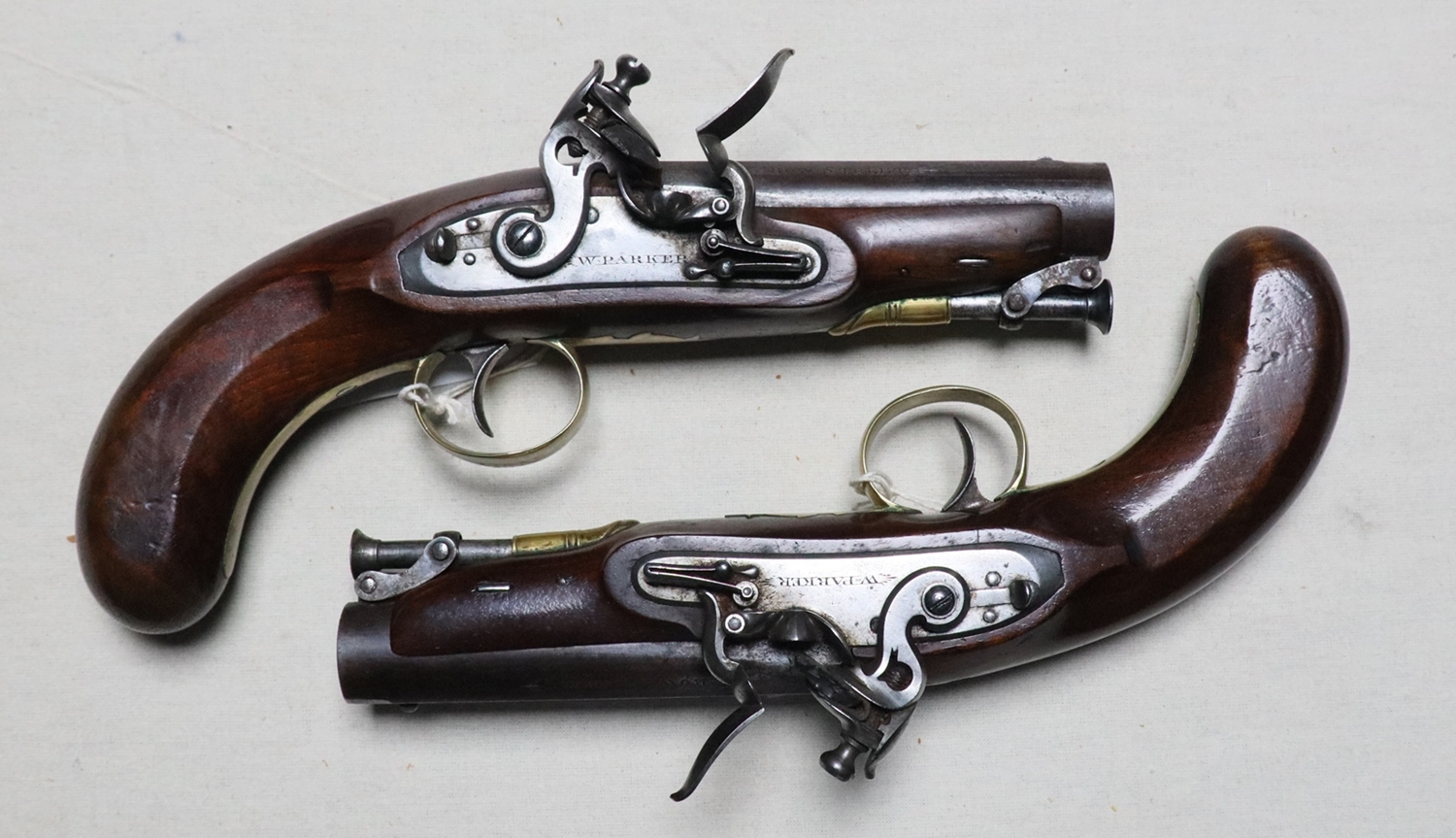 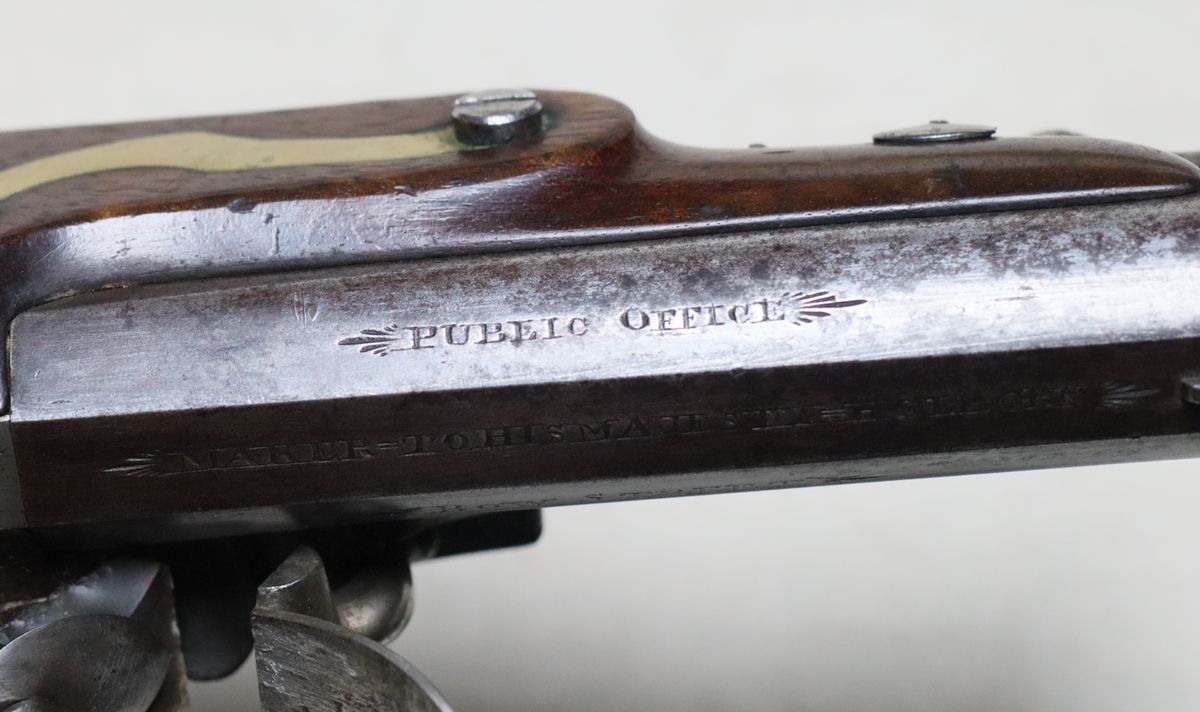