Joseph Griffin opened his business in 1739 in Bond Street London, and went into partnership with Tow in 1773 to form the well known gunmakers Griffin and Tow.   That puts a bracket on the possible date for this gun, and I would guess this was made in the middle of that period – say 1755 to 1760.   Like all pistols of the period it would have been made and sold as a pair, and indeed the escutcheon has No 1 engraved on it along with a chained bear – the personal arms of the owner.  The pistol is all original and conforms to the pattern seen in other Griffin Officers Pistols  – it suffered extensive damage to the fore-end and that has been very skillfully repaired and  is  inconspicuous. 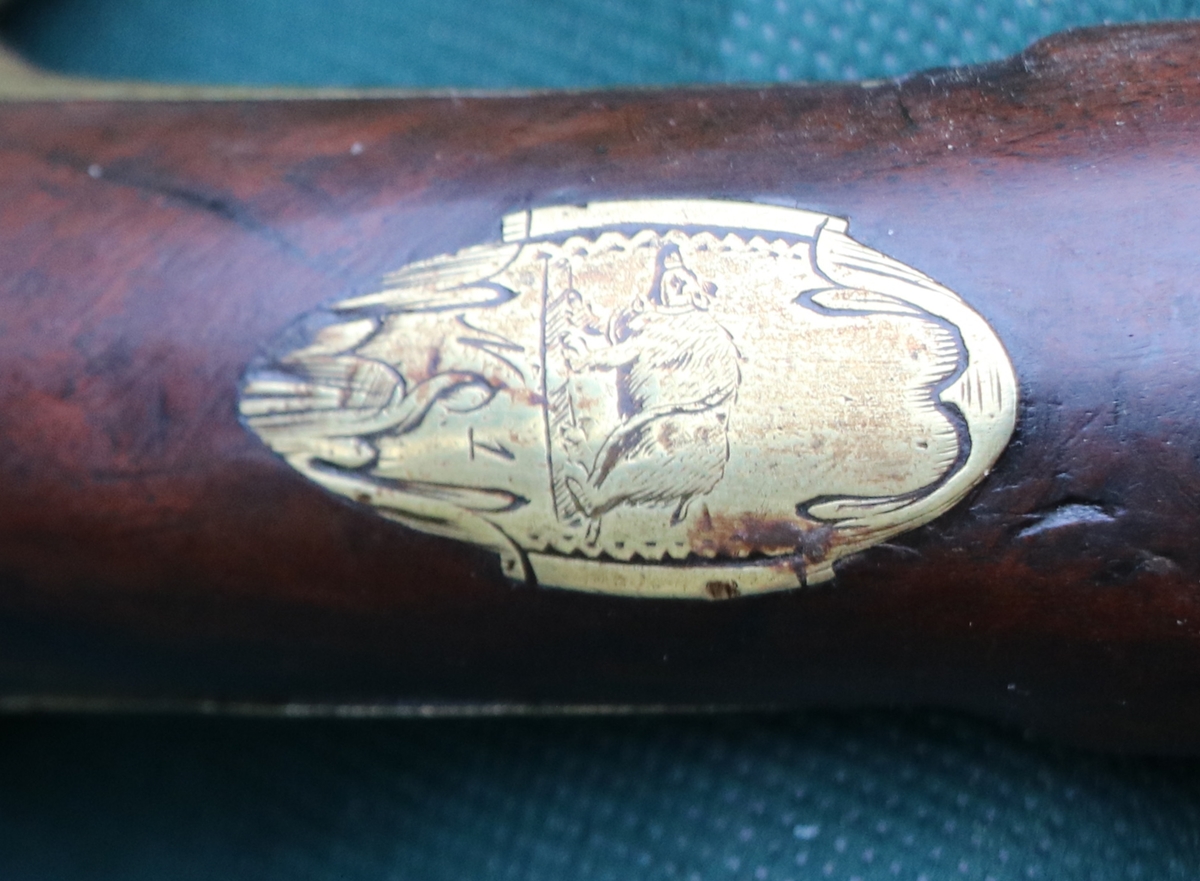