As I’ve spent so long playing with designs and looking at original breeches and standing breeches I though they deserved their own post. My immediate problem is finding a design for Fred’s gun that isn’t a dead copy but is in the spirit of the times – the times being early C19.

Here are some original breeches;- 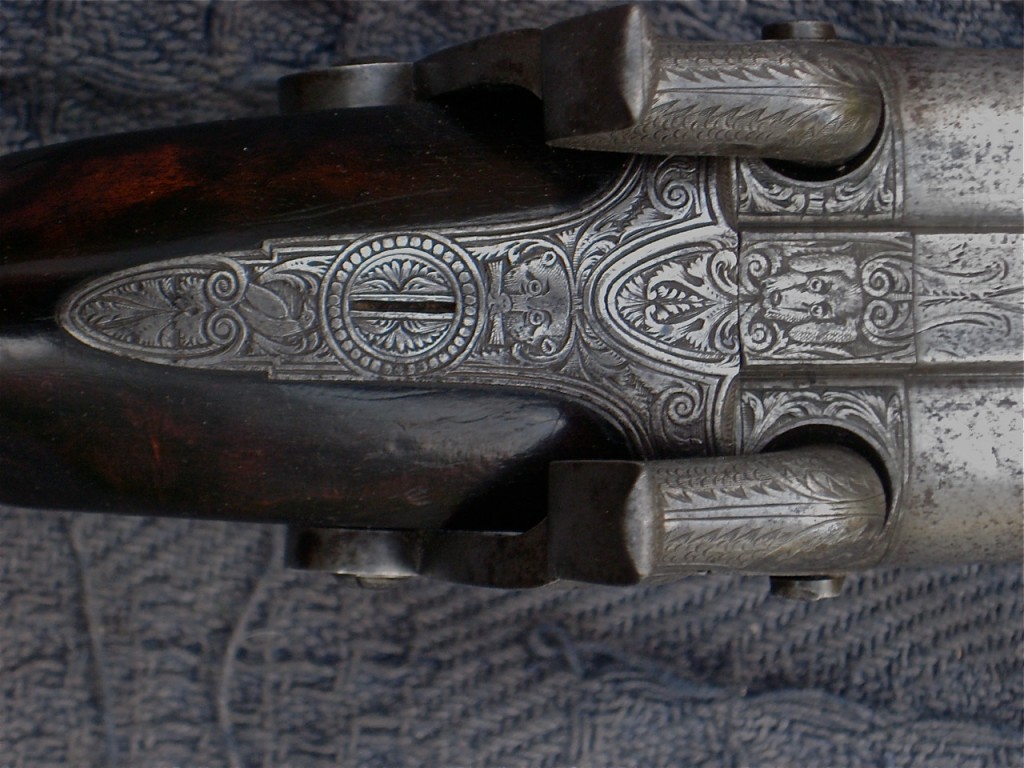 This breech on a Saml. Smith gun is a bit later, but shows very well that almost anything could be used to fill up the space!  Almost all breeches use raised designs against a cutout background, whereas the rest of the  gun was line engraved. 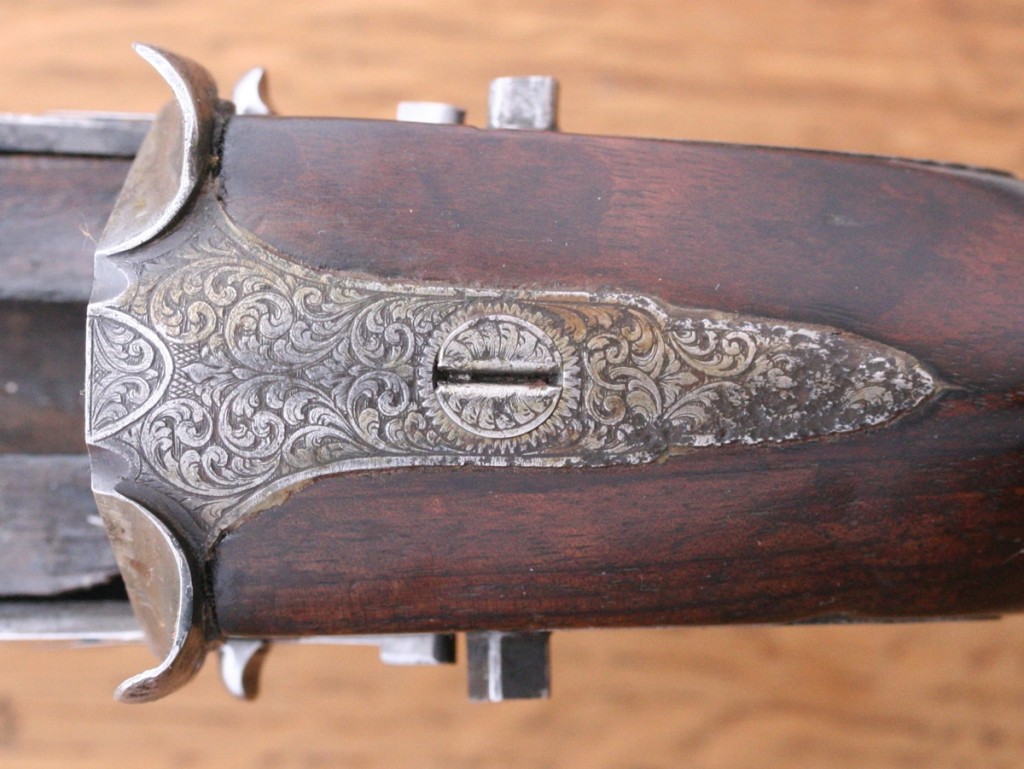 Another late breech – by Lancaster 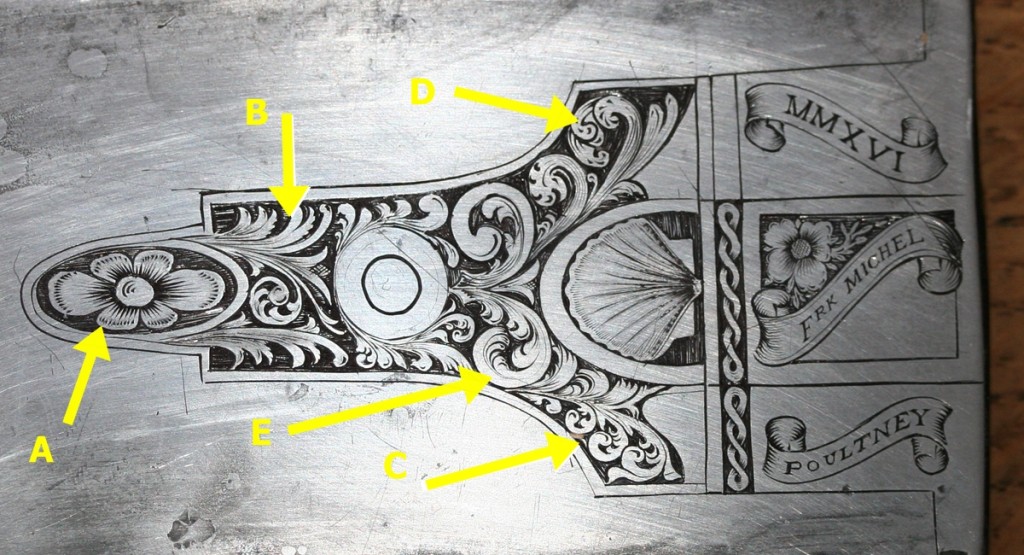 Here are some possible designs – a bit of a mixture 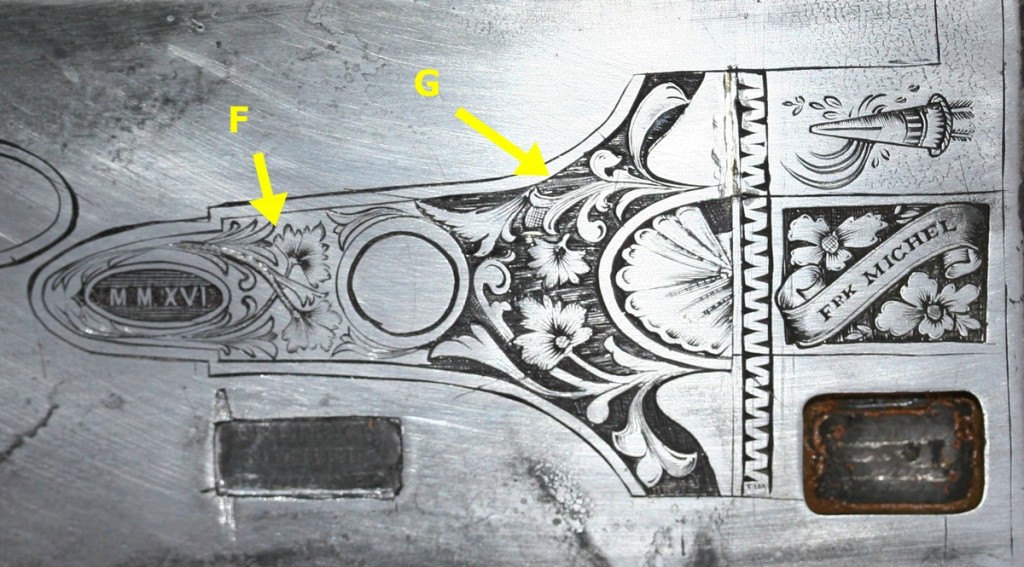 Here are a couple of ideas – the scrolls and strawberry leaf design is a revamp of a design that was popular on brasswork for pistols from the C17th. not quite right but I like the basic design.