In the later days of flintlocks, after about 1780, best guns were often sold cased in mahogany or oak partitioned cases with the accouterments necessary for their use and casual maintenance,which would probably include a jointed cleaning rod and jagg, a pair of turnscrews, a powder flask and shot flask or bullet mould, a small gunmetal oil bottle and sometimes a spring cramp for removing the mainspring. The case would also have a space for patches or wads and in the percussion era a box for caps, or a space for a box of Joyce or Ely caps.  Pistols would have the same but with a single piece cleaning rod.   In the flintlock era a small brush was usually(?) provided for brushing out the pan and pan area.  This was also included with some percussion cases and was used to clean round the nipple and in the hollow of the cock.   Percussion revolvers  sometimes also came with a brush to clean round the nipple area.

Accounts from gunmakere like the Mantons often list accesssories and their cost on customer’s bill, but appear not to include the brushes, and I don’t know what proportion of cased guns originally had brushes – however they would be easy to loose in the field and would wear out quicker than any other part of the outfit so that might explain their rarity in cased guns nowadays.  Looking at a few sources of photos of cased guns it would appear that where there are brushes they are quite small, and often handled in ivory.  I came across 3 photos of John Manton guns of a wide spread of dates and a couple by Egg that all had similar shaped ivory brushes, but given that one is from Keith Neil’s book ‘The Mantens’ it is possible that this was used a model for reproduction brushes to be included in the cased guns of the ( extensively restored) Paul Murray collection.  Almost all the brushes I’ve seen have a single  round bunch of bristles ( probably pig) of about 8 to 15 mm in diameter, although there are some that have 4 or so small bunches mounted in a line. 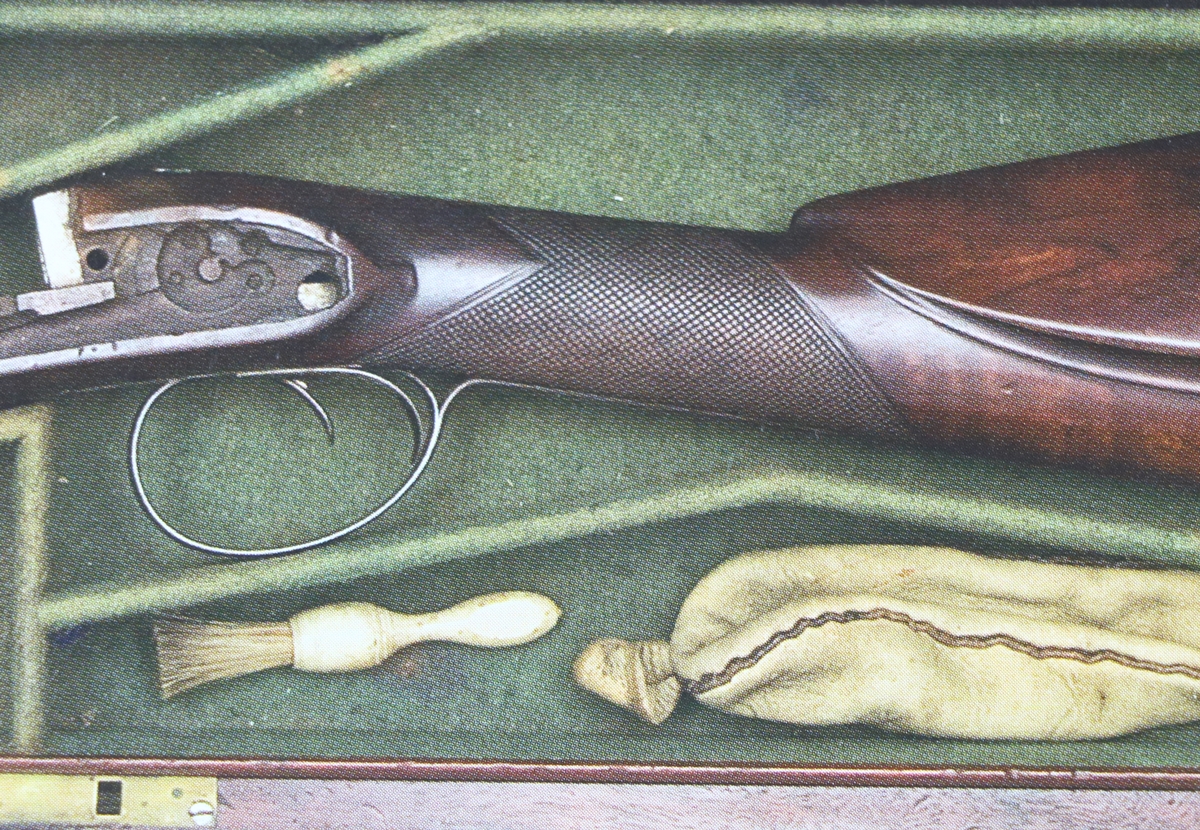 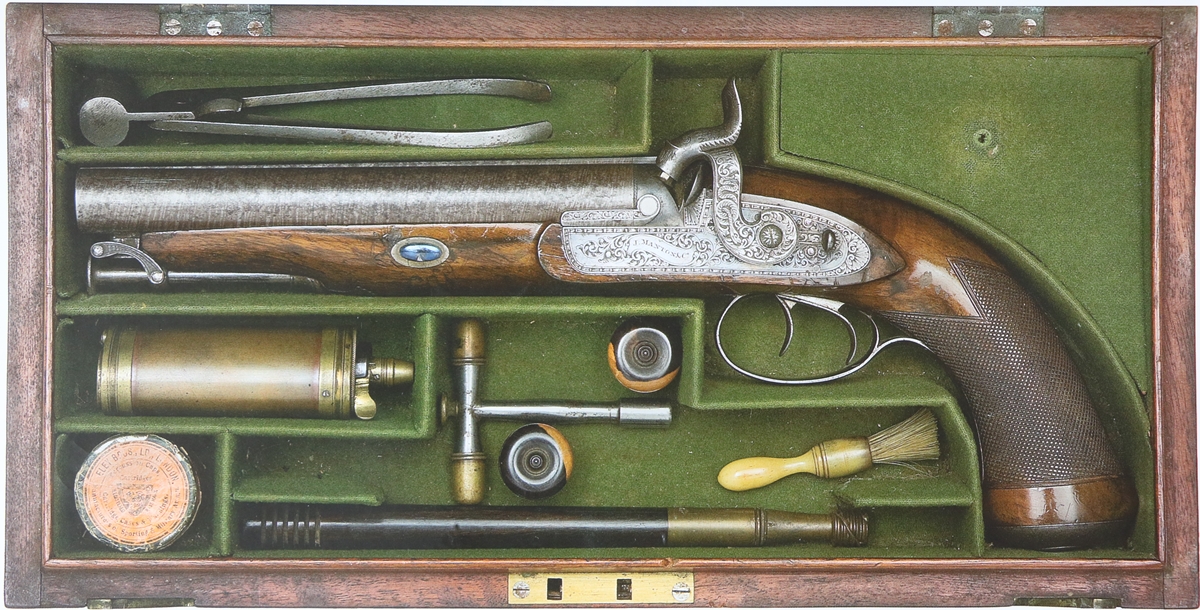 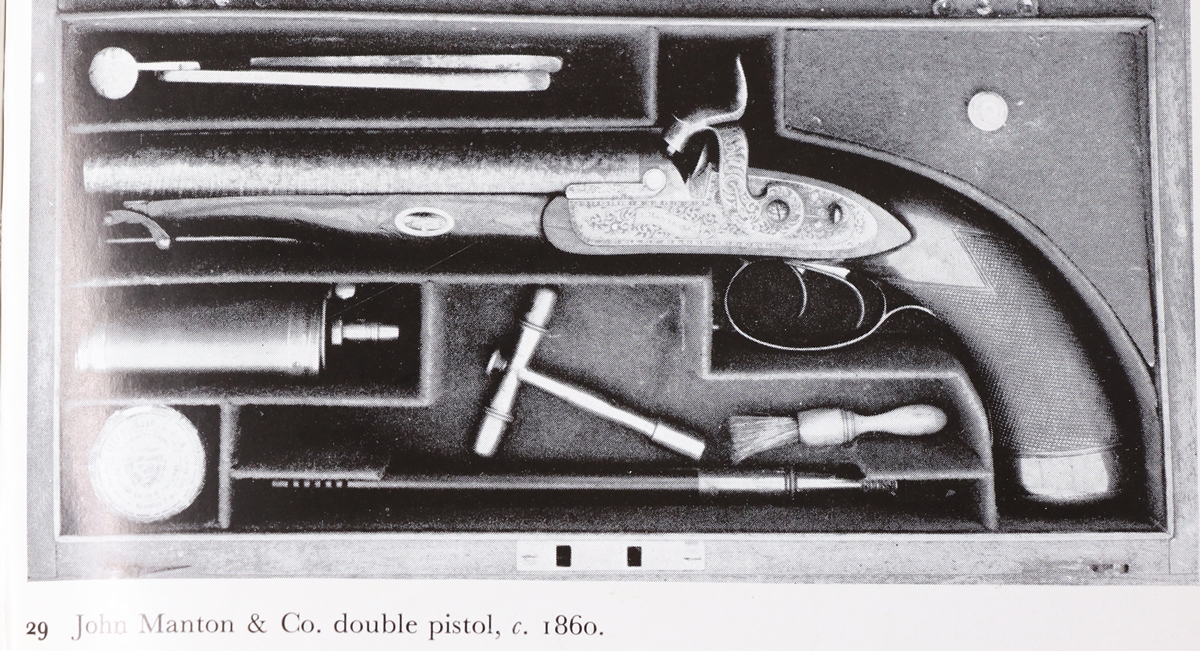 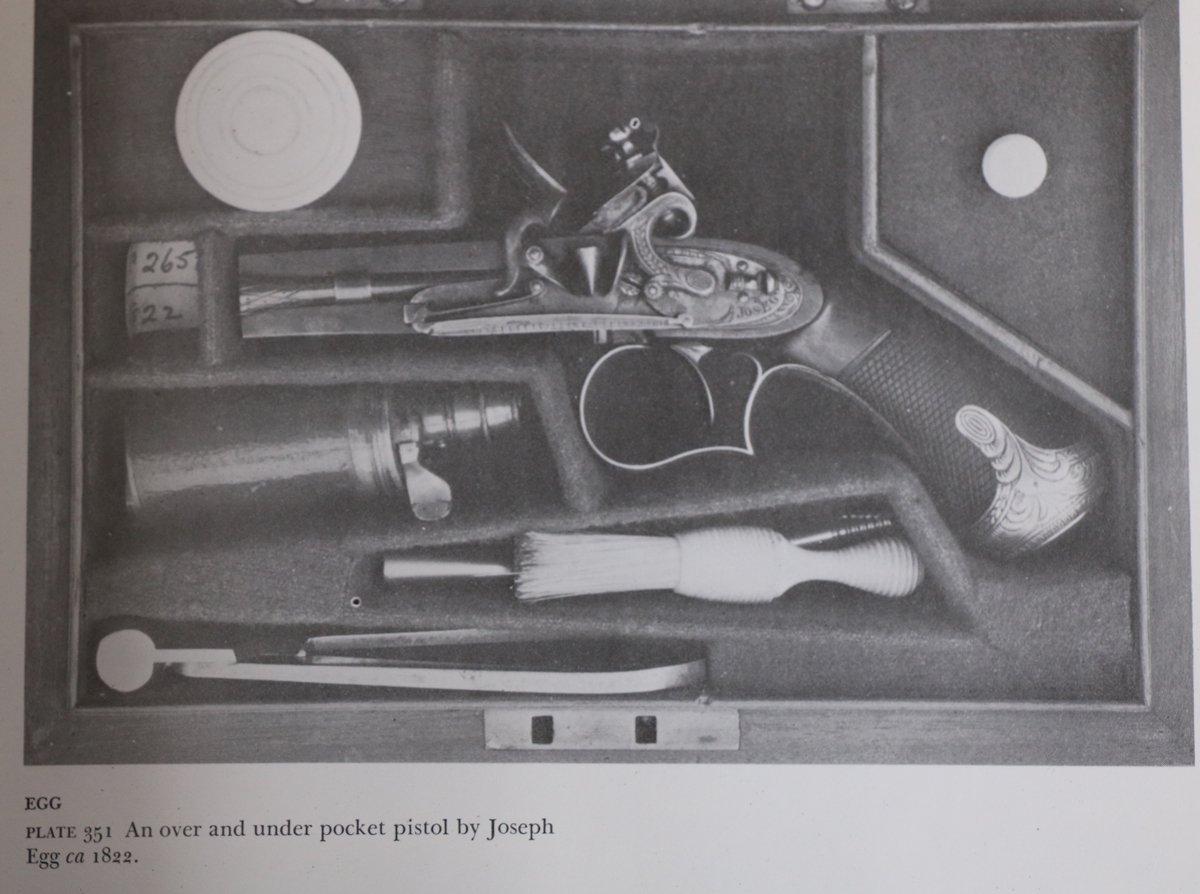 This and all below from W Keith Neil’s book on cases and labels. 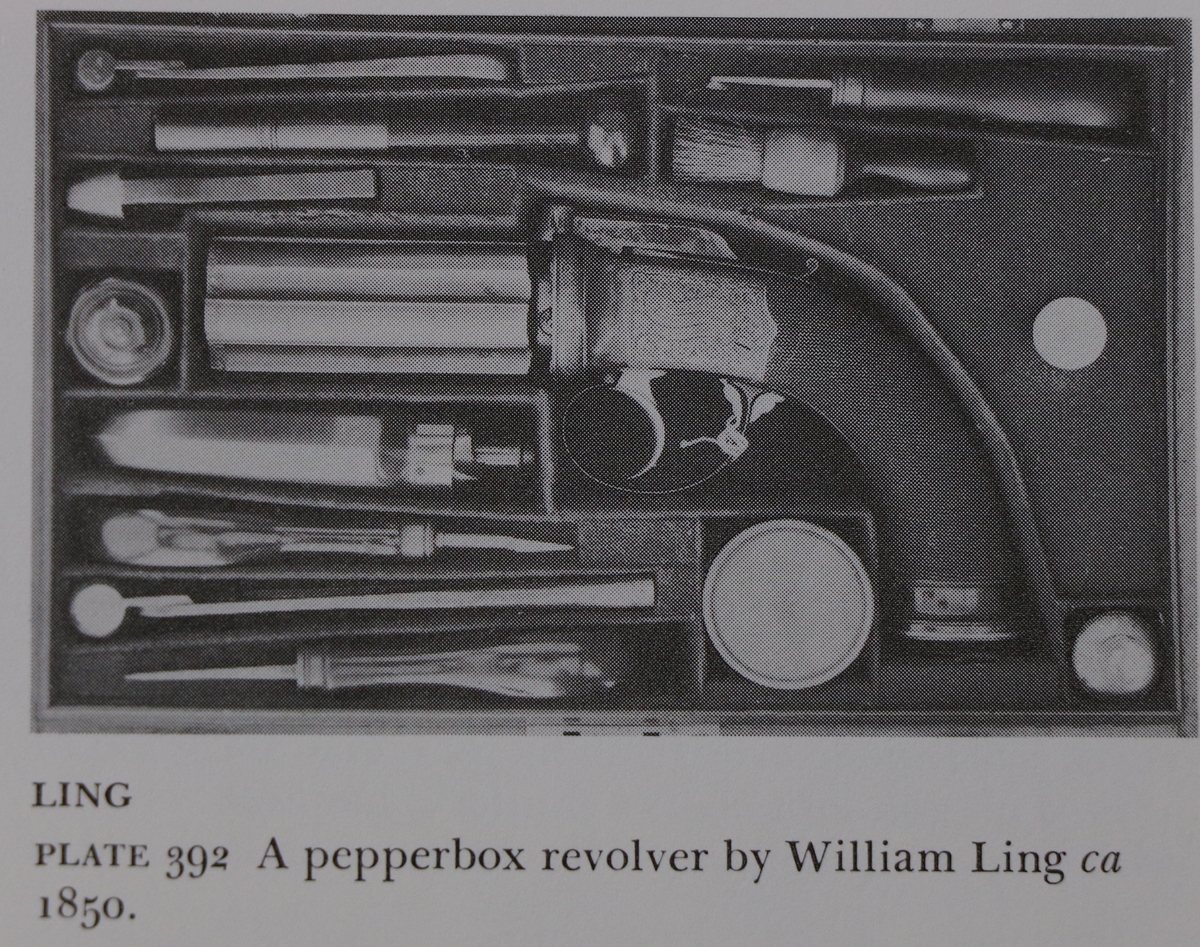