Here is an ususual 4 barrelled pocket pistol in brass by Wm Walsingham of Birmingham, around 1760 ish.  It is designed to fire all 4 barrels at once with a single powder chamber communicating with all 4 barrels – the 4 barrels are made as one piece and screw off in one.   The stock was silver inlaid but now has only dark lines indicating where the silver wire went.  The underside of the action has script in a language with a  non roman script – I’m not sure what it might be – perhaps Farsi or Sanskrit or a far Eastern script, and this was obviously put on some time after manufacture – possibly much later?   Dick thinks the silver wire inlay might have been done in the country that engraved the script on the gun – I think it is actually fairly typical of decoration put on guns made in England.  The added foreign script look less worn than the original engraving, so the pistol may have been exported some time after it first entered use. 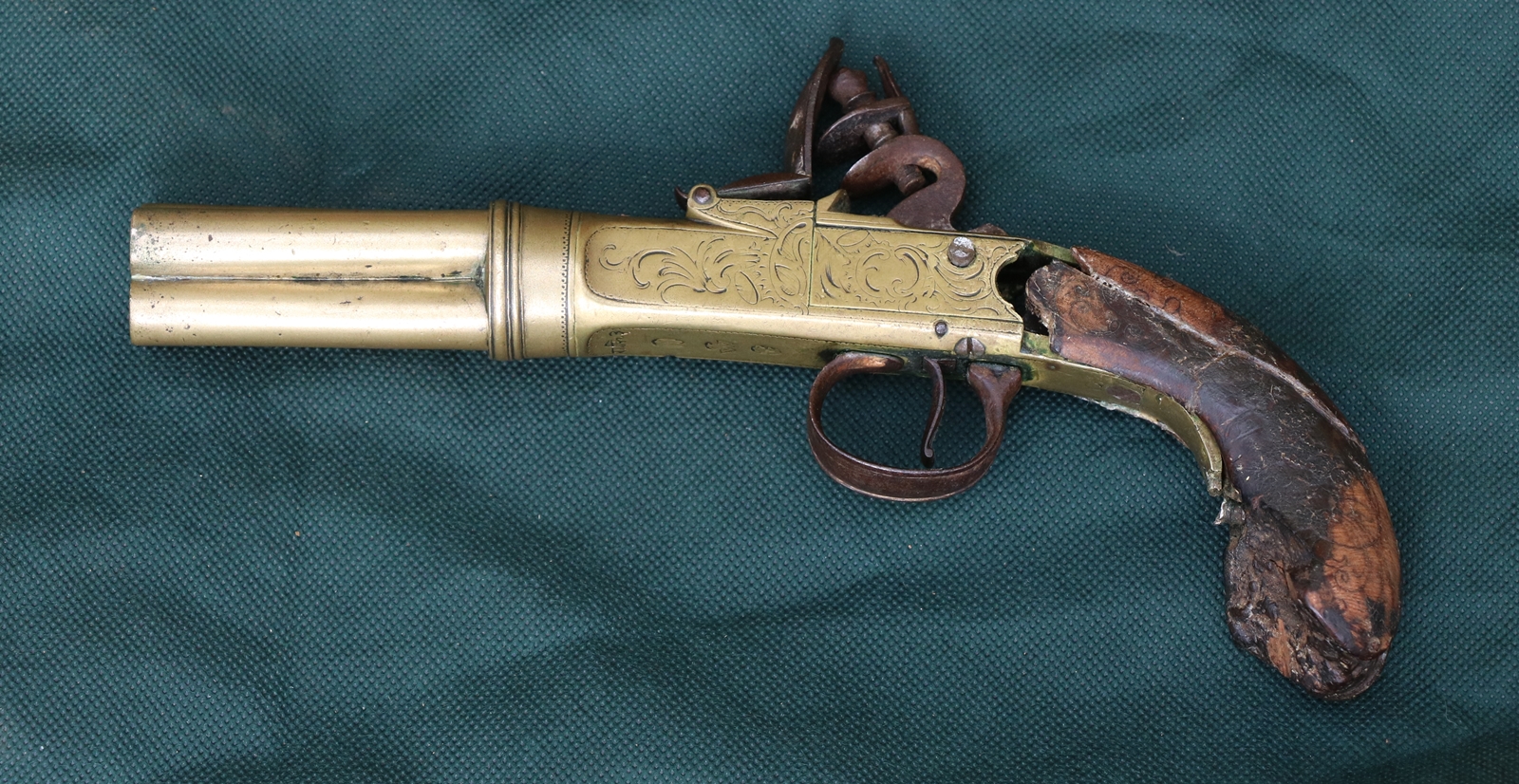 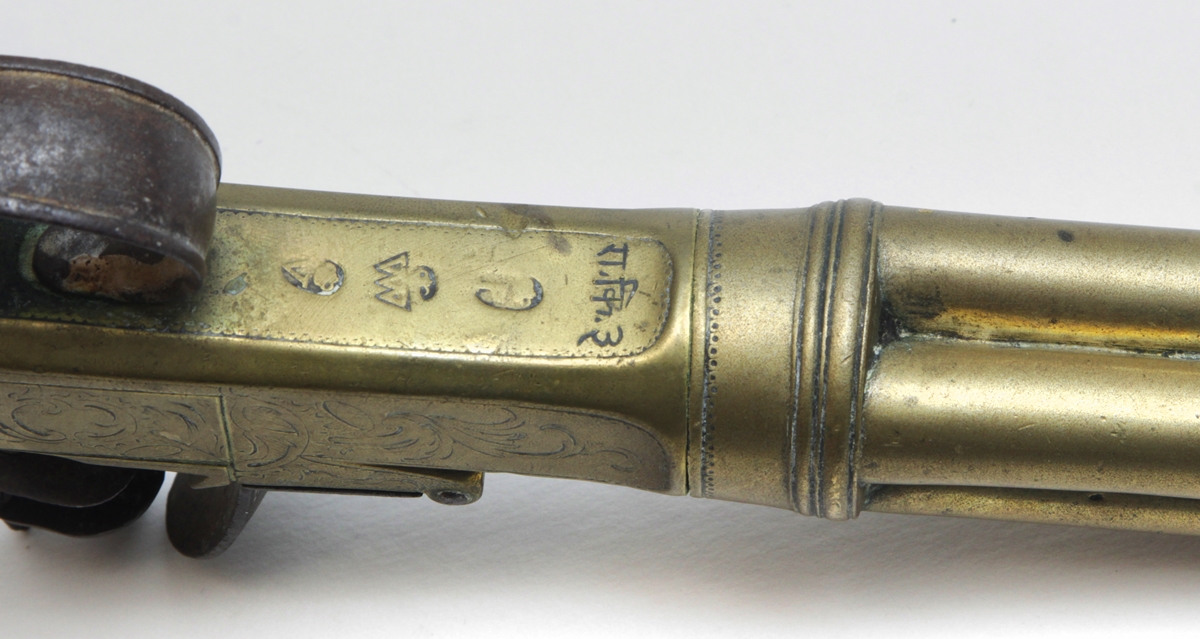 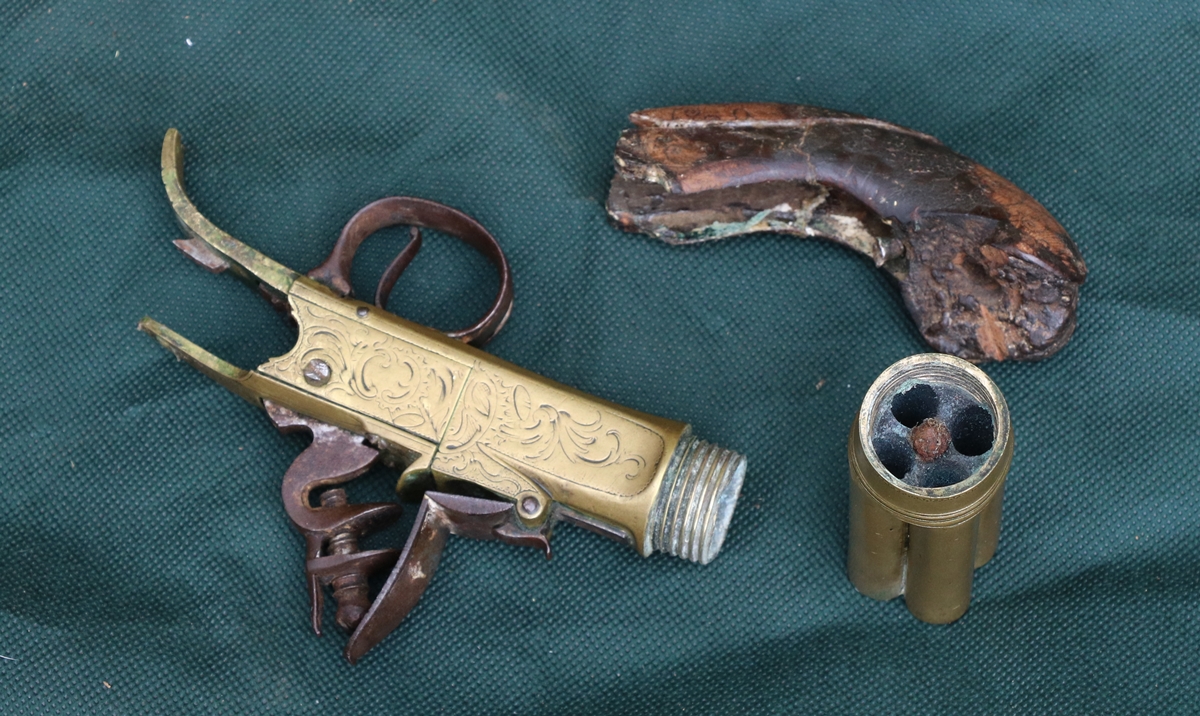