Since posting this it has been identified as a Teshner/Collath of Frankfurt gun that takes a special cartridge – as I understand it these guns seem to have been manufactured up to about 1906 and the ammunition was available up to about 1911 – it is now unavailable, making this a Section 58 firearm rather than a Section 2 shotgun. (see end of post and comment)

Here is a  German breechloader without any identification.  Its a 16 bore hammerless double gun with damasus barrels with an underlever that initially moves the barrels forward away from the breech faces while leaving the extractors behind.  Once the underlever has opened 90 degrees, further motion moves the barrel further and causes  the bolt that is attached to the underside of the barrel flat to disengage from the slot beneath the breech face, allowing the barrels to fall on a small hingepin at the front of the fore-end. Dropping the barrels disengages the pin that has been holding the extractors in the backward position. The process of opening the gun also cocks it.   There is a strange safety catch in the form of a butterfly nut on the top of the breech – when it is aligned fore and aft it is in the safe position and it obstructs the sight line down the barrel – when in the fire position at right angles to the sight line you can see across the middle of it, so it is immediately obvious when you come to shoot that the safety is still on – although it would be difficult to move it from one position to the other while it was anywhere near mounted. The safety is interesting in that it disconnects the triggers rather than blocks them – I haven’t stripped it as it isn’t mine, so I don’t know the details of the action, although I am now tempted.  It has the usual continental decoration of raised design against a punched background – possibly etched before punching – rather fine when viewed under the microscope. It has a horn triggerguard and horn facing on the underlever.   The gun has sling swivels as was common on continental shotguns, and the chambers appear to be highly tapered for the first 1.5 cm, loosing at least  .5mm in diameter – I don’t have a 16 bore snap cap or cartridges to try but I’m sure it won’t fit safely. There are no marks on the gun except a London proof mark and a serial number 6525.  The various labels attached to the gun say that it was bought at auction in 1989.  There is one label that says Bolath (?) ( p.s. actually Collath) .

The Collath cartridges were developed early in the breechloading era and are in fact ‘nailfire’ cartridges in which the firing pin hits a nail in the base of the cartridge which then hits and ignites a percussion pellet within the cartridge.

Other Notes: We have received the following correspondence from the Metropolitan Police:

I hold the Commissioner’s delegated authority under S 55 Firearms Act 1968 and it is my opinion that the Collath shotgun referred to in this correspondence can be classified as an antique provided it is purchased or acquired as a curiosity or ornament. In reaching my decision I have taken account that Collath shotguns have their own unique gauging system and the number 1 gauge is not a true 12 gauge, the nearest equivalent would be 14 bore which is classified as obsolete in any case. In addition Collath ammunition is sufficiently rare as it was apparently last catalogued for sale in 1911 and the Collath shotgun never gained much popularity.

So it doesn’t need to be on a shotgun certificate in the UK – I’ll tell Dick who has it on his books…………….

There is an amazing resource on Collath guns and cartridges at: 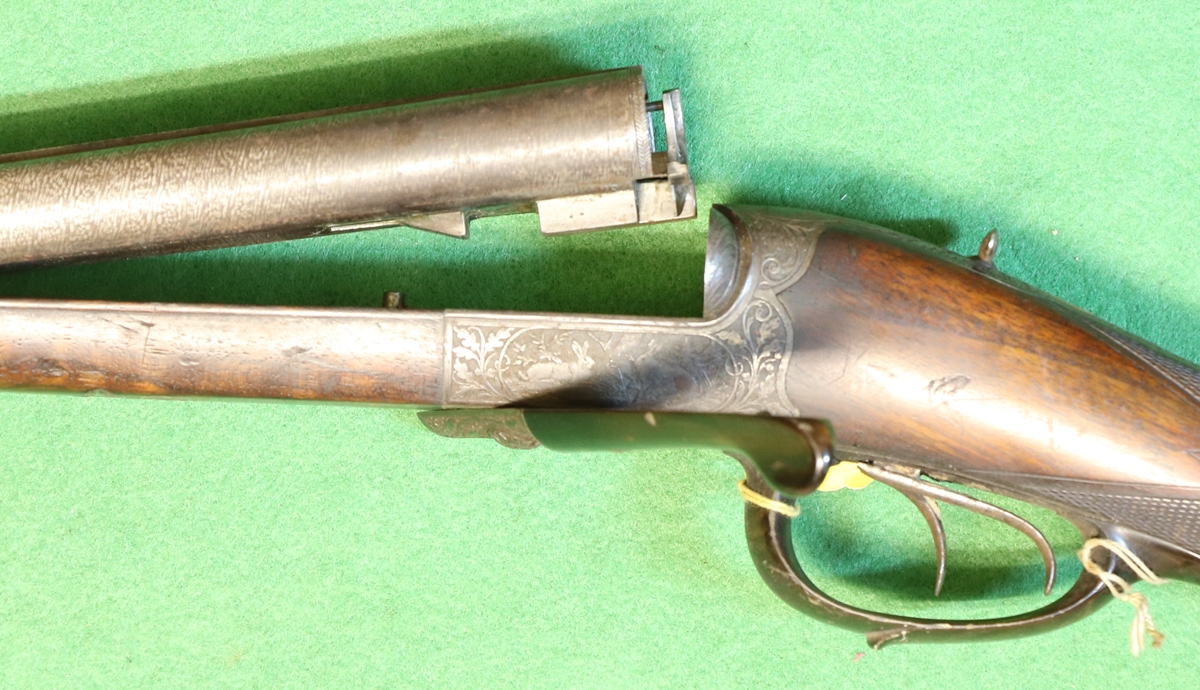