Last week my friend Dick passed a heap of rust to me to see if my derusting technique ( see below) would reveal anything.  He was a little concerned that it might turn out to be a Section 5 heap of rust, but I figured that anyone who described it as a firearm would be sectioned under the mental health act themselves!

Anyway after two or three days in the derusting tank, here it is;- 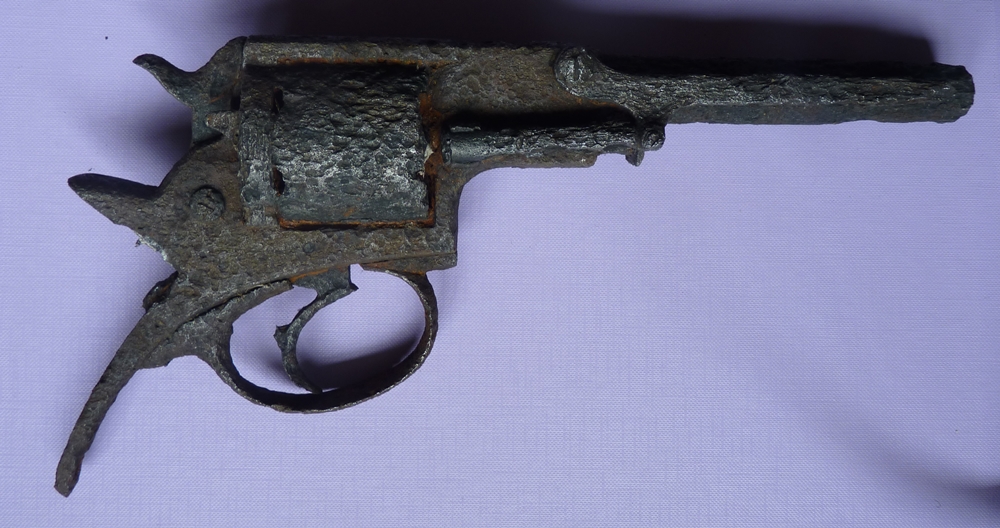 Features of interest are the spur on the back of the trigger that suggests Tranter, the hinged side gate says its a breech loader, the alignment of the cock with the cylinder suggests it takes a rimfire cartridge, the one goodish bore in the cylinder puts the calibre fairly high – around .45, and the ejector rod is a hangover from muzzle loaders.  So probably early rimfire  large Calibre breech loader circa 1860 ish….

Following up on the Tranter rimfire  theme in Taylorson’s book ‘The Revolver 1865 – 1888 gives an exact hit; 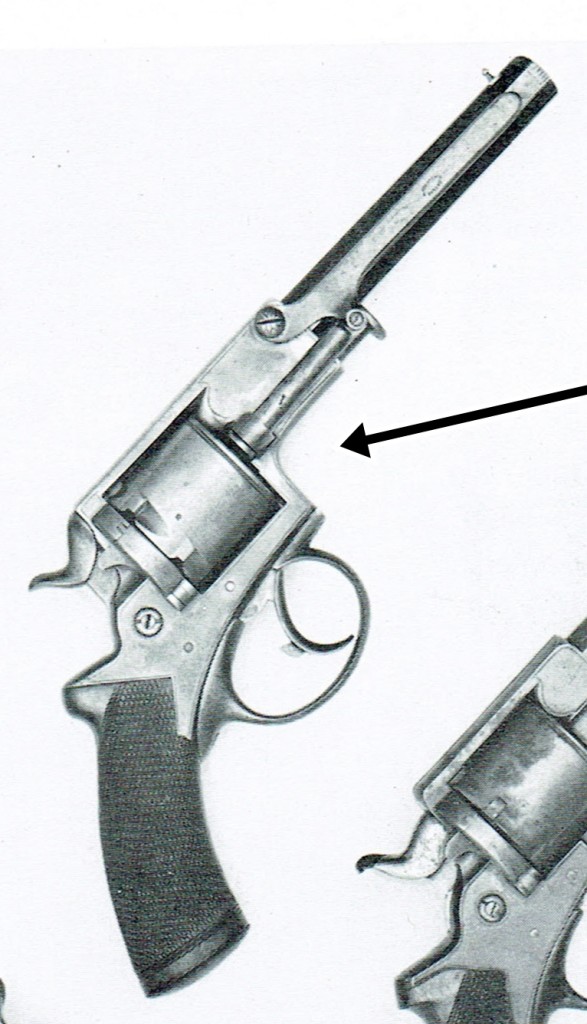 Clearly identifying it as a 6 shot double action ‘Tranter’s patent’ Army revolver Model 1863 Cal. .44 rim-fire.  For confirmation check the nut on the cock screw which matches exactly.  Everything else is correct too.  So definitely  not a Section 5 firearm even if it was still effectively a firearm!   (Almost all  rim fire ammunition  above .22 Cal.  is classed as ‘obsolete’ in the UK and guns made before 1898 that are chambered for obsolete ammunition  are classed as antiques and don’t need a license to possess).