I’ve been asked to recut the engraving on the barrels of a very fine pair of Westley Richards target pistols that have lost legibility on the barrel engraving. 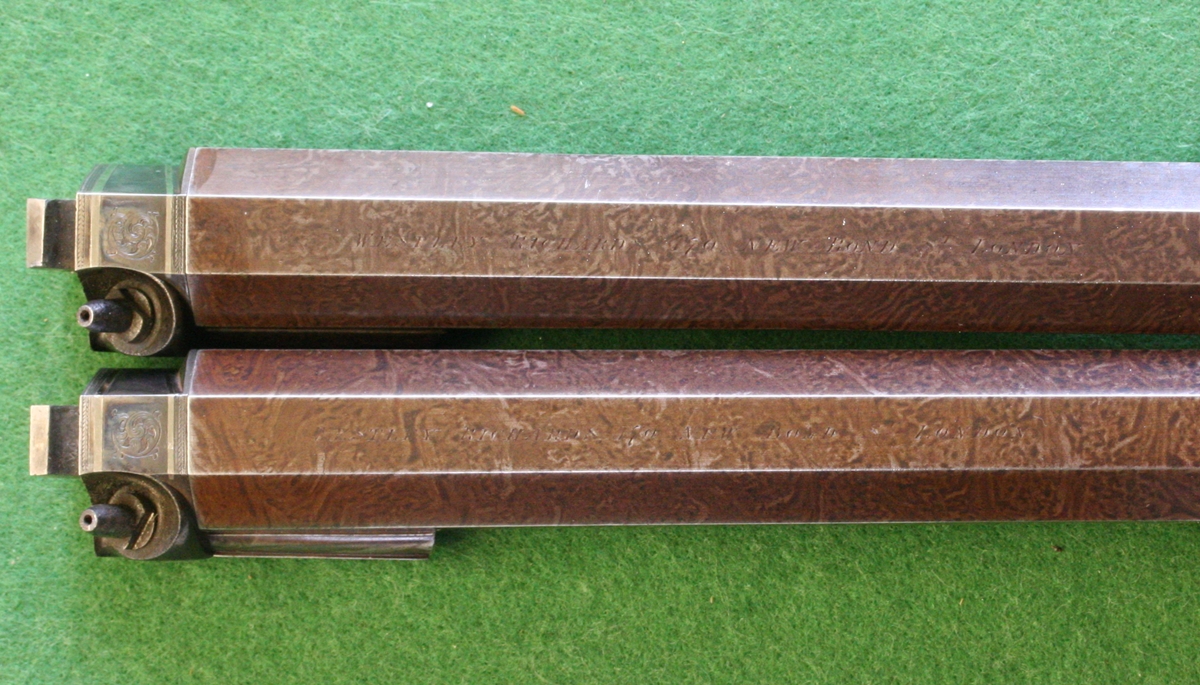 The edges (arisses) of the letters have been rubbed, either in use or during re-finishing at some time in the past so that the wide strokes of the letters sit in depressions that prevent the formation of the shadows that would normally give definition to the lettering.     The second problem, which may be particularly bad on these barrels, is that the lettering is filled with a hard substance that almost fills the wide strokes, again, eliminating all shadows.  I guess the infill is oxidised oil and dirt, but I haven’t found a satisfactory solvent for it.     I am planning to keep trying for solvents – next try is  caustic soda since acetone, meths and paint stripper have all failed.  I may have to go ahead ans cut the stuff out as I refresh the engraving

I’ve done some more work on these barrels now, and its turning out to be a very finicky job!   much of the lettering is filled with rust, with a thin crust on top that matches the surrounding browning, so that its tricky to find the exact cuts – when you cut into the crust it crumbles away leaving fairly loose rust to be excavated.  The metal is very soft, and some lines are almost invisible – if you cut in teh wrong place you make an additional line that then looks wrong when the original line becomes visible – so you need to be very careful and feel your way….    I think I have got the hang of it – but its a very slow job to get it right.  Its sometimes confusing because all engraving has the odd ‘mistake’ and that can throw you.

You can see what is involved from my microscope pictures here; 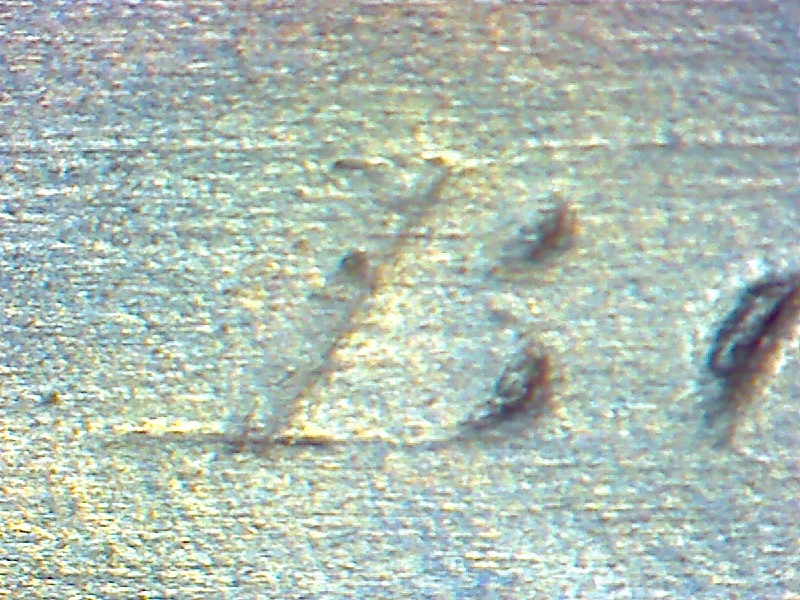 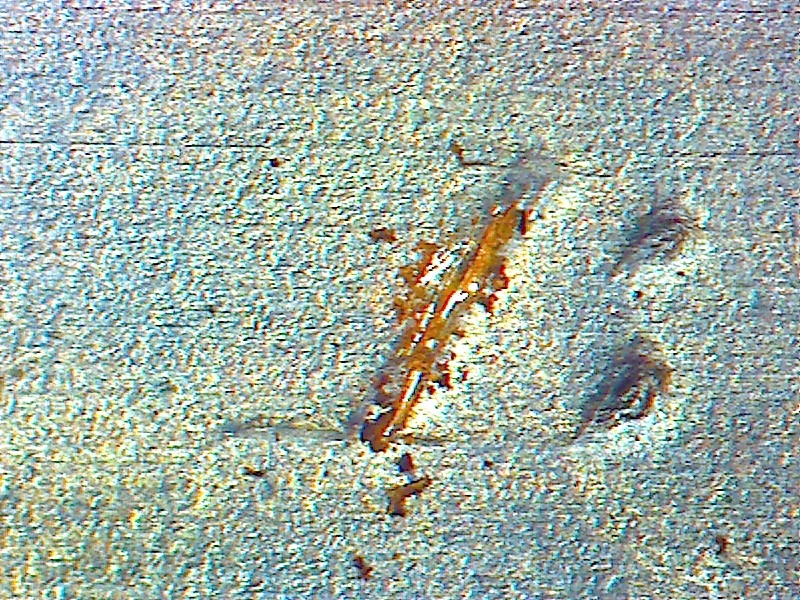 break the crust and there is a deep layer of rust… 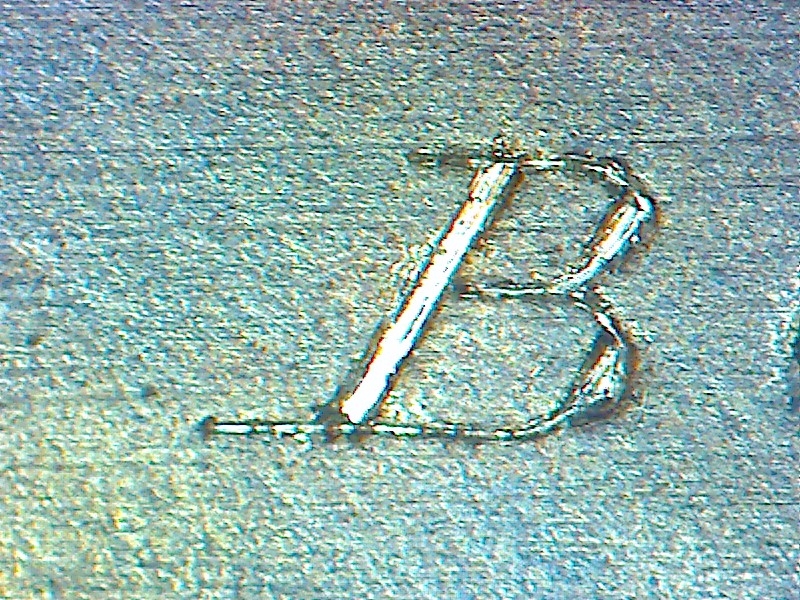 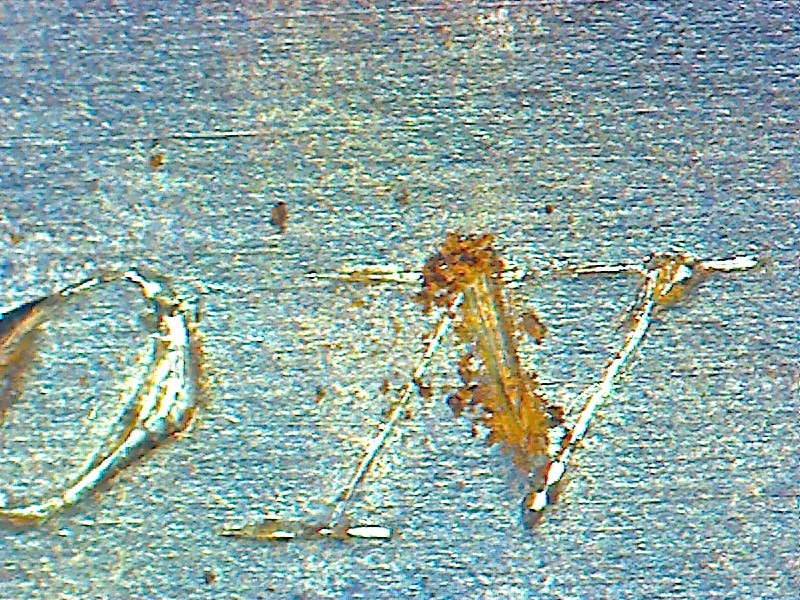 This gives a better idea of how much rust is hidden away!

Anyway here are a couple of pictures – the barrel 299 I have recut and barrel 300 photographed in the same conditions;-

This has been cleaned out to the (very soft) metal surface, with a small amount of recutting, particularly on the fine lines which had almost disappeared. I hope it doesn’t shout ‘RECUT’ at you.

This is the uncut barrel – the lettering shows a little better than the photo, but not by much