Here is a reconstructed single barreled percussion shotgun that I decided would be the first gun to carry my name.

I purchased a stock and barrel without its rib, and with no lock or trigger guard, and have made a new lock  with a new lockplate and internal parts from a scrap lock that more or less fitted the cutouts in the lock pocket.  I found that I couldn’t get the old sear to fit, so I ended up making a new one, but I was able to use the tumbler and bridle and the sear spring. I made the screws (nails) to hold the lock together using No 4 UNF threads.  I found a mainspring that was a reasonable fit, so was spared making one.   The trigger guard is made up from parts of two old triggerguards and a few bits of mild steel – it is a bit of a mess and needs remaking but I’ll wait til the stock is bent. Soldering a rib and tubes was a bit of a problem as the underside of the barrel was very rough and pitted where the original rib had been and I coulnd’t take off enough metal to get a good surface and still leave the barrel safe, so the rib fitting is less than perfect

The barrel looks as if it was originally from a flintlock and has been re-breeched and re-stocked at the time it was converted. The bore is almost perfect except for one small patch of pitting.  It doesn’t look as if it had much use after conversion, but it presumably once had a lock.   There was no trace of any name on the barrel but there was a faint trace of a sunburst, so I recut that and added my name to the barrel and the new lockplate.  Everything now works well, but the stock has a slight cast-on so I can’t hit anything with it, – a visit to the stocker to have it bent to fit is on the agenda.

Now done – very simple operation by Dave Becker of Finchingfield – he put it in a jig and just waved a hot air gun at the wrist and cranked up the jig a bit – then left it for half an  hour to cool while we went outside and shot the new 20 Bore three barrelled gun that Dick has been designing and having made for Joseph Manton of London – very fine gun too!  But my real favourite is their 12 Bore ‘Bar in Wood’ side by side – now that is a thing of real beauty – shame I don’t have the odd £160K sculling around for a pair……

Have a look at www.josephmantonlondon.com/

I tried it out, but I think it needs another 6 – 8 mm of cast-off to be dead right.  The Henry Nock single ( see below) is actually a better fit for me, but I want to convert that to flint and use the Tim Owen single for percussion.

update – I think the cast-off is OK, the problem I have is that for some reason the gun mounts without a natural vertical alignment, and any tilt upsets the aim by a bit.  I am not sure why this is, possibly the shape of the butt?  I’ll have to ask Dave Becker – I’m sure its a known problem. 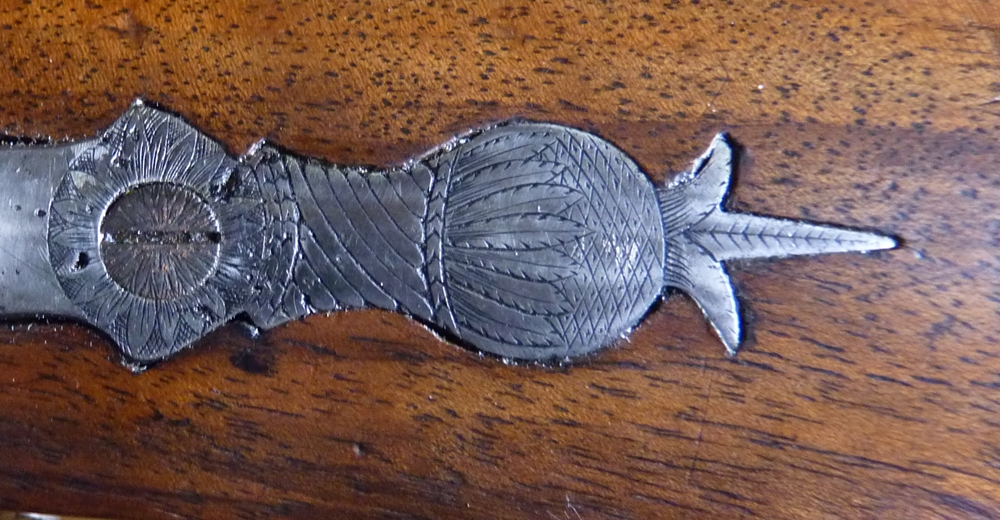 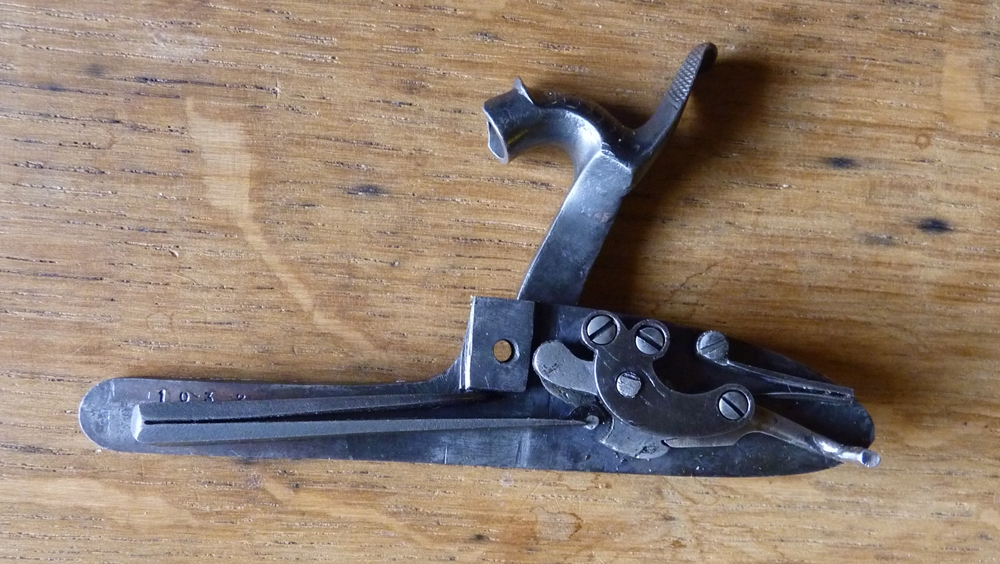 The lock internal parts were from the spares box, but I had to make a new sear and modify the tumbler 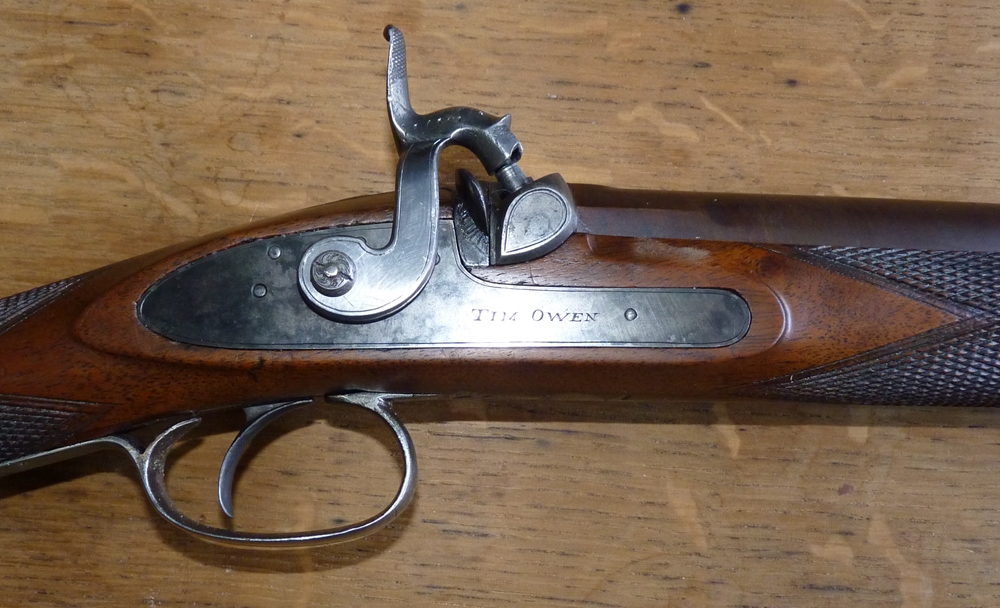 I was pleased with the plain lock I did for Allan (see below) so I used a simple design for this one – to match the stock.

In an ideal world I’d probably bend the head of the cock to line up better with the nipple….. If it turns out to shoot well, I promise I will, and the cock nut also needs to be a bit thinner……

2 Responses to “Reconstruction of a single barreled gun”