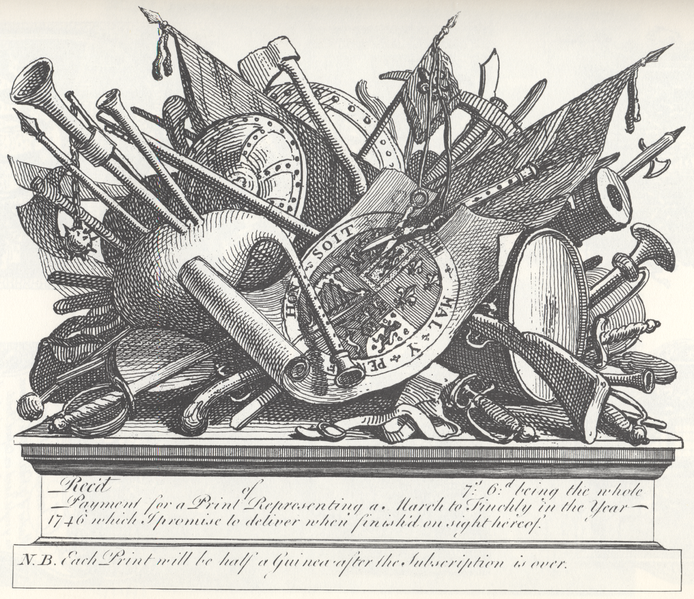 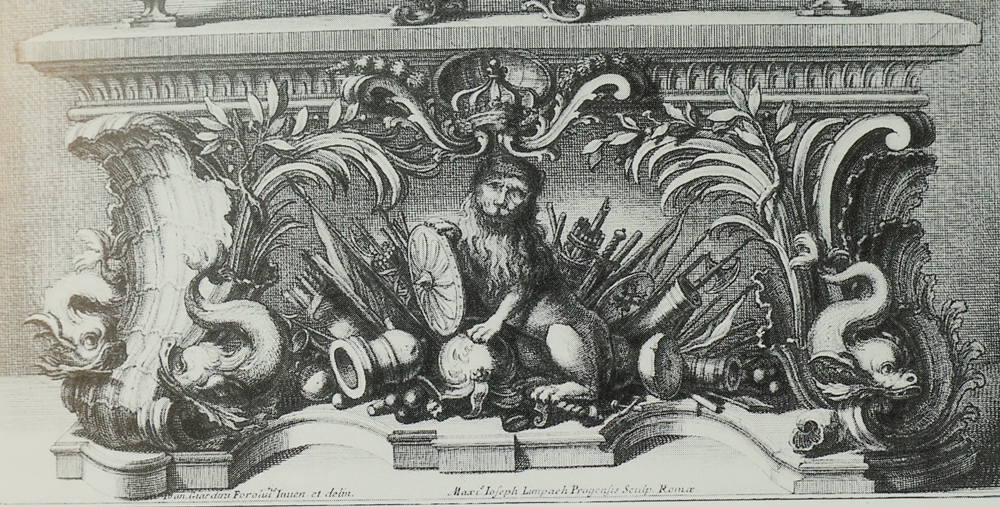 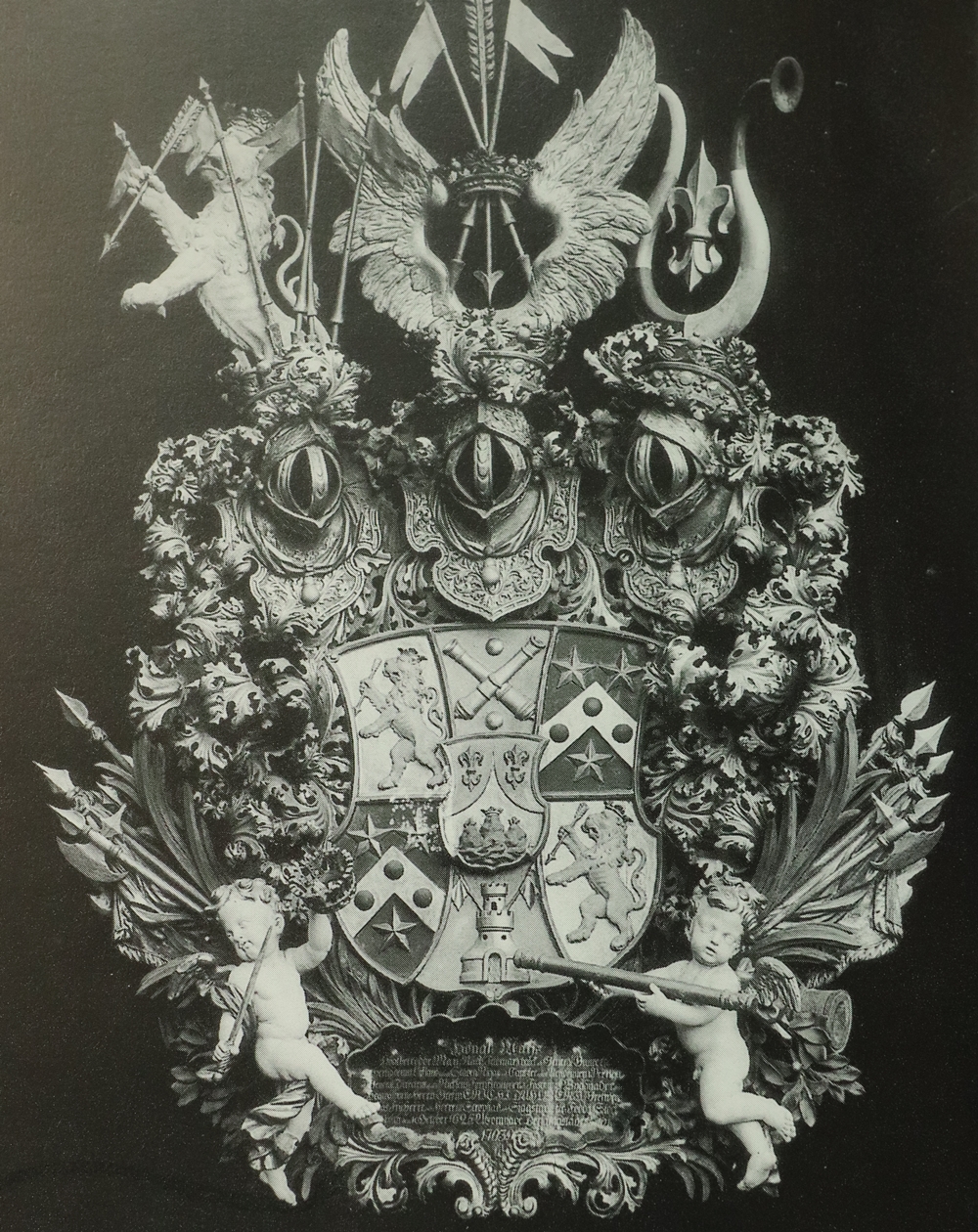 This is a pull from William Palmer from the late 18th century, sans the arms – its not clear that this was intended for a gun. 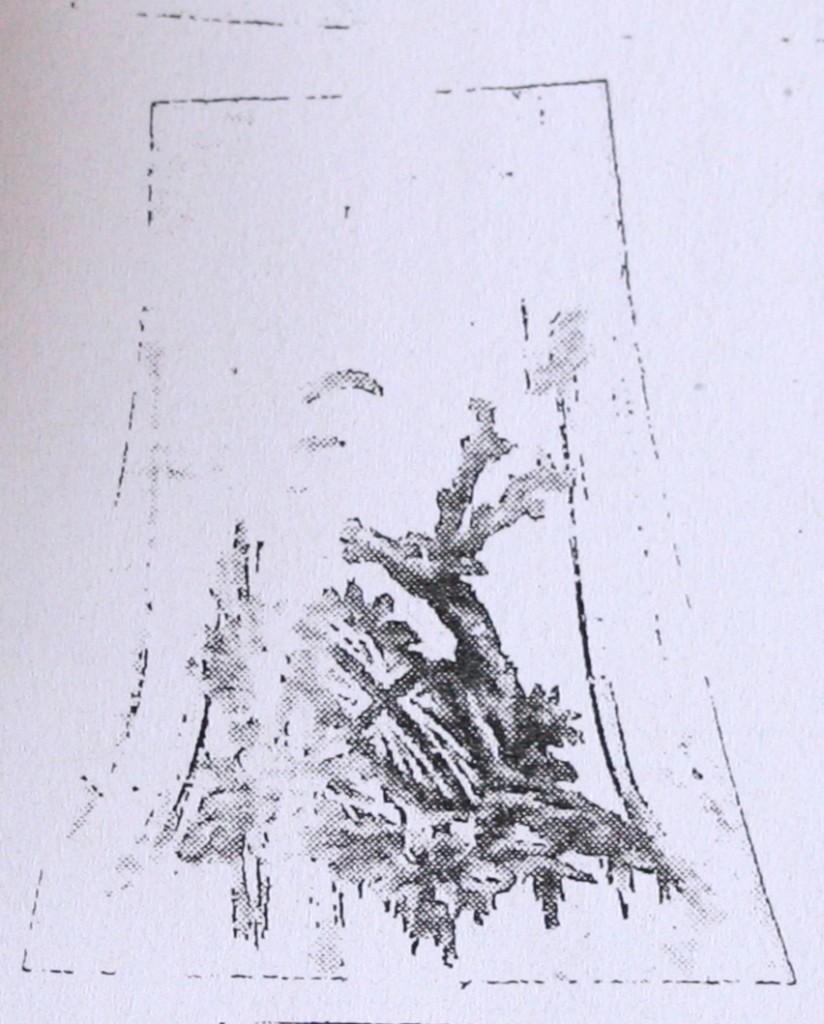 This is another Palmer pull, from the butt tang of a long gun – only the shield with a Union flag is used. 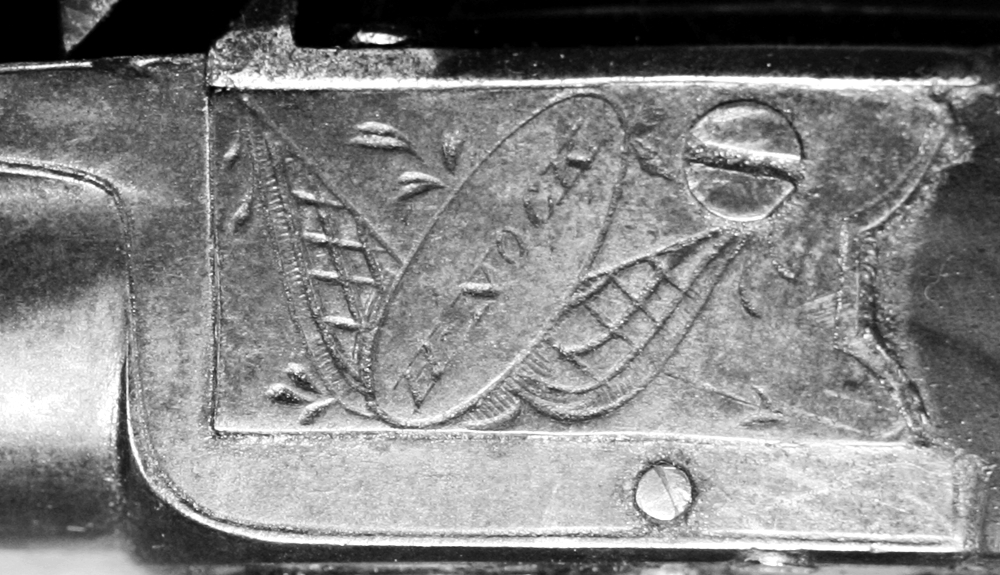 .Lock of a small pocket pistol signed H Nock, probably post 1800 –  the ‘shield becomes a place for the name, and the banners  make up the rest, but the double  ‘streamers’  on the banners are characteristic, as are the random ‘leaves’ – very easy to cut and very effective! 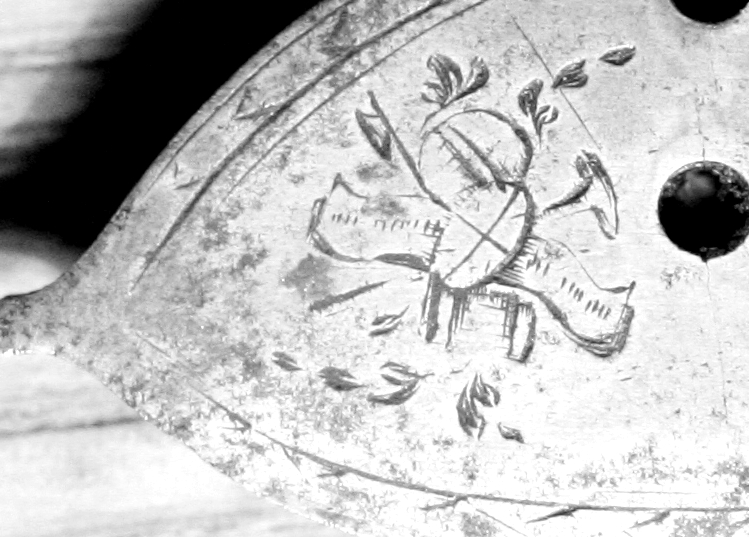 This is the tail of Robin’s Joe Manton lock and what  got me thinking about the ‘stand’.  It doesn’t have the banners but the shield with a suggestion of the union flag is there, and the axe is the only weapon present. I guess it qualifies as a ‘Stand of Music’ rather than a Stand of Arms. 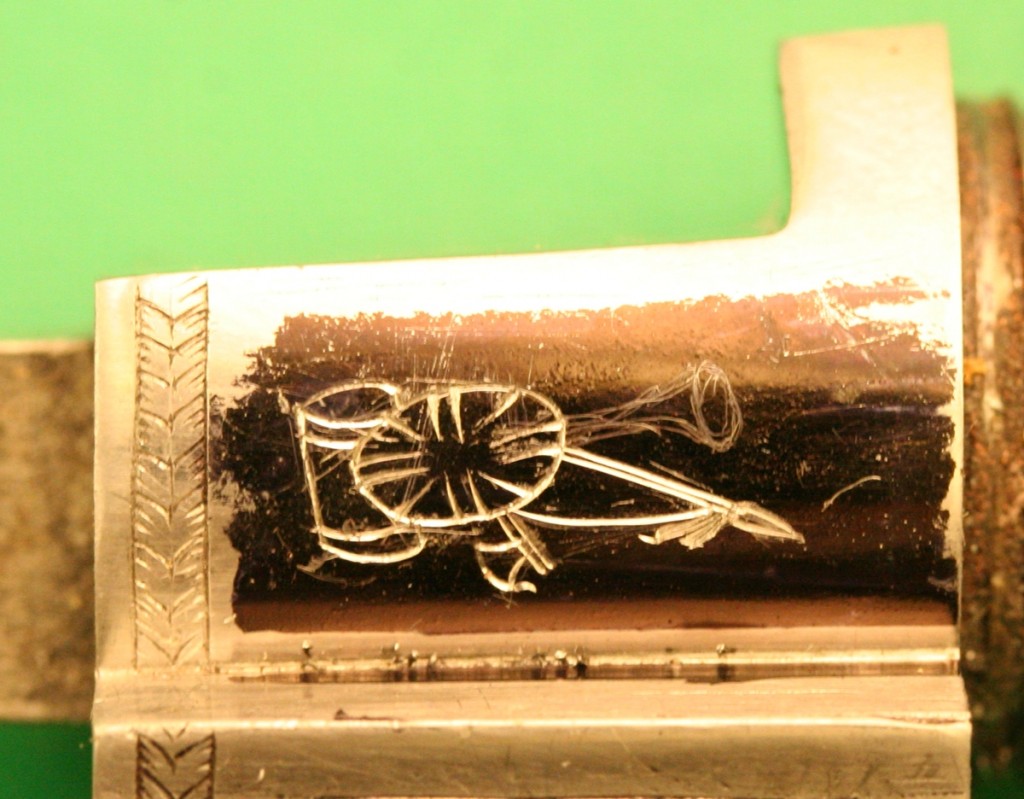 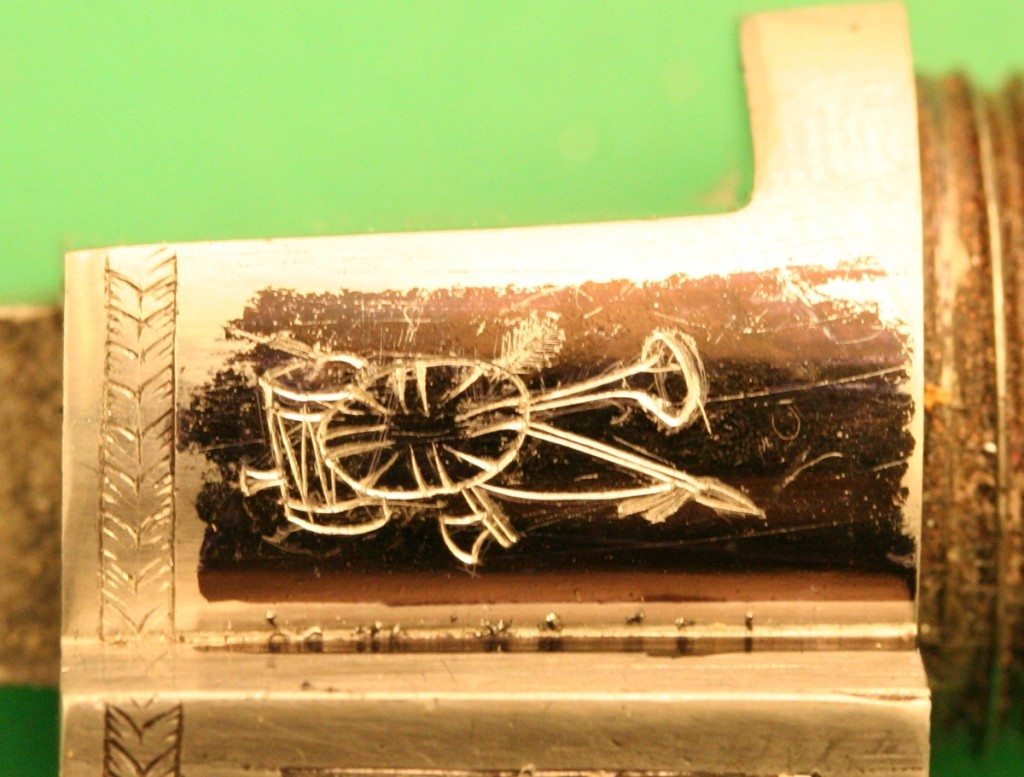 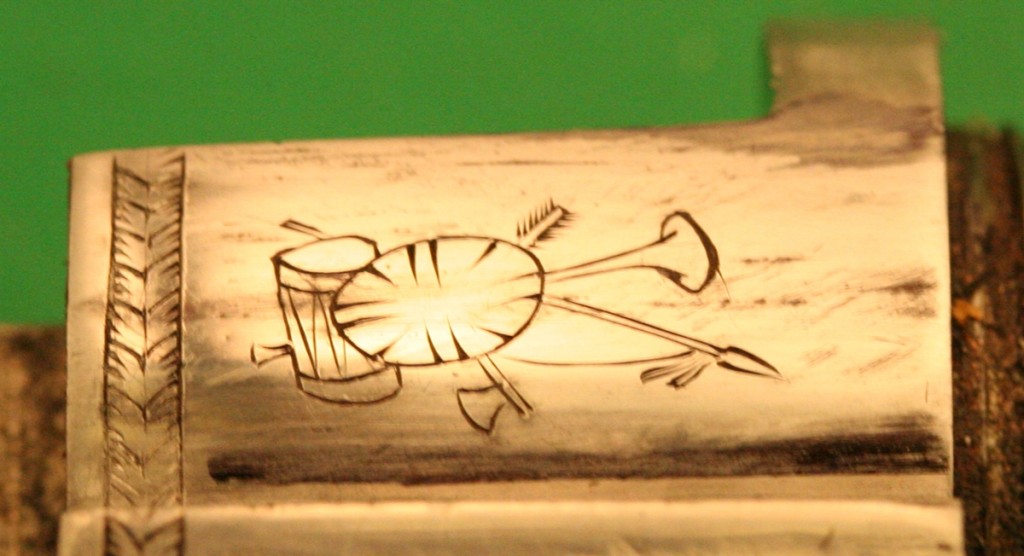 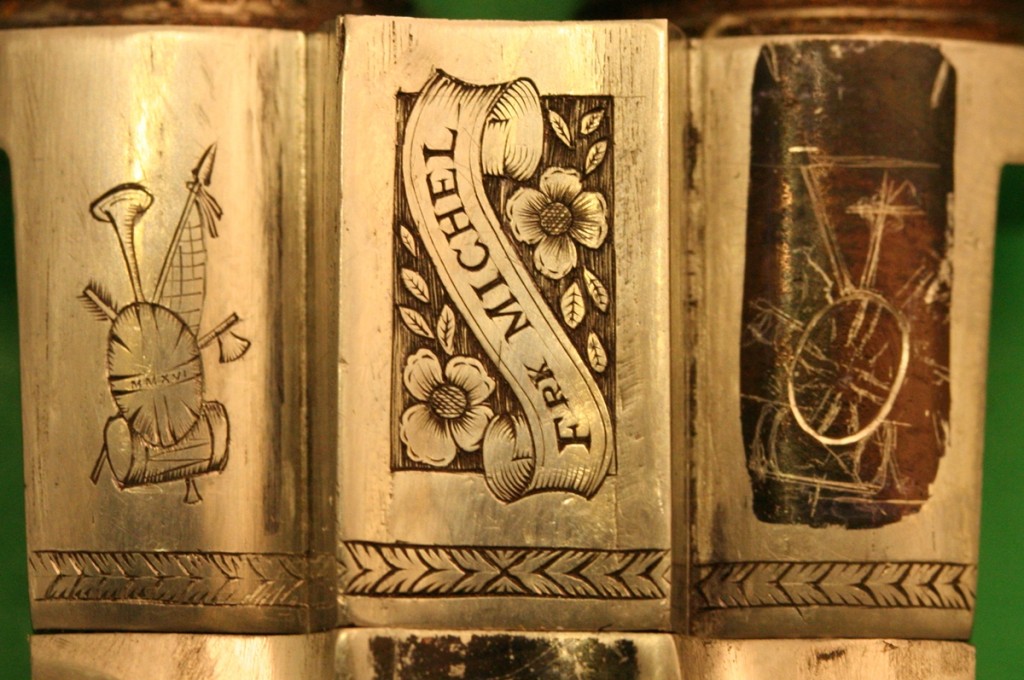 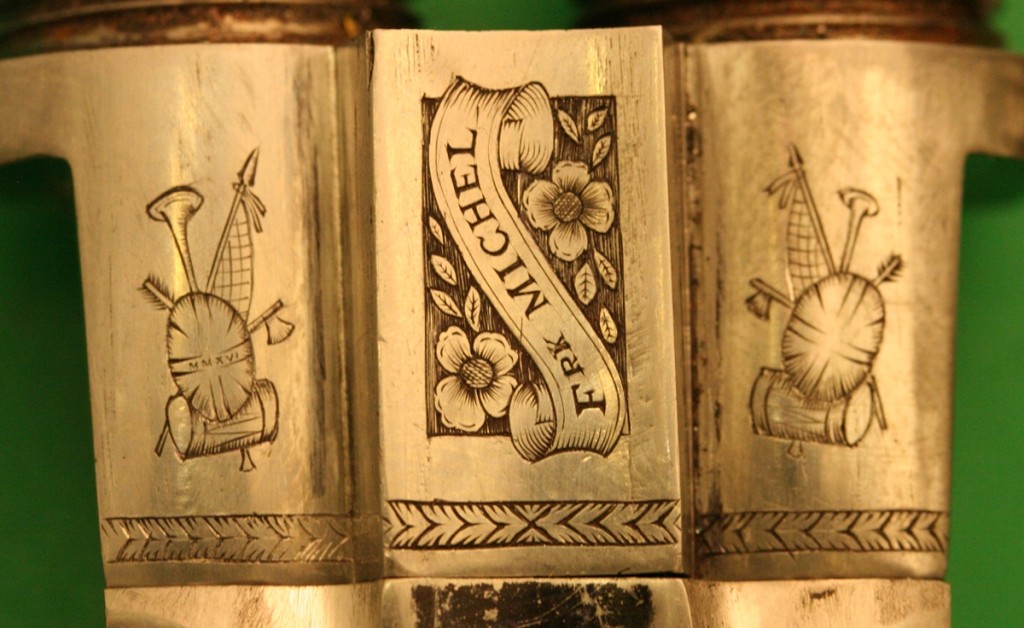 Here is another one I’ve just done (March 2019) for a sideplate for a new Fred gun based on a pull from a 1770 gun that he sent me, with a bit of poetic licence thrown in;-

One Response to “Stand of Arms Engraving”