This is a most unusual gun that I inherited from my father’s collection – I have no idea where he got it from, I have never seen another gun even vaguely like it, and although I  have shown it to many collectors and experts I haven’t met anyone who has a clue about it – and that includes Holt’s valuer and old gun guru Robert, who must have had most things through his hands at some time or another.    So any information or comments would be valued!

Stock shape and barrel are early features – may be a case of re-use?

What we have is a single barreled percussion gun of about 16 bore with a fully enclosed firing mechanism and a spring operated cap magazine on the left side.  The nipple is in line with the bore and is struck by a piston actuated from the tumbler.  The gun is cocked by a large trigger in front of the normal trigger – it can be ‘let down by holding the front trigger back and pulling the proper trigger.   The cap magazine is accessed by unscrewing a circular cover of German silver.  Spent caps are ejected through the hole in the right side of the boxlock. 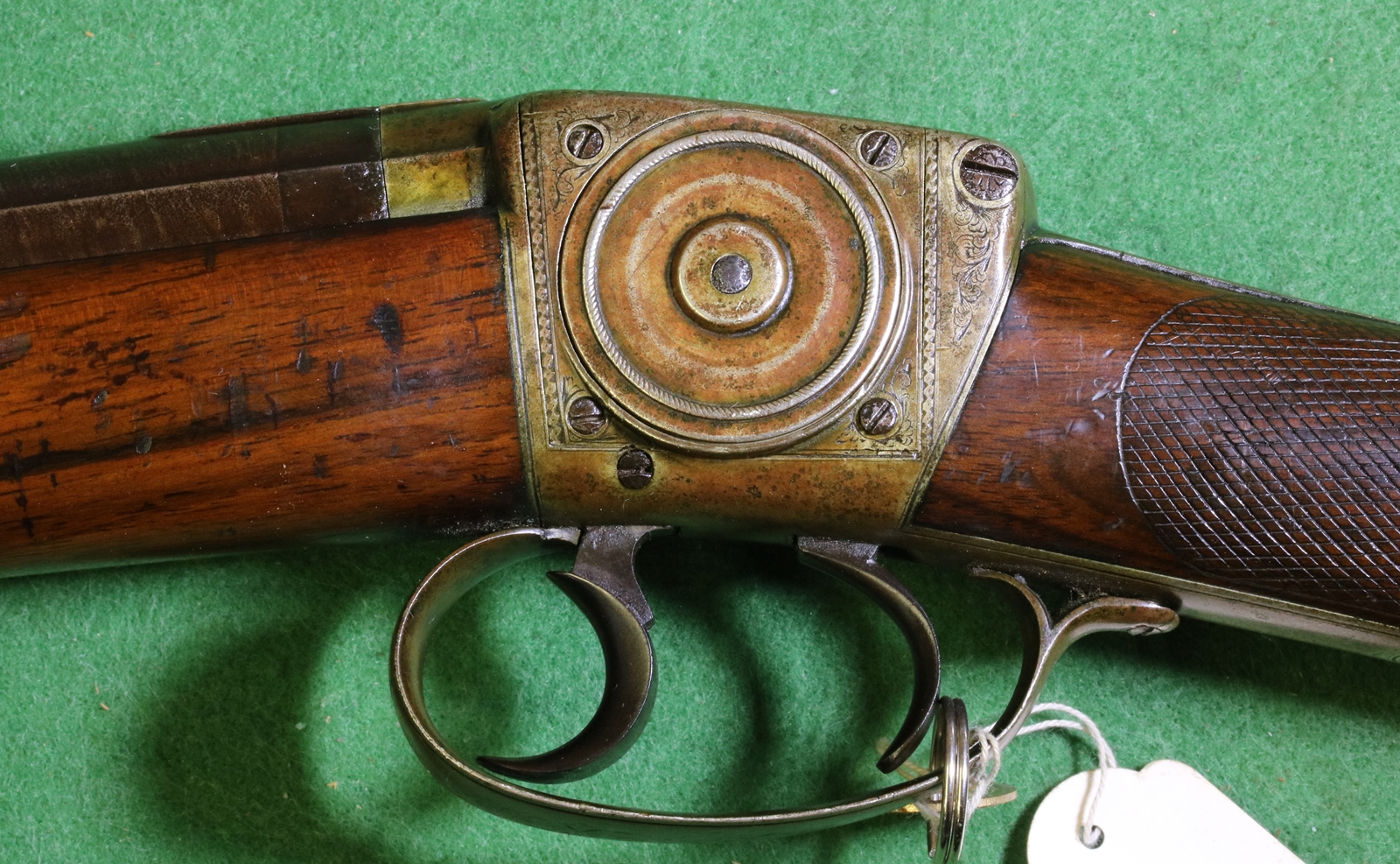 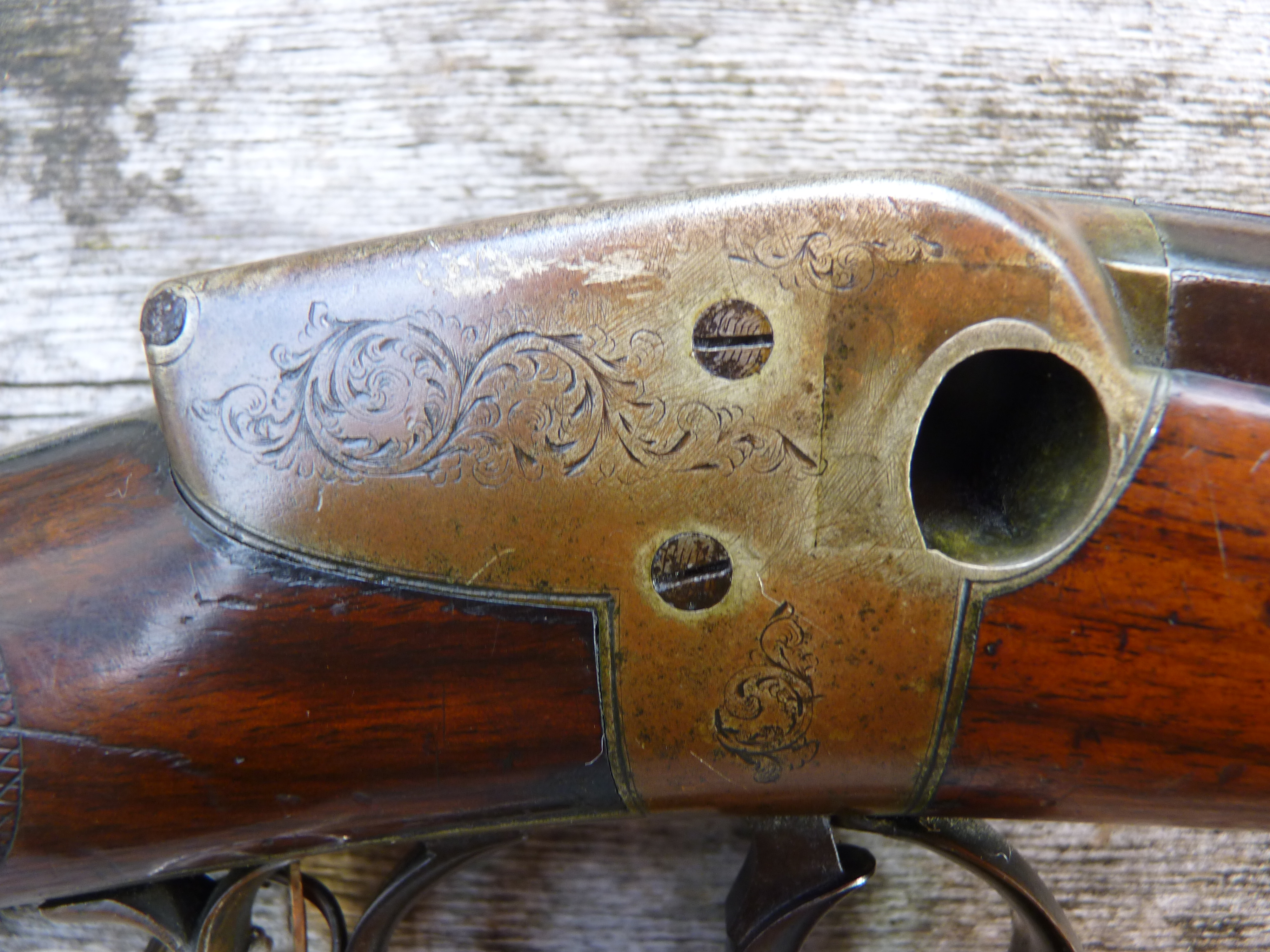 Spent caps are supposed to be ejected from this hole

General observations are;   The gun is finished externally with good quality engraving on all parts, with a strong patina and signs of wear.  It is obviously original and genuine and well made ( but see below).  The barrel and stock are rather old in style – the stock has a very long cylindrical section in the hand  very reminiscent of the ‘stair rail’ or broomstick of the 18th century, and the barrel has a sun burst, also an early feature.  It is devoid of any markings except for the top cover plate of the lock mechanism that is engraved ‘J.R.Cooper Patentee’.   J R Cooper was a prolific patenter of gun related ideas, and is best known for his patents on pepperbox pistols, but has many other patents to his name this ‘patent, however doesn’t appear amongst them as far as I can discover, and in any event doesn’t give a patent number, which it would normally have done.  On stylistic grounds one has to put the gun very early in the percussion era, or more probably assume that it was a re-used stock and re-breeched barrel. 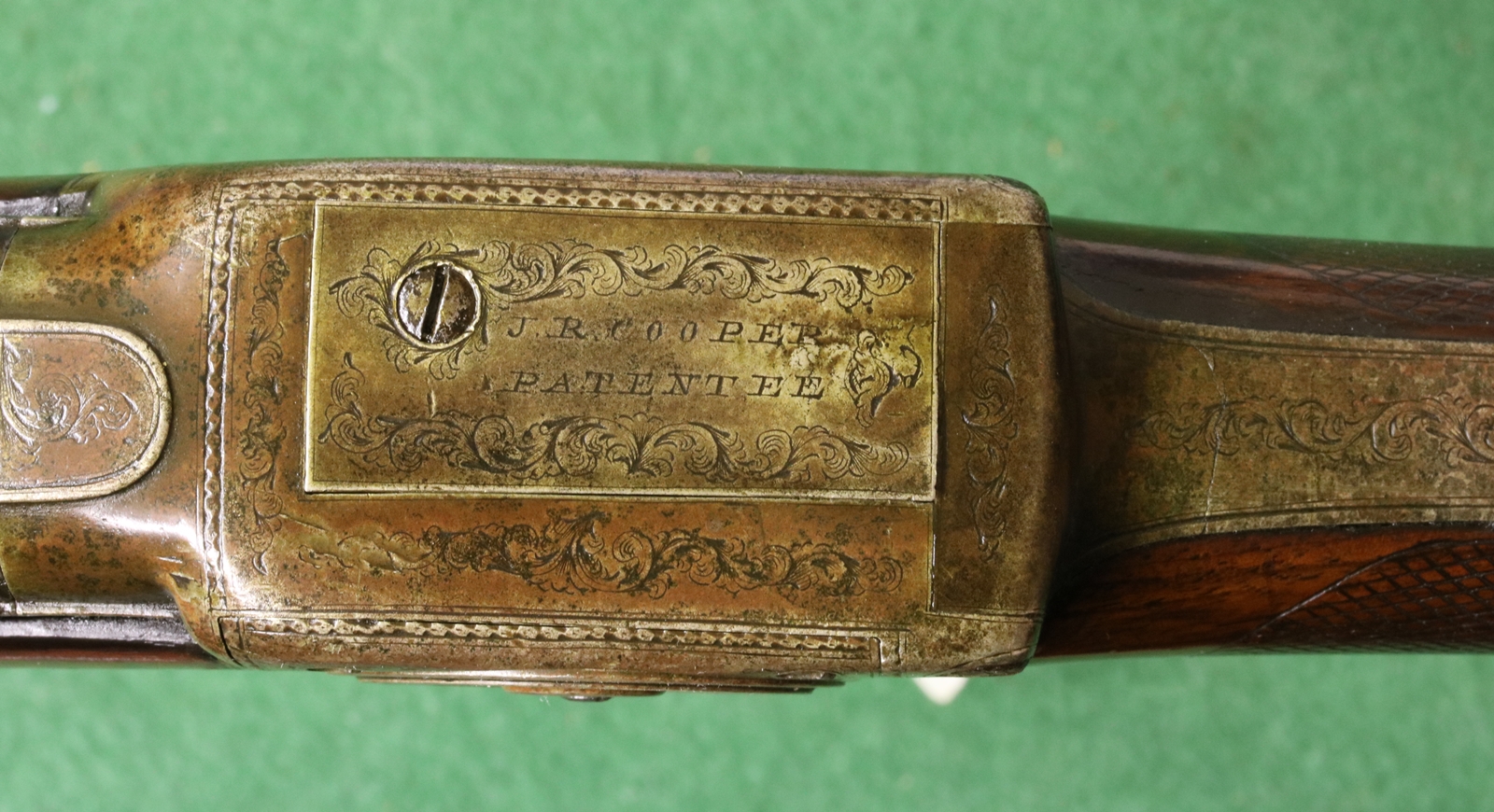 You can see a fair level of wear and patina on the gun – clear signs of use!

There is one strange feature to this gun, even stranger then the gun itself – the top cover plate is quite thick and fits perfectly, but the tumbler that links to the firing piston comes very close to the top, and the top has a groove cut in it that is necessary to clear the tumbler as it fires – however, the groove is roughly hacked out of an otherwise well made and finished part.  Since the gun couldn’t fire without the groove, and the groove couldn’t have been made by any self respecting gunsmith, it represents areal conundrum! 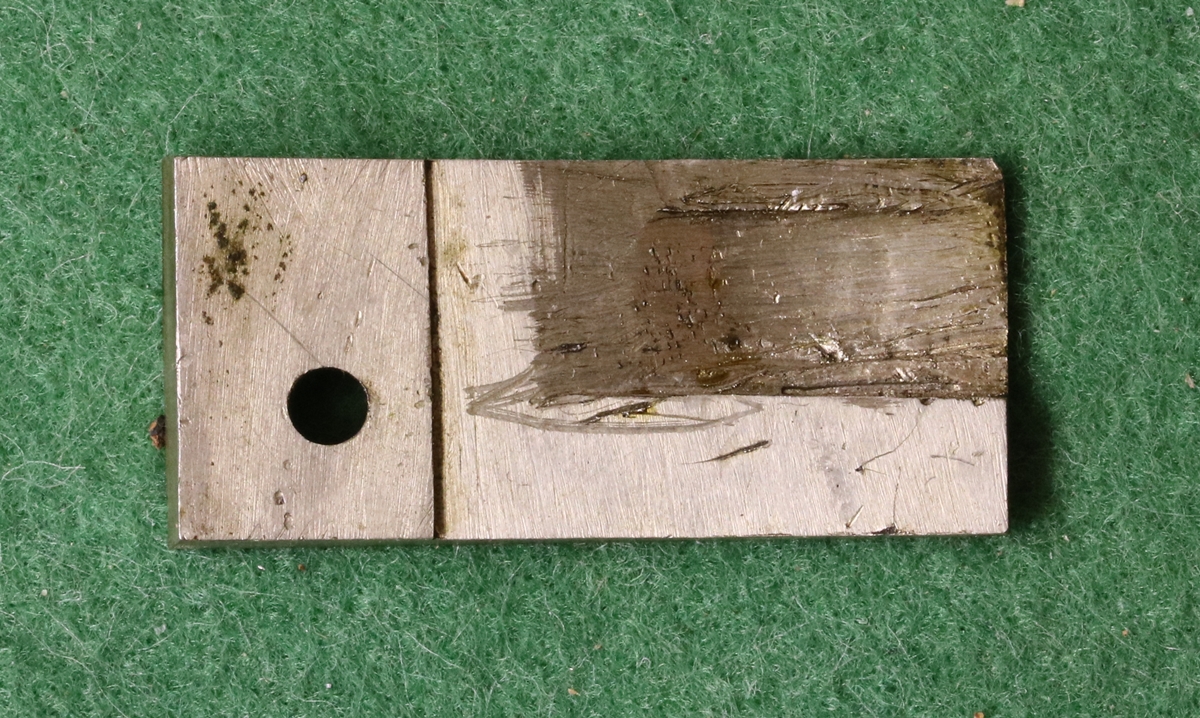 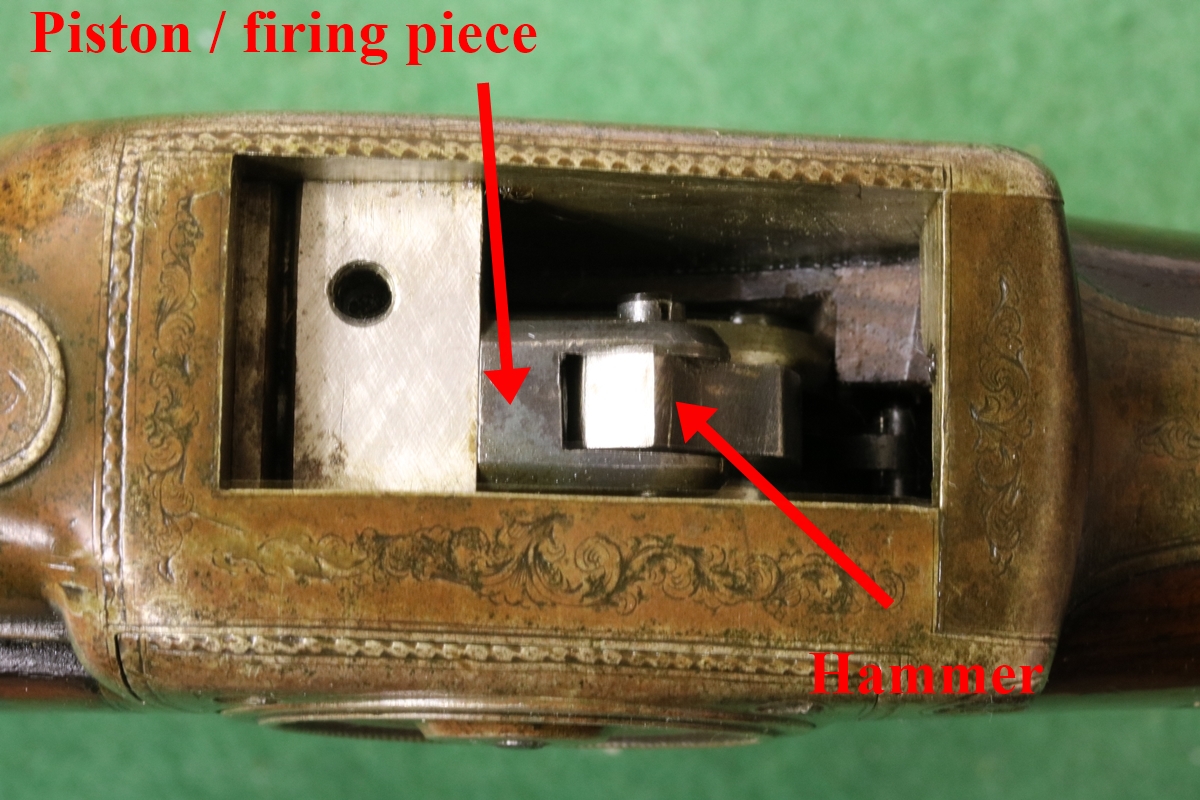 I have tried at various times to see if I could get the mechanism to function in respect of the loading of the caps, but its difficult as that spring mechanism that should load the caps is broken.  However it is still difficult to see what caused the caps to move into position in front of the piston and stay there waiting to be propelled orwards onto the nipple, and why they should have jumped from there across the cap to the nipple.

So the questions  are;

I’m following up on Cooper’s patents, the British library lists teh following patents by James Rock Cooper between 1838 and 1869;

Here are .pdf’s of some of them, courtesy of the British Library;-