Land Cruiser steering lock problem is here if you really want to know!

June 2018 – Had an email from someone who had broken off the die cast link rod connecting the key assembly to the electrical switch and the steering lock – the usual problem!   Contrary to popular view I think its a relatively easy job for a mechanic or an enthusiastic amateur  provided you still have a working key- you first need to remove the plastic dash bit around the column so you can get at things.  The lock barrel is held in by a peg underneath about 2 inches from the front of the lock – with the key in the off but not lock position ( I think that is the right position) you can push the peg in and pull out the barrel.  The first part of the link rod should come out- you may need to press the sprung slider on it to clear a ridge in the housing.  That leaves the broken off bit in the housing.  It is held in by a tab that needs to be rotated to the correct position to pass through a slot in the back of the housing BUT you can’t rotate it because the ignition switch assembly stops you  going far enough  ( I think it needs to go 90 degrees anticlock from teh lock position), so you have to take that off the back of the housing – 2 screws that I believe are difficult to remove ? –  the heads face the front of the car (disconnect the batteries at this point!).   Having got that off, you need to rotate the bit so that the broken end of the die cast shaft is a D shape with the flat surface horizontal and at the top ( the V shaped cam that works the steering lock should point up and be on the left side of the centre) – a bit of jiggling should free it – you may need a fancy pair of very  long nosed pliers or something to be able to manipulate it  ( long reach 3 pronged spring grabber?) – I didn’t do that bit, the garage did it along with messing up the rest of the job. If you can see what you are doing, (mirror ?) its probably easier to rotate the bit and line up the key and slot from the back of the housing and push it through, then you just have to fish it out…   Once you get it out you need a new diecast bit ( I believe around £20) and put it all together again……..I didn’t do all of this job, but I have played around with the bits ( except the ignition switch)…………… good luck…. 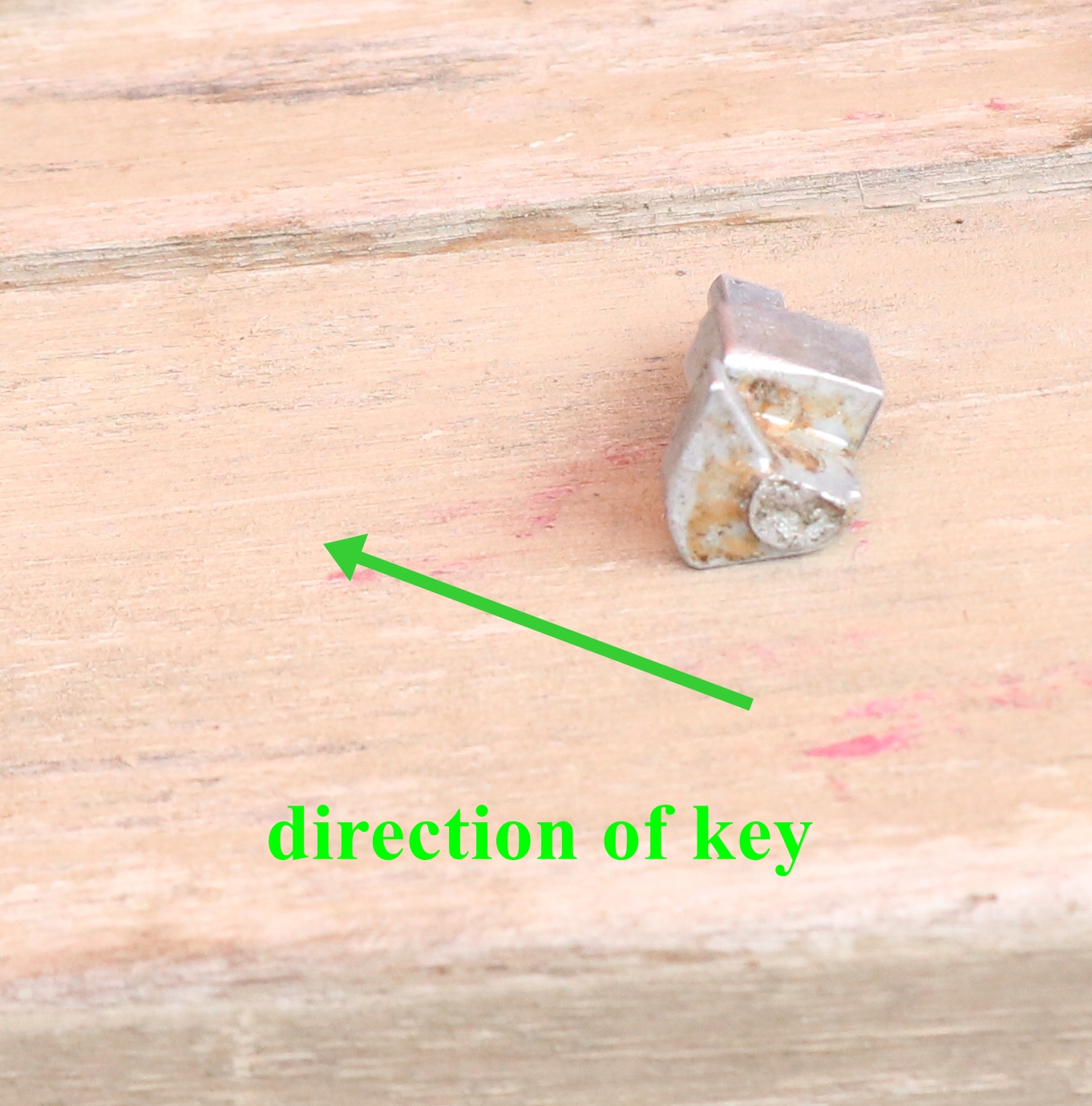 this is the bit that breaks off – you can see the V cam that moves the steering bolt pointing up and to the left  at the front- the part is almost in the right orientation to remove, it needs about 20 degees anticlockwise rotation! 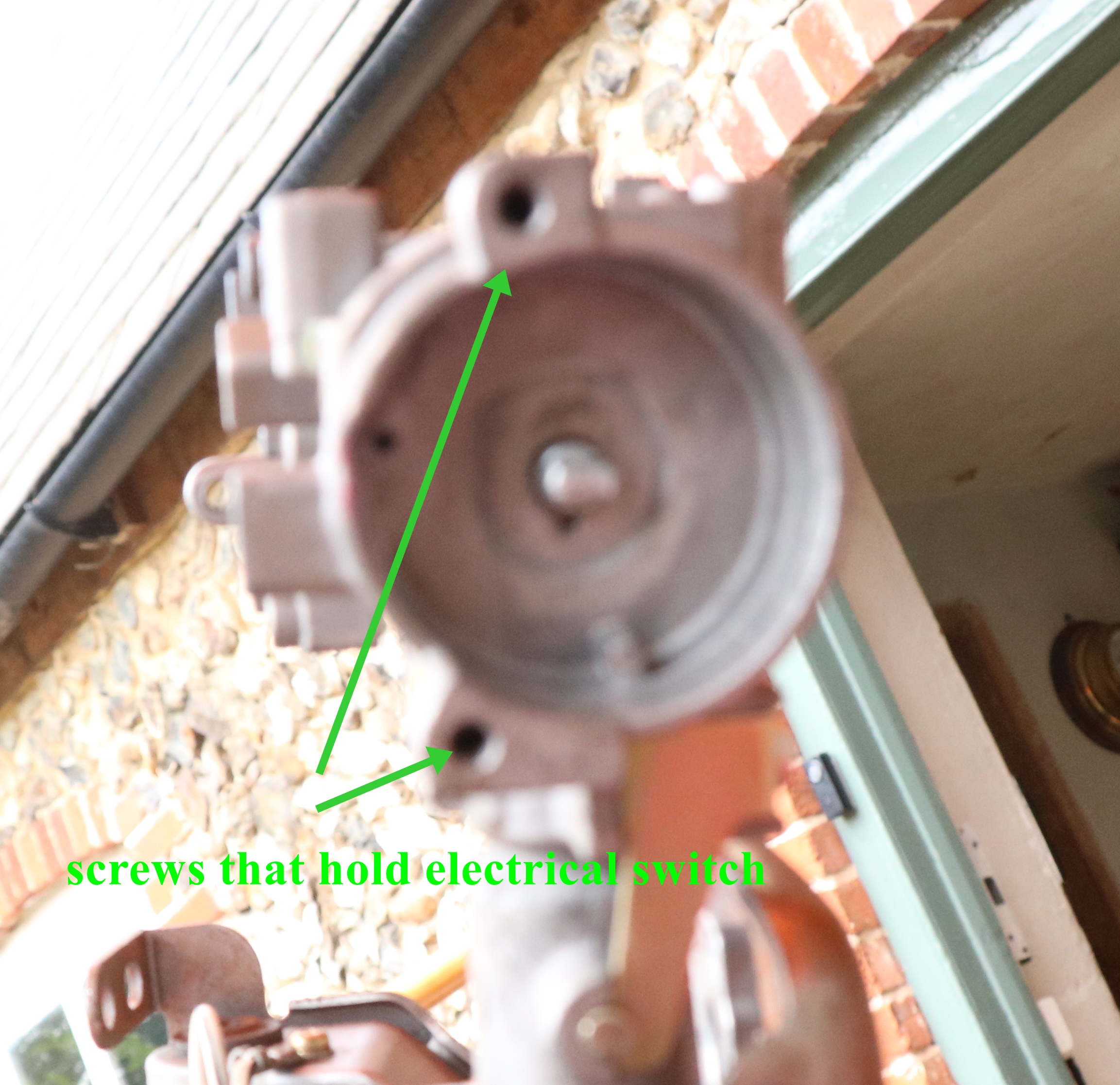 This is on its side – up is to the right – you can just see the keyway for the tab beneath the die cast link rod sticking through the housing – rhe flats on the end engage in the electrical switch. 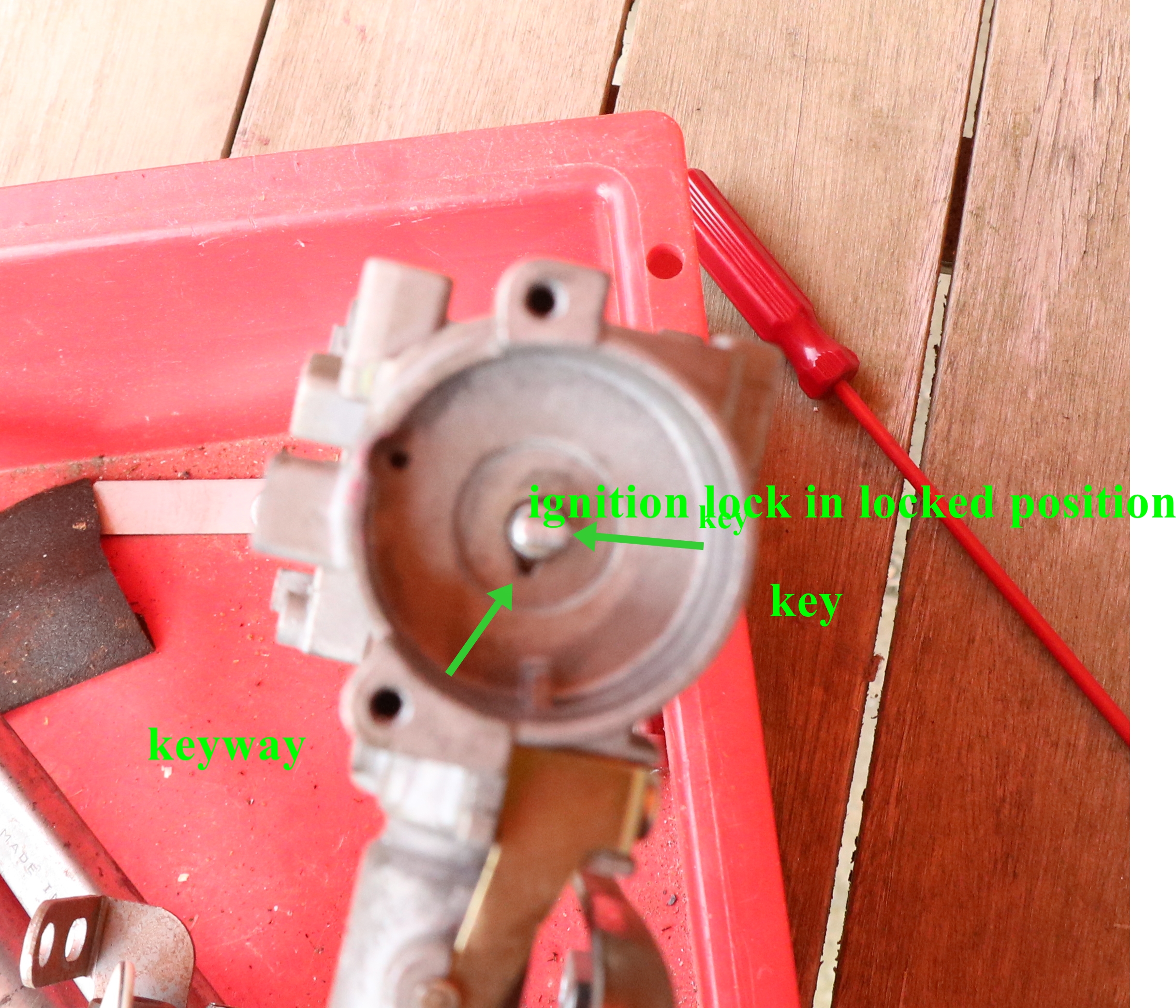 This is on its side too

April 2017 – I still have a more or less full set of bits of the whole steering column and lock assembly that I think is pretty well perfect – minus the shear bolts – if you are interested please contact me via the comment box – Cambridge area.

I put my 2000 Land Cruiser  VX into a tyre fitting company in Cambridge to have a puncture mended and left it parked with the front wheels on about half lock where I had driven into the shop.  When I came to pick it up I remembered that it needed the front wheels balanced    and asked them to do it while I read my newspaper.  I paid and went back to the car, took the keys from the door and put them in the lock which turned through the usual 30 degrees without any resistance or effect apart from lifting the steering column as is normal.   No ignition, and it didn’t release the steering lock.  Trying the steering wheel I found that there was quite a lot of tension against the lock.  I showed the boss, who said that he had turned on the ignition to read the mileage and it had been OK and no-one had touched it since.   With considerable difficulty the vehicle was winched onto a recovery vehicle and taken to the Cambridge Toyota garage, where it took us 3 hours to get it off the recovery truck!

After some considerable  delay they attacked the steering lock, and found that the tab linking the lock barrel to the ignition switch and steering lock was broken, so they ordered a new part and fitted it, only to discover that the steering lock came on as soon as the wheel was turned and couldn’t be released.   I was advised that  the fault originated in the steering column and a new one would be needed at very considerable additional expense, so I arranged to get a salvaged part, which was duly fitted.   This now works ( after a fashion… but read on………………

Revised story – I have now done ‘the forensics’ on the parts returned from Toyota, which consist of  ;- 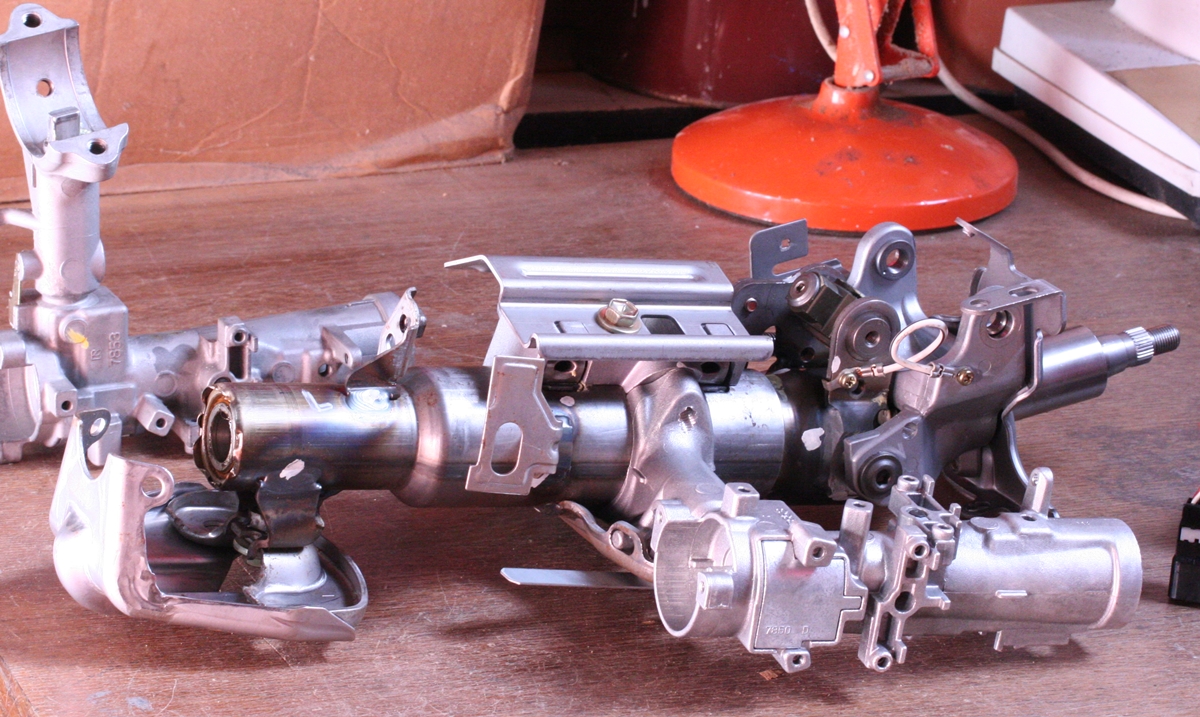 The cause of the initial failure was immediately obvious – the diecasting linking the key barrel to the steering column release and the ignition switch had sheared, and the sheared surface showed signs of repeated rubbings as attempts were made to disengage the steering lock ( back item Fig 1).

Fig 1 -The broken diecast link at the back, a good one at the front. This was the original fault due to force on the lock

The original lock housing, Fig 2,  ( removed by Toyota) had the bolt that locks into the slot in the steering column sprung out and undamaged – it could be retracted by pushing gently and the slide it was connected to could be seen down the lock barrel to slide up as the bolt was pushed.  A cam on the diecast link engages with the slide that withdraws the locking bolt  Clearly had the link been unbroken the lock would have functioned easily and  properly. 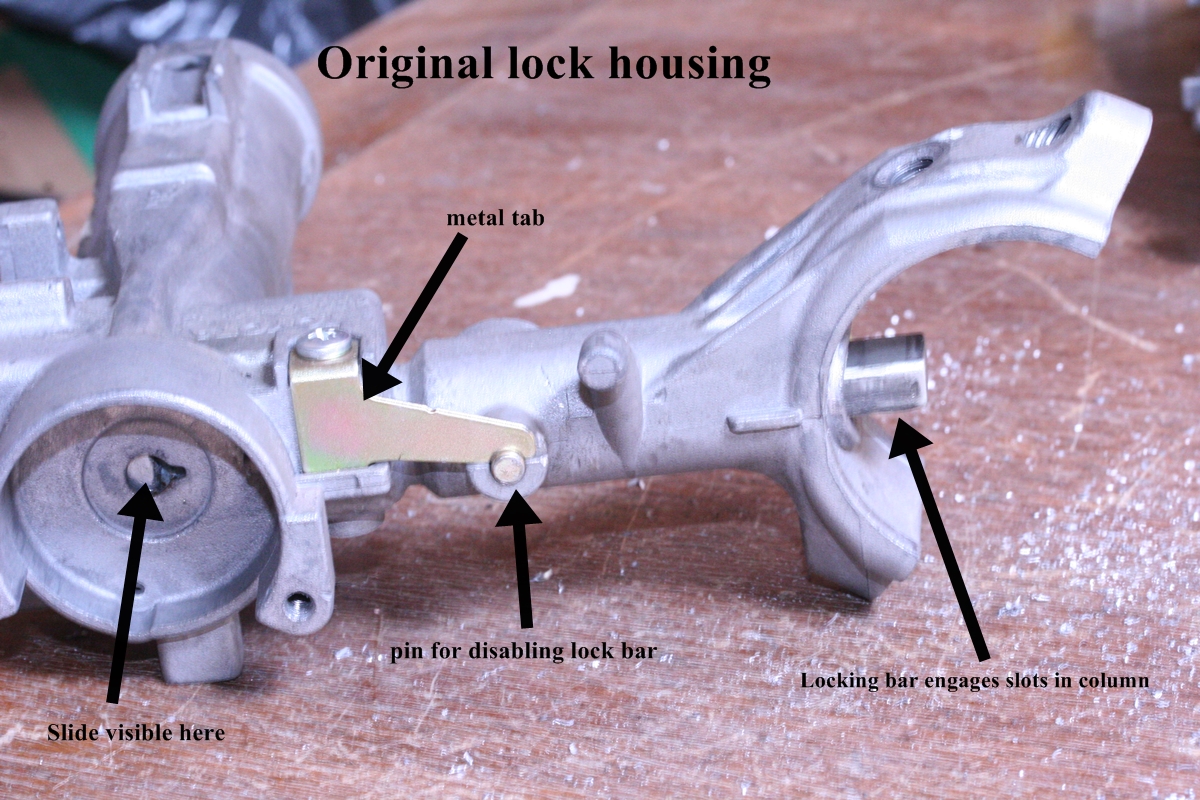 Fig 2 – The original lock housing – The metal tab holds the pin out, which lets the lock bar extend.

The original  steering column with the new lock housing was, as Toyota said, locked and wouldn’t turn- this they attributed to damage to the steering column.   I removed the locating pin and drilled out one of the shear bolts from the back as I couldn’t access the head easily, then cut through the other with and angle grinder and 1 mm disk – Fig 3, and released the lock housing.  I couldn’t clear a small metal tab  see Fig  4, on the side of the lock housing so I unscrewed it  and a pin it was holding popped into the housing. 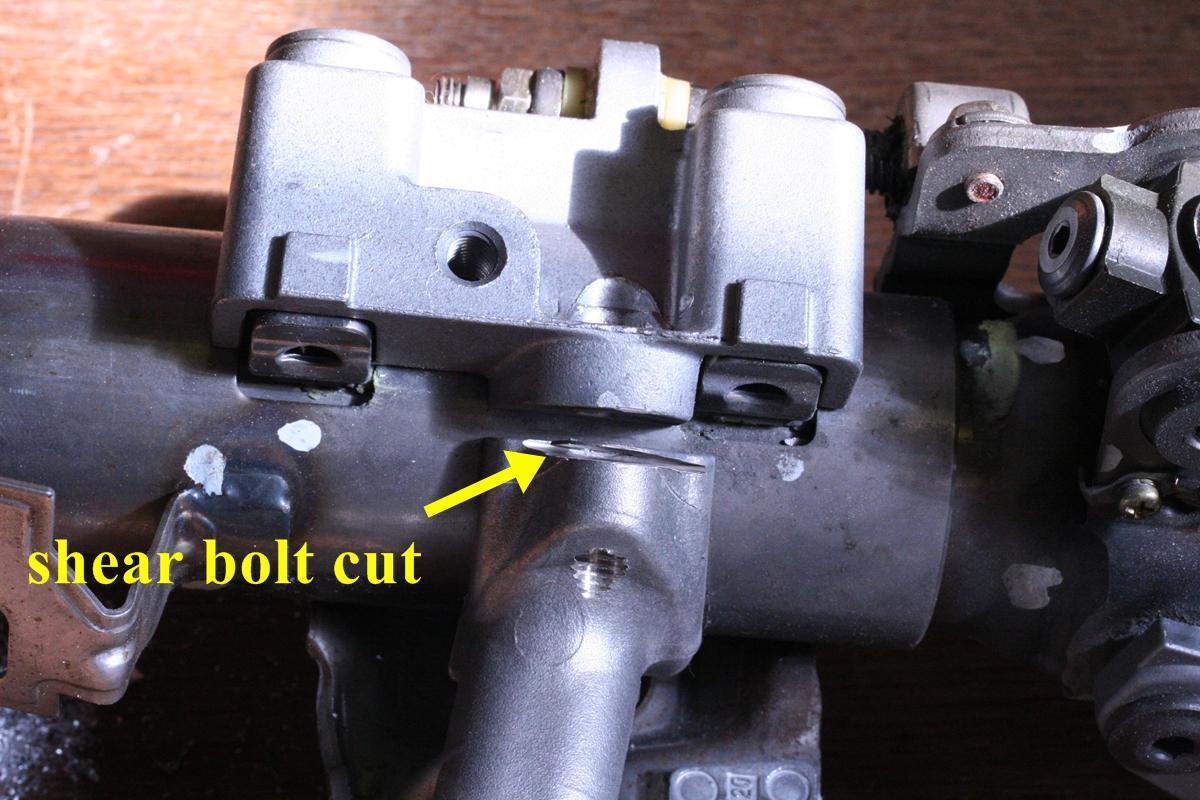 Fig 3 – the lock housing was removed by cutting one shear bolt and drilling the other out.

When I got  the lock housing  clear of the steering column after some fiddling the bar that engages with the locking slot in the steering column was sticking out a couple of mm – not enough to lock the column. The column now turned freely and  I searched for broken bits of metal etc but nothing emerged from the column except a couple of bits of a bearing shell that didn’t seem an obvious problem.

When I examined the new lock housing just removed from the column ( Fig 4) I removed the new link diecasting that was intact ( see Fig 2, nearest), and noticed that there was no slide visible within the housing linking the locking bar to the link diecasting. 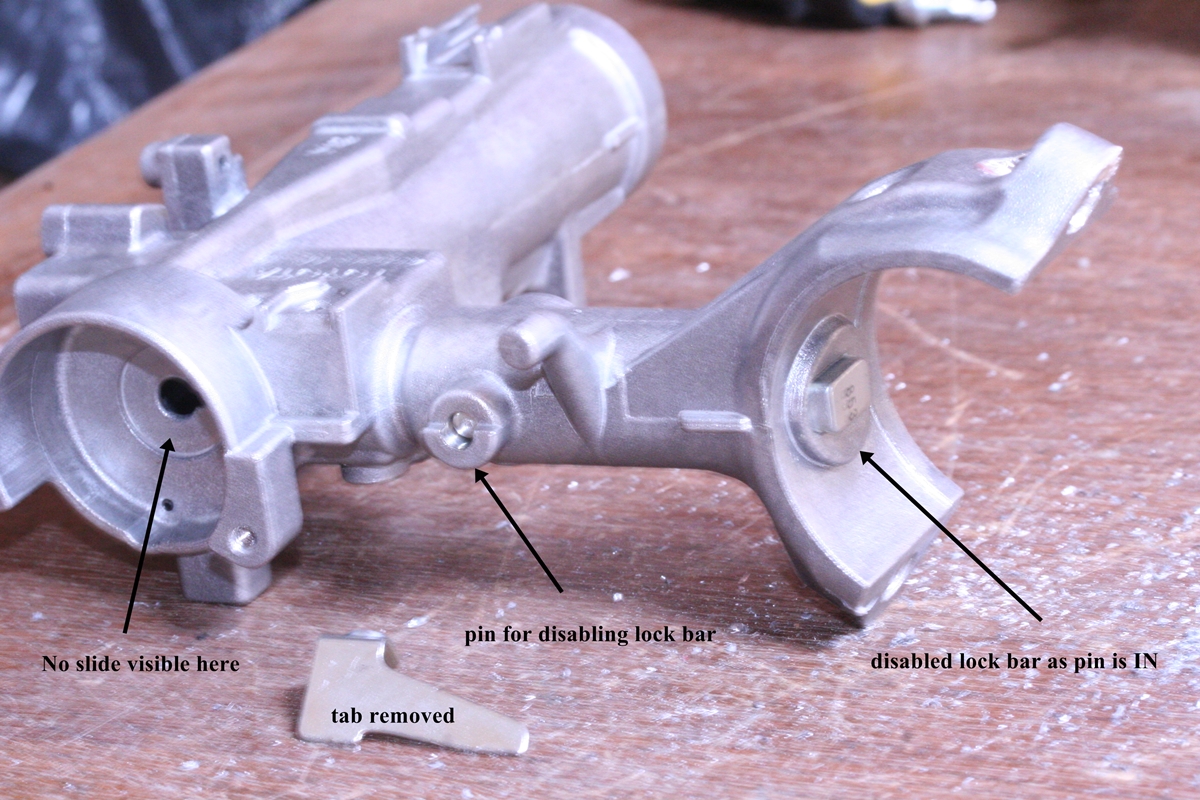 Fig 4 – The Toyota garage fitted lock housing with pin now IN and lock bar retracted – before I stripped it the pin was out and the bar exended.

The last part of the puzzle was the fact that when I got the lock housing free of the column the bar was not protruding enough to lock the column, whereas on the old lock housing it stuck out 12 mm.    The answer is the small tab I unscrewed and the pin that then sprung inwards. – This pin intercepts the locking bar and stops it engaging with the column – when the pin is out and the metal tab is holding it, as in the old lock housing, things work as they should, when the tab is removed the pin goes in and holds the bar out of the way of the column.  I removed the tab in the process of removing the lock housing from the column and released the pin.  At some point in fiddling to get the lock away from the column I must have pushed the bar in and it was latched by the pin.  There seems to be no no-destructive way to get the pin out once it has popped in ( actually, there is – later I turned up a stud with a 4.8mm end that went in the hole and attached a strong magnet to  the other end and pulled the stud out – it proved to function exactly as I thought in locking the lock bolt back in the housing clear of the column lock slot.) 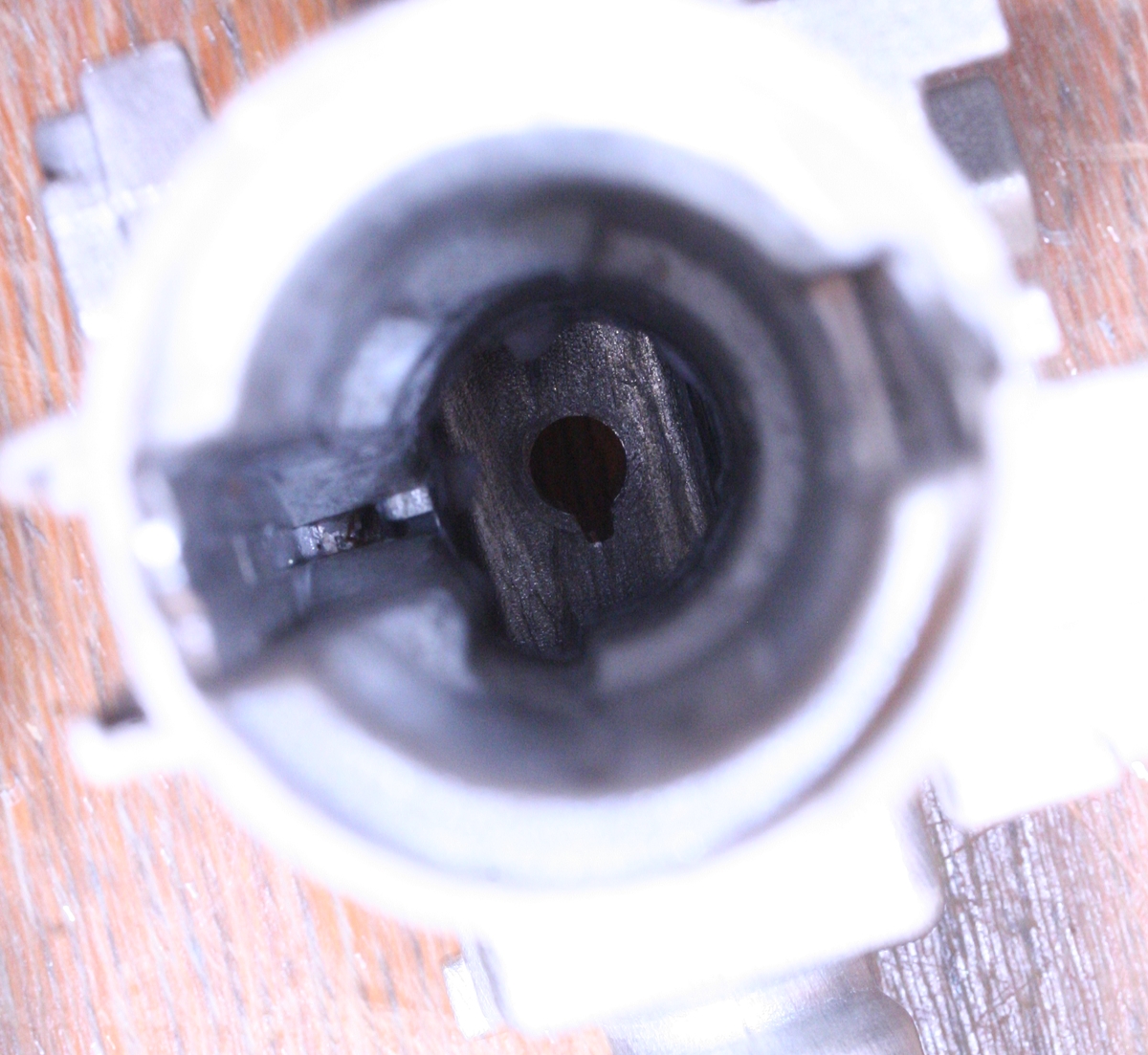 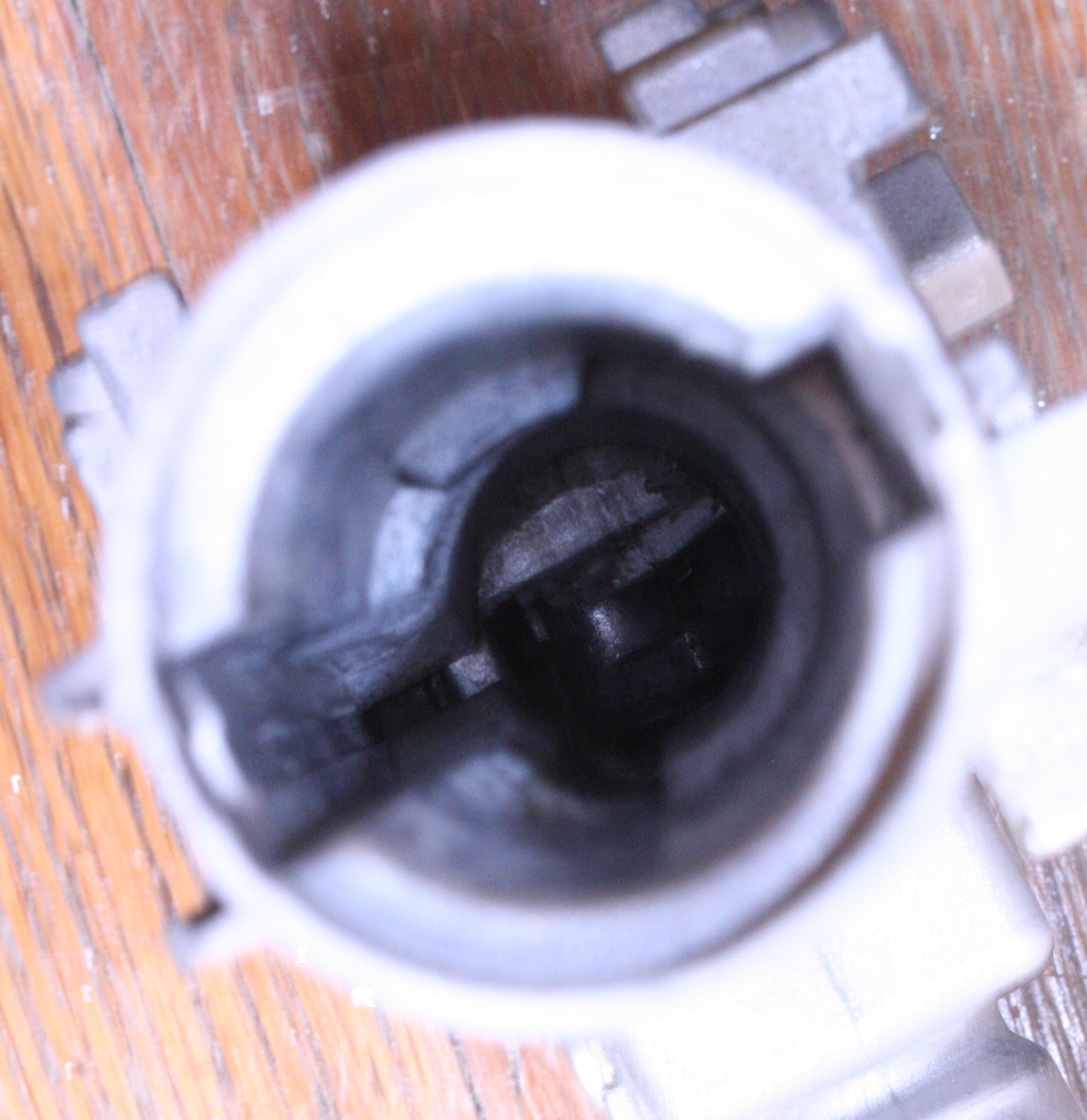 Postscript;-   I wish I had done the whole job myself!    It seems that if you have the key, and the lock barrel is intact you can remove the lock lock barrel by pushing in a small tab underneath the front of the barrel and rotating and extracting the barrel using the key  You then need to fish out the broken link bar and the end bit that has come off – if you can – and replacing them from a salvaged steering column.  You can get parts like that quite cheaply from breakers, and there is a website that will forward requests to a number of breakers who will contact you with offers.  A scrap Land Cruiser Amazon fetches around £2000 at the moment ( I’m told by one breaker) and the parts that are guaranteed to sell are the rear door flap, the front mudguards and the front bumper and running boards, plus I suppose various engine bits and auto gearboxes – the rest of the vehicle has very little commercial value – I got the complete steering column (minus one motor) for about £100, or I could have had one with a money back guarantee for very little more.  Mine was in perfect condition without any significant rust or damage.   I don’t know if you can get the link part from Toyota on its own,,,,     Even if I’d had to change the complete column it wouldn’t have been particularly difficult, and swapping columns doesn’t require that you shear the one way bolts holding the lock mechanism to the column.     ….wise after the event and minus a substantial amount of money – I really thought these things were almost impossible to hack, and one garage that should have known better said only Toyota could handle it – rubbish!