Here is a gun I bought back from Dick’s today to photograph – its been in his store for donkey’s years – the owner has long since forgotten he gave it to Dick for some repair of other but Dick seems to know who each gun belongs to from memory, which is quite a feat given most have been in store for well over ten years.  Open the gun in the normal toplever way and you are in for a surprise…. There is a short breechblock with firing pins floating about between the barrel and the breech face – you put in the cartridge and as you close the gun the block rises between the head of the cartridge and the breech face proper, sliding up in a slot cut in the chamber face – you can see the thick flange on the block.  The action is very neat, if you can work out how it moves, but the ‘why’ is a bit more of a puzzle! barrel with ‘floating breech in place on the back lump, the end of which is visible as a light square.

The proof marks would appear to be East German Suhl marks post 1950, but I’m not sure about that – so maybe another German gun?

The barrels also have a small ‘G&G’ stamp

So that is the puzzle gun of the moment!  I guess that with the floating breech in place, located and held by the groove in the barrel chamber, very little force is transmitted to the breech face when the cartridge fires. An interesting feature of this design is that the action body width is less than the width across the heads of the two cartridges – something that is impossible with a conventional breech.

And here is the answer to the puzzle from Joerg, see comments below; 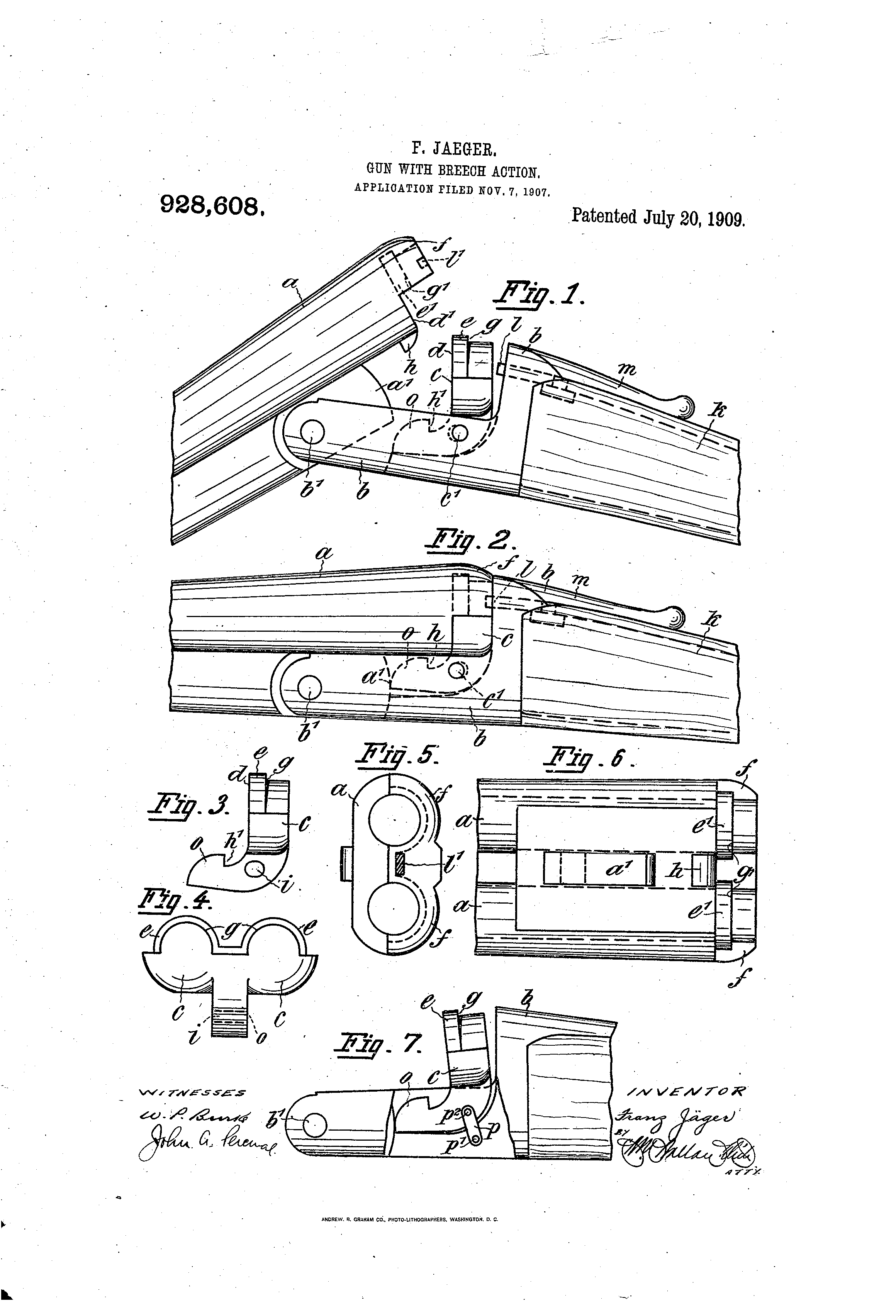 Shame about the rust though!  (the inside of the barrels is shootable, but has some pitting)