Cased pistol in good condition with flask, bullet mould, turnscrew and barrel key.  Pistol, flask and bullet mould and key ( slightly the too small) are contemporary, the rest are recent.

The pistol has a new butt fitted (original retained) and the under tang of the frame has been repaired. It has  Birmingham proof marks probably from  the official proof house that opened in 1813.  Henry Nock died in 1804, but his name probably helped sell these utilitarian pistols – they were made in large numbers in the late 18th and early 19th century, and were a cheap and effective personal protection weapon against footpads etc.  They were normally sold in a bag with the necessary key for unscrewing the barrel, and a small leather wallet containing a turnscrew for the cock screw and a couple of spare flints, plus the necessary bullet mould. 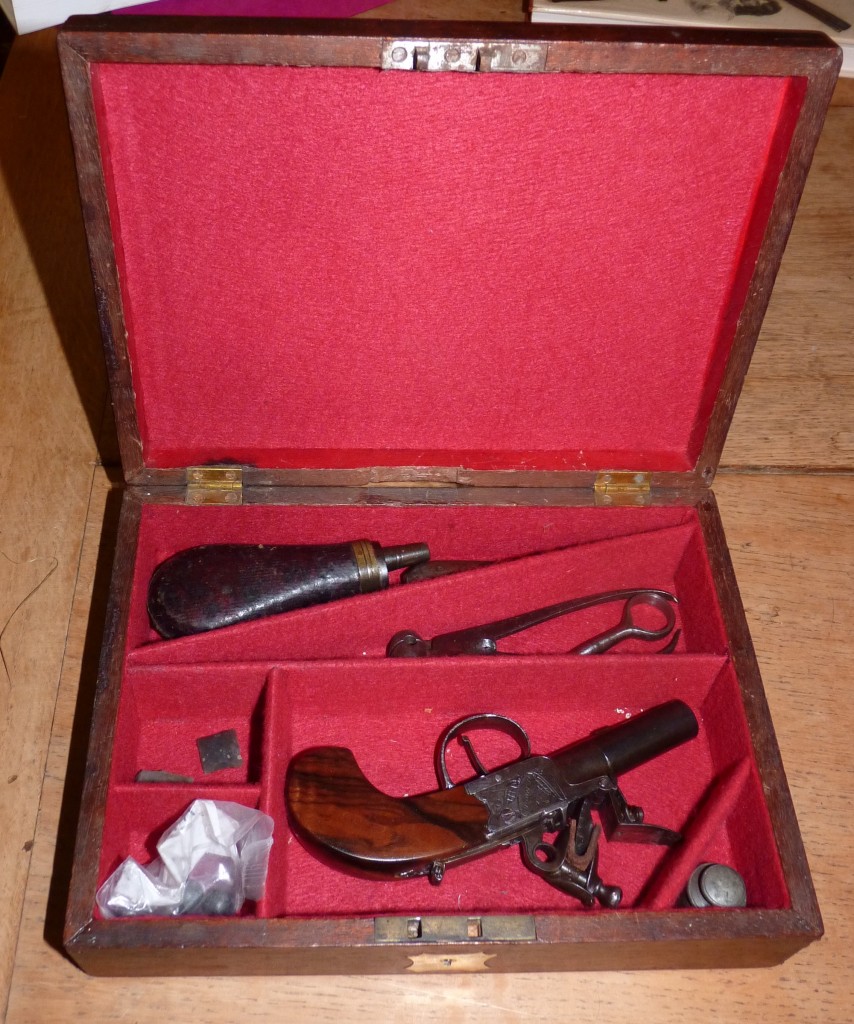 People think that because these pistols have the name of a famous maker on them, they were made by that maker – its probable that he never even took them out of the bag they came in, or possibly he got the youngest apprentice to unpack the boxes of a dozen when they came in from Birmingham and put them in bags.