Robin asked me to rescue this lock that had been converted to percussion and also savagely worked on at some later point – it isn’t clear what the objective was, but its a bit of a mess and I don’t feel that I’m violating my principles of not destroying historical material by recutting it – I’ll make sure I leave my initials on the inside of the lock…. 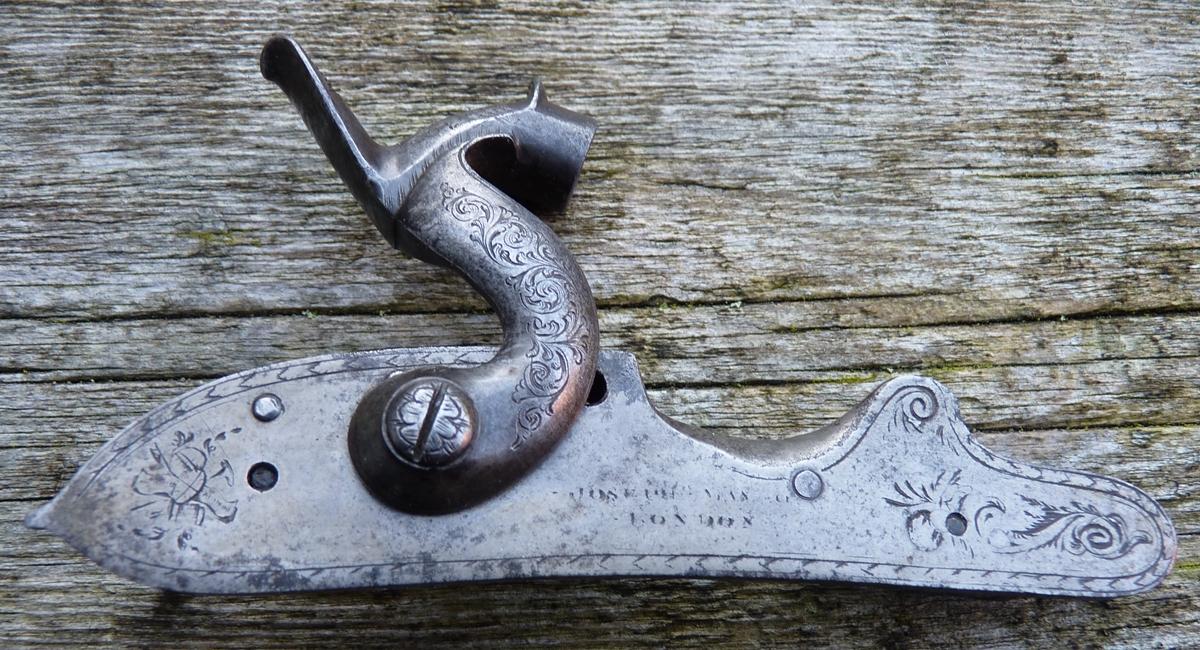 Robin’s Lock in a sorry state – the engraving on the nose obviously dates from the conversion at least 30 years after the lock was made.

The tail has a ‘stand of music’?  engraving somewhat similar to the  ‘?stand of arms’ I just recut on Fred’s butt tang – I can’t identify most of the elements on this one either, but it must be a standard design of the period  (update – see separate post ‘ Stand of Arms’ for history of this pattern) .