I’m  getting round to offering a few tools for engraving to help people get started, including simple gravers and sharpening jigs.

This is the basic tool for authentic antique gun engraving in steel  – They are ground and sharpened in the way that I would use for 95% of the engraving I do – that is with a 45 degree main face roughly cut on a grindwheel and  then the top of  point roll ground on the wheel to remove some surplus – all with lots of cooling to keep the temper of the point.  The roughly shaped tools are sharpened on a 1200 grit diamond hone at 45 degrees  and  then the two heels sharpened  at 15 degrees on an Arkansas stone  (the points are taken off first on a very very fine old diamond stone to save scoring the Arkansas stone).  All tools are  stropped to remove burrs  and are inspected under a microscope to make sure the heels are balanced.  I then make a very short, fine cut with them at high magnification  to check they are properly sharp.

The tools I sell have the heels ground to about 1/2 mm in length (20 thou) as this is slightly easier for a beginner than the 1/4 mm I use myself, but I’ll sharpen to whatever you want. 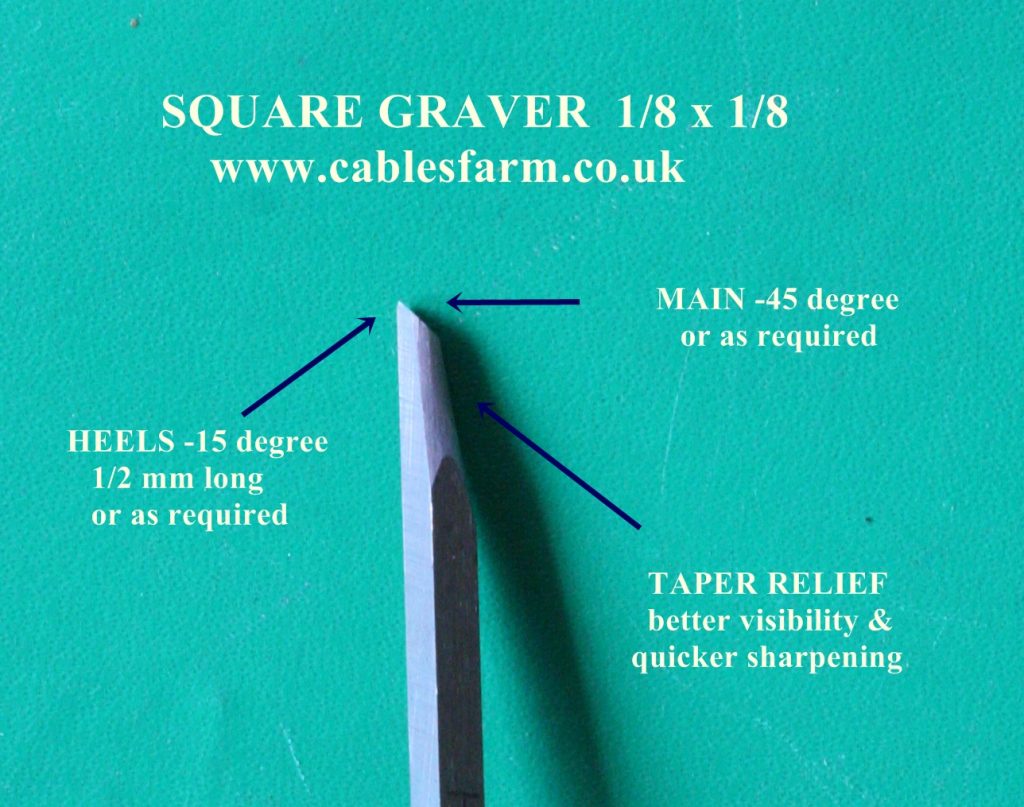 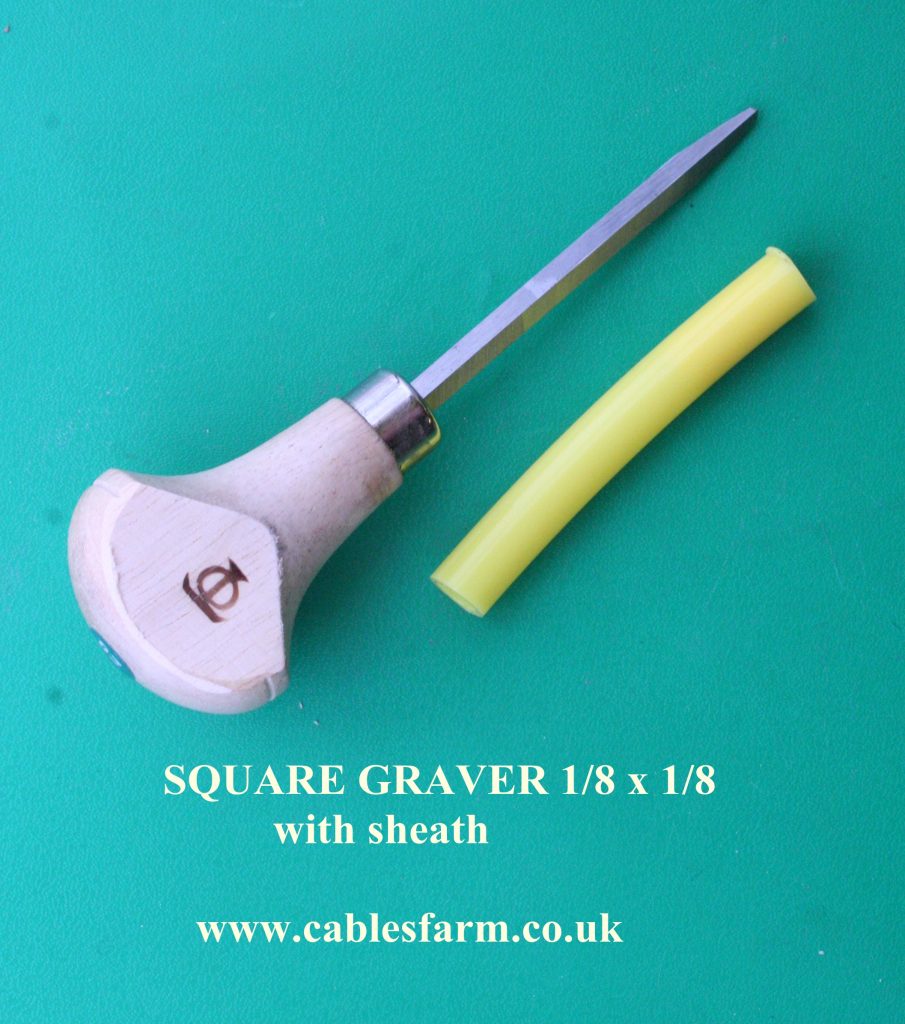 A pair of substantial graver sharpening jig specifically designed for fast and accurate sharpening of square gravers  up to 1/8  x 1/8  ( 3.2mm square)  on both the main cutting face and the two heels without  reconfiguring  the jig – the only thing that needs to be set up each time is the length of tool protruding from the jig, and a simple perspex gauge is provided preset for 15 and 45 degrees.    Suitable for 50mm wide diamond (must be continuous surface stones, i.e. DMT – needs 1200 grit for 45 degree face and 10000 grit extra extra fine for heels) ,  or Arkansas stones .  These are supplied a separate jigs for the two functions as the older combined jig was somewhat inconvenient to make and use.  The jigs are supplied with a plastic card cut to 15 and 45 degrees to check sharpening angles – you can make your own if you prefer different sharpening angles.   See VIDEO page for use of the jigs. 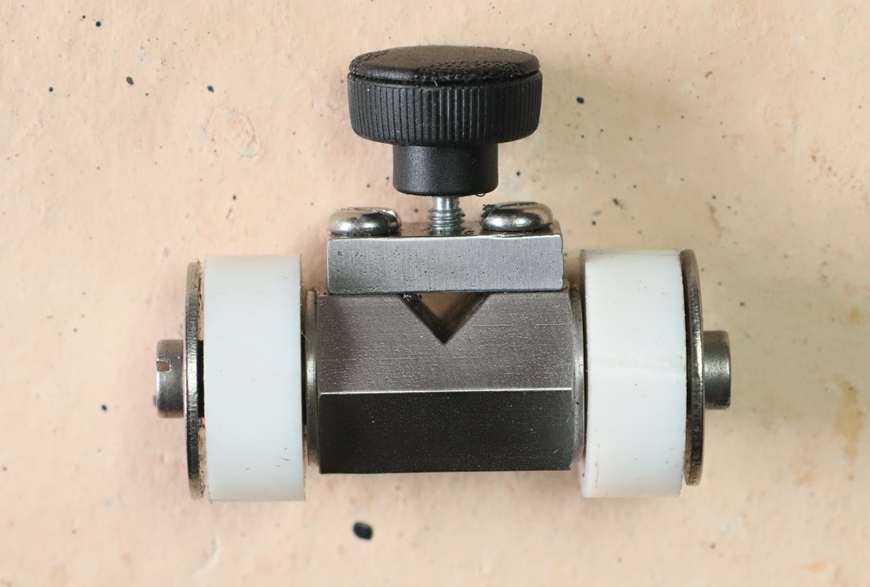 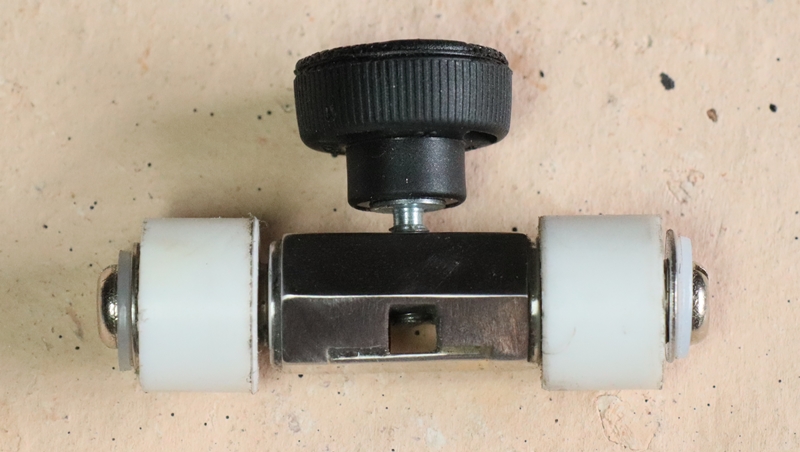 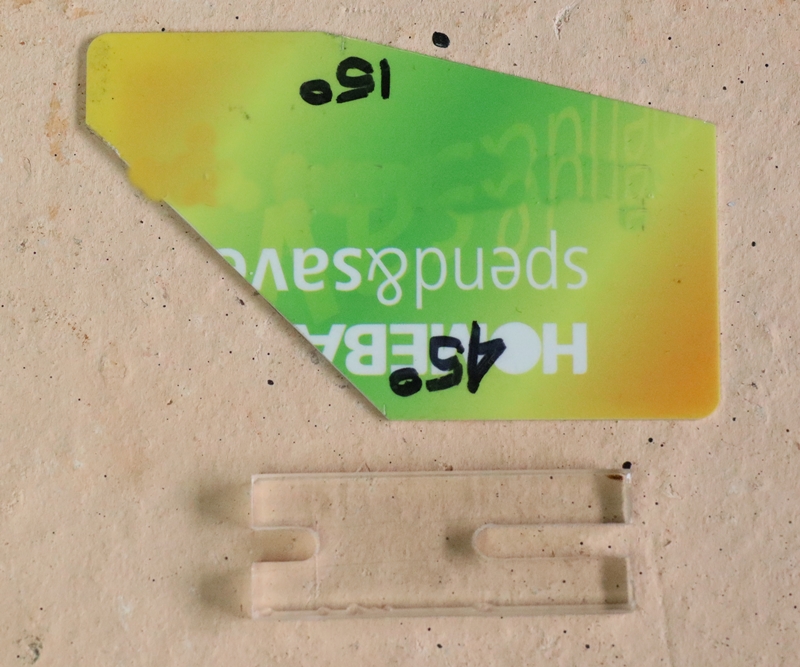 On muzzle loading shoots its often necessary to uncap your gun – unacpped it counts as unloaded on the shooting ground so you decap at the end of each drive, and whenever you want to reload having fired only a single barrel and the other is still loaded.  If you are doubled up on a peg this happens almost every time you swap with your peg mate.  In a normal morning this might mean removing around 10 to 20 caps.  Its usually very difficult to get the caps off and even more difficult to save them.  On the last shoot I went on Martin Crix lent us all little pairs of pliers on lanyards, because he was worried about the risk that people would reload with one barrel capped (there have been a couple of nasty accidents) . The pliers just about worked and were much better than an accident, but  on nipples with the normal degree of taper it was still difficult and you tended to pinch your fingers, so I came back and made a few of these decappers that seemed to work much better, and allowed you to save the caps ( at 6p each it may take some time to recoup the cost, but what is your life worth?)    I’ve made up a few and sold some at AML already, so I thought I’d put them on this site. They come with a ring and a lanyard, plus a nipple pricker in case you get a blocked nipple.  The de-capper is made of annealed spring steel – tough but  not  hard enough to damage a decent nipple 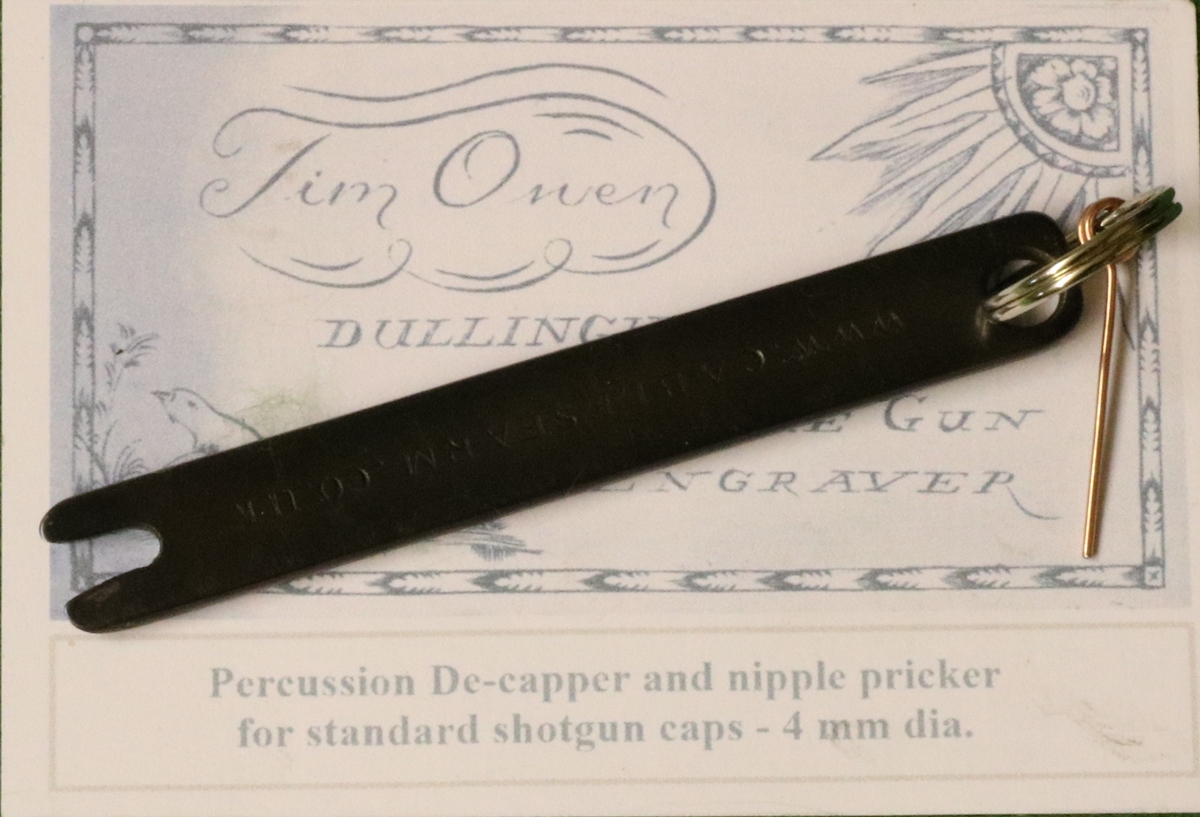 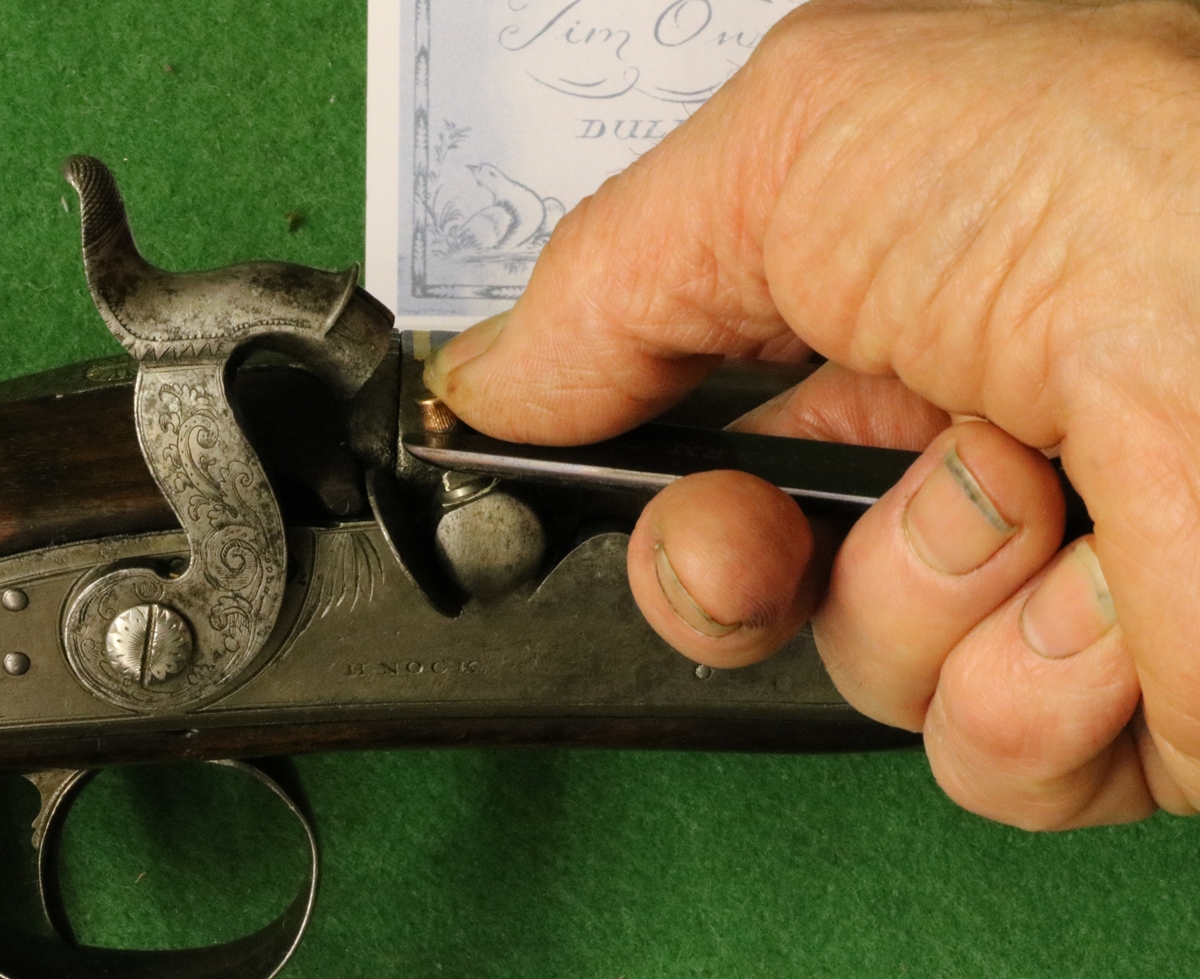 Payment by paypal is preferred  –  email me for details see contacts. 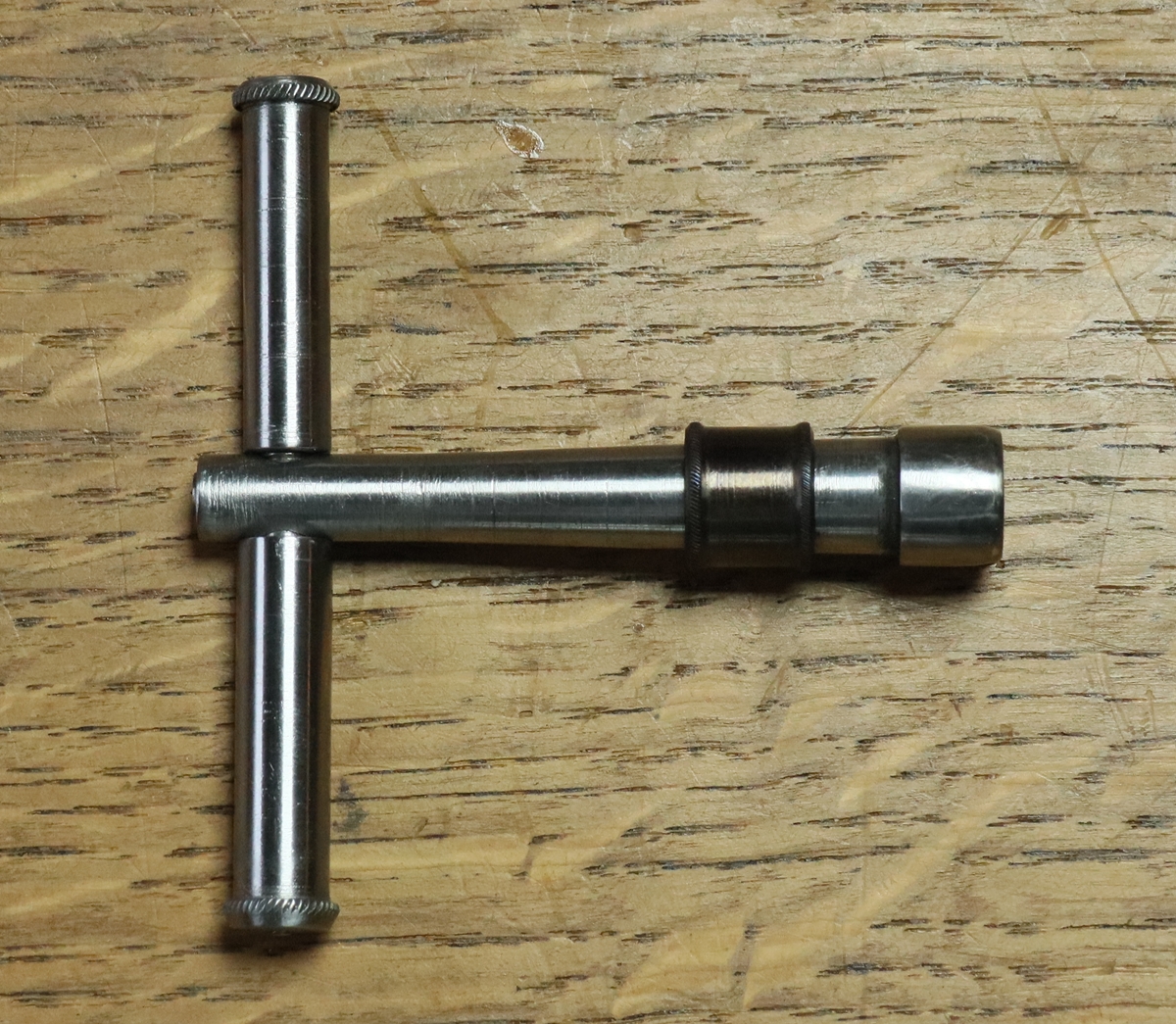